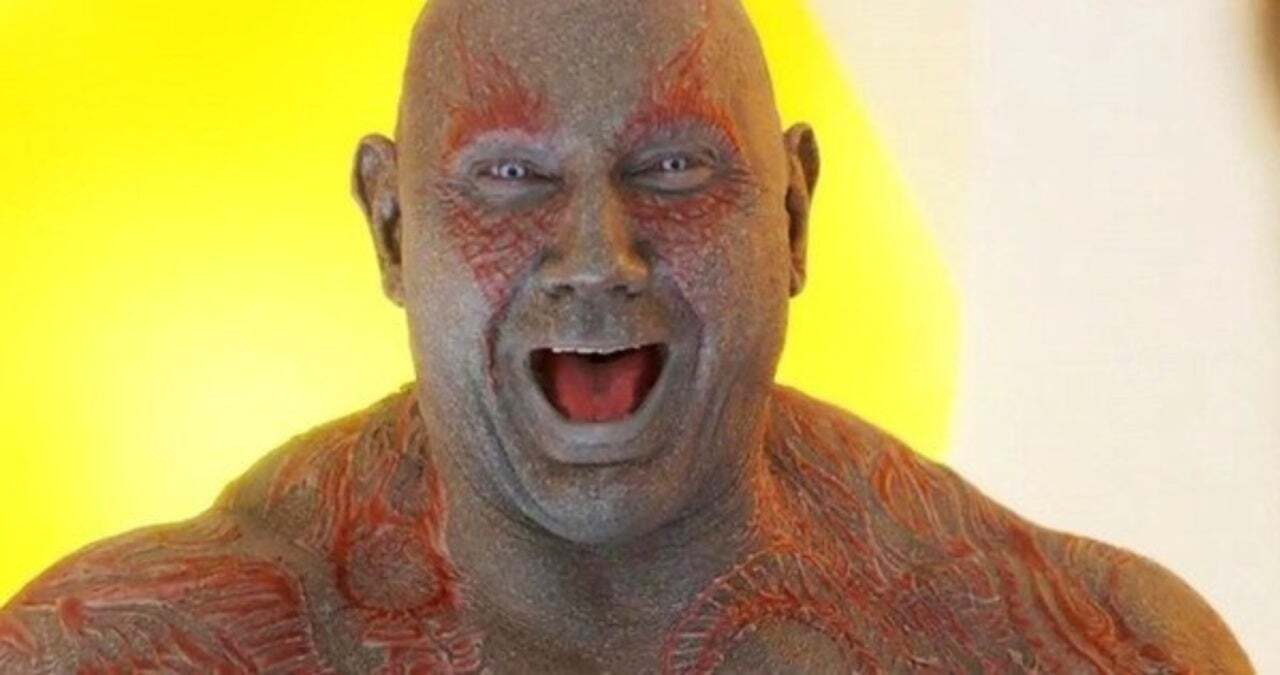 Even though he may have mastered the art of invisibility, it would seem that even Drax is not immune to the repercussions of the mighty Marvel Studios. Known for their near militant stance on secrecy with their films, the studio makes it incredibly hard for their actors to handle the press junket scene. Then, take into account that two of the biggest films ever, Avengers: Infinity War and Avengers: Endgame, were shot at the same time over the course of a year or so. So, can you really blame Dave Bautista for accidentally letting a little bit slip during a press tour?

While speaking with Collider, Bautista spoke about how even he didn’t go unscathed from the spoiler bug.

“I got a little grief for this which I felt horrible for. But you’re really kept in the dark for a lot of Marvel stuff, but for Infinity War and Endgame in particular you’re just really kept in the dark. I didn’t know how Infinity War ended. I had no idea. We shot all our stuff out of sequence, bits and pieces, so I was never privy to scripts. We shot it a little over a year straight, both Infinity War and Endgame, so I didn’t know which parts were gonna be in which movies. I was just really lost. But as we started doing press for Infinity War, I had been talking to the press openly about my work schedule and that I’d been filming for a year on both these films, not knowing how the first film was going to end and that we were going to disintegrate.

I actually had a discussion with the Russo brothers, because all they saw was that headline: ‘Dave Bautista’s Giving Spoilers For Endgame. And I wasn’t at all. I was just talking very openly about my work schedule and that was before I knew that I was gonna be turned into dust!”

This gives a little more light on the whole ‘spoiler’ fiasco amongst the actors (albeit Tom Holland just can’t keep a secret) and it should let us all give them just a little more slack. With such a jumbled and secretive nature to the shooting schedule, we would all be remiss to thing these actors could keep it all straight.

Does it make more sense now that Bautista gave this explanation? Be sure to let us know in the comments below!