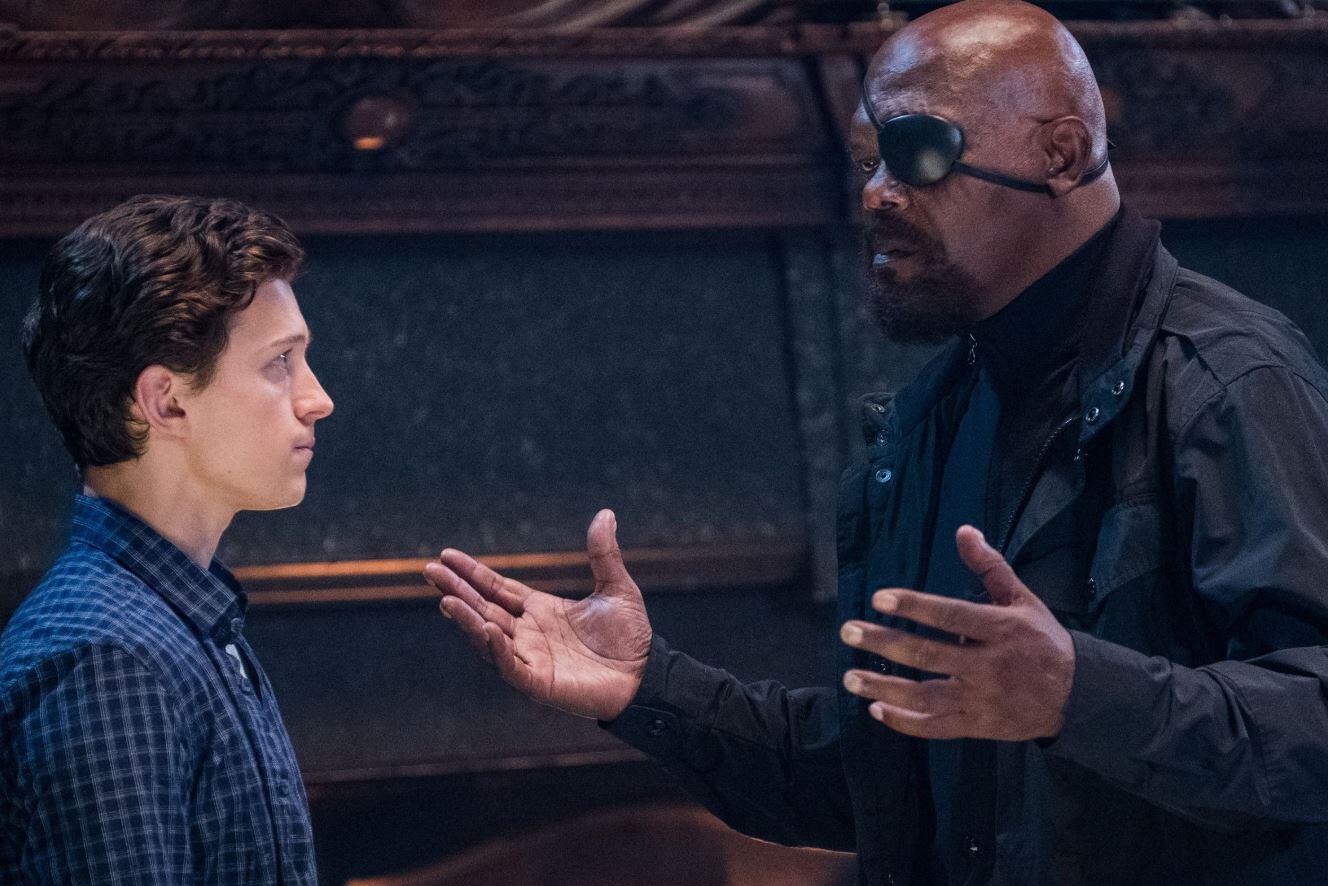 One of the biggest unanswered questions to come out of 2017’s Spider-Man: Homecoming definitely involved the sale of Tony Stark‘s fancy New York pad and former Avengers base of operations. At the time, theories included it becoming the new home of the Daily Bugle and the latest acquisition of rival company Oscorp. Now, a potential Easter Egg found in the latest entry – Spider-Man: Far From Home may have finally answered that question. Read on to find more but be warned, there will be spoilers for Spider-Man: Far From Home ahead!

The Easter Egg in question comes from the last scene before the credits roll which see’s the titular hero swinging through the city to meet MJ. He eventually lands not far from the former Stark Tower, as evidenced by its proximity to the Battle of New York memorial first seen in Avengers: Age of Ultron. However, those of you who can test your eyes from the happy couple may notice something interesting on the walls of a construction site behind.

If you look closely the wall clearly has an advert for a future construction, however what’s interesting is the choice of words. It features the slogan ‘We are so excited to show you what comes next?’

Whilst that alone may in fact be fairly generic, the interesting thing is what’s underneath the slogan – four circles containing a ‘1’, ‘2’, ‘3’ and a ‘?’

Whilst this may in fact be nothing but a random piece of background art, it could be a hint that the former Avengers Tower may end up housing fellow New York based Superhero team, The Fantastic Four as the new Baxter Building. While this idea was tossed about at the time of the previous films release, the fact that Disney was yet to secure the rights to the character meant it was unlikely. Now, with Marvel’s First Family safely at home with Marvel, this could be the ideal way to incorporate the classic location into the MCU.

With no confirmed plans for Reed Richards and Co. to join the MCU. It’s likely that this was nothing more than a clever Easter Egg, although with San Diego Comic-Con just around the corner – we may be hearing more about this very soon.

You can catch Spider-Man: Far From Home in cinemas now.