Sting Vs. The Undertaker Teased By WWE In New ‘Reimagined’ Video 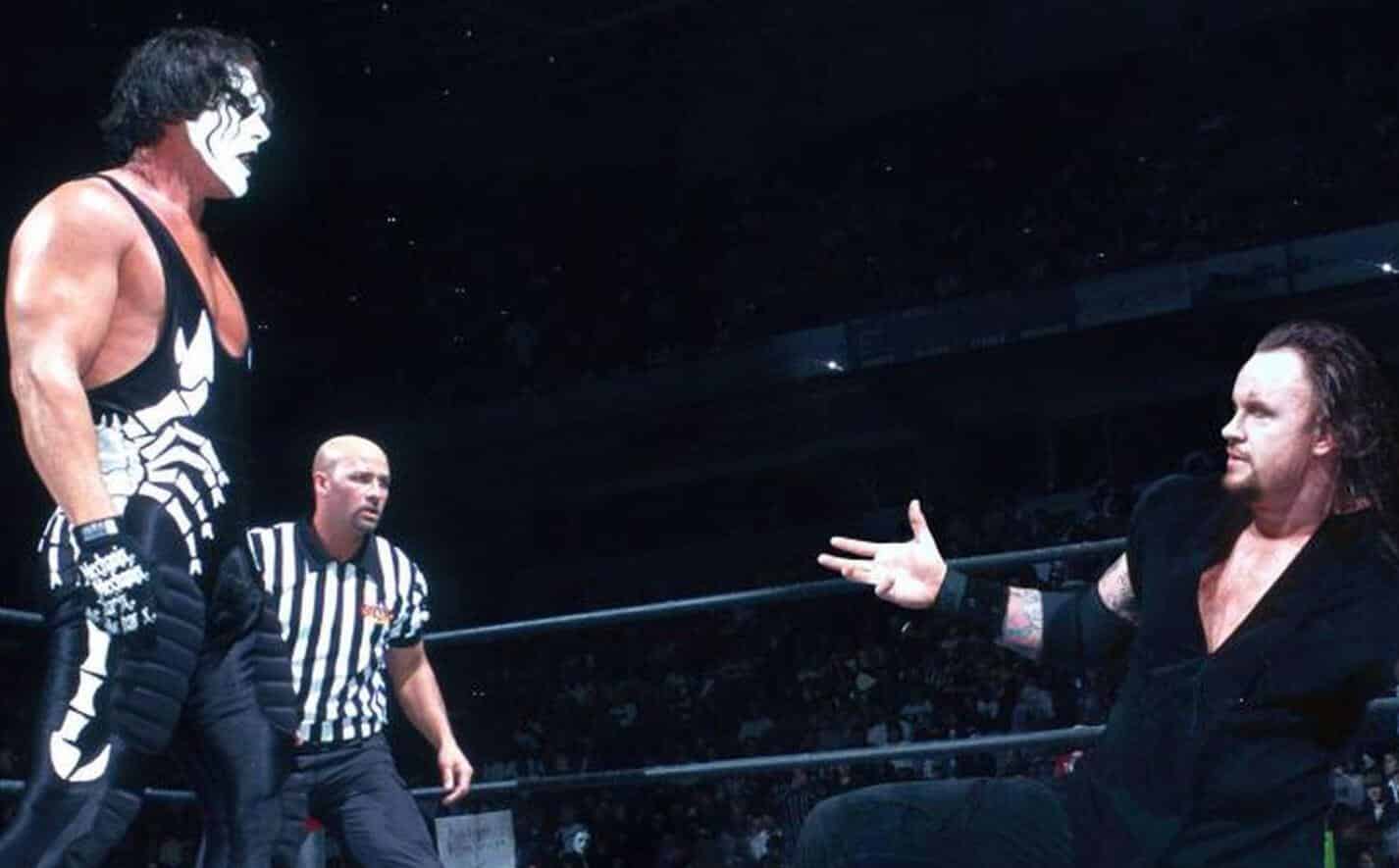 There are very few dream matches in Sports Entertainment that haven’t happened. In fact, unless you go to wrestlers of different generations, which is an impossibility, there is really only one match that never happened, but has been talked about for 30 plus years. I’m talking about Sting vs. The Undertaker. During the Monday Night Wars, no two wrestlers embodied their parent company more than these two icons. Sting was Mr. WCW, never wavering from the Turner owned company. ‘Taker was the foundation of WWE. The Deadman was, and still is, one of the greatest of all time.

But, what if, during the Monday Night Wars, ‘Taker had jumped ship to WCW like so many other stars did at that time? Well, WWE has ‘reimagined’ history in a new WWE Network segment.

‘WWE ReImagined’ is a new segment on The Network that has Superstars and Legends give their take on what would have happened if The Deadman had jumped to WCW during the height of the Monday Night Wars. Had this happen, everything we know in Sports Entertainment would effectively be different.

Had ‘Taker gone to WCW, WWE would have buckled, and we could have very well seen Vince McMahon selling off his company to Eric Bischoff and Time Warner, instead of the other way around. Superstars like Seth Rollins, Kevin Owens, and Natalya talked about ‘Taker being the one to defeat Goldberg’s massive winning streak, and it would have been a clean victory, versus the dirty NWO version we got. But, the main focus would have been Icon vs Icon. Sting vs ‘Taker. This is a dream match that has been postulated for decades, the biggest ‘What If?” in wrestling history.

Sting vs ‘Taker would have been arguably the most incredible trilogy of matches ever. Both men were at the top of their game in the Attitude Era. Both men defined their brands. It would have been the biggest money draw the sport had ever seen if these two had locked up. Alas, it would never come, but we all still dream. And, considering that ‘Taker is still active, and we’ll see him in action again as he teams with Roman Reigns to take on Shane McMahon and Drew MacIntyre at Extreme Rules.

Sting is retired, but has said on multiple occasions that he would come out of retirement for one match against the Deadman. Could this little video be a precursor to something down the line? After all, Sting did his portion of the video in full make up and gear. Could we finally see the greatest ‘What If?’ the sport has ever had? At this point, it’s still a pipe dream, but only time will tell.

Do you want to see Sting versus The Undertaker? Let us know in the comments below!