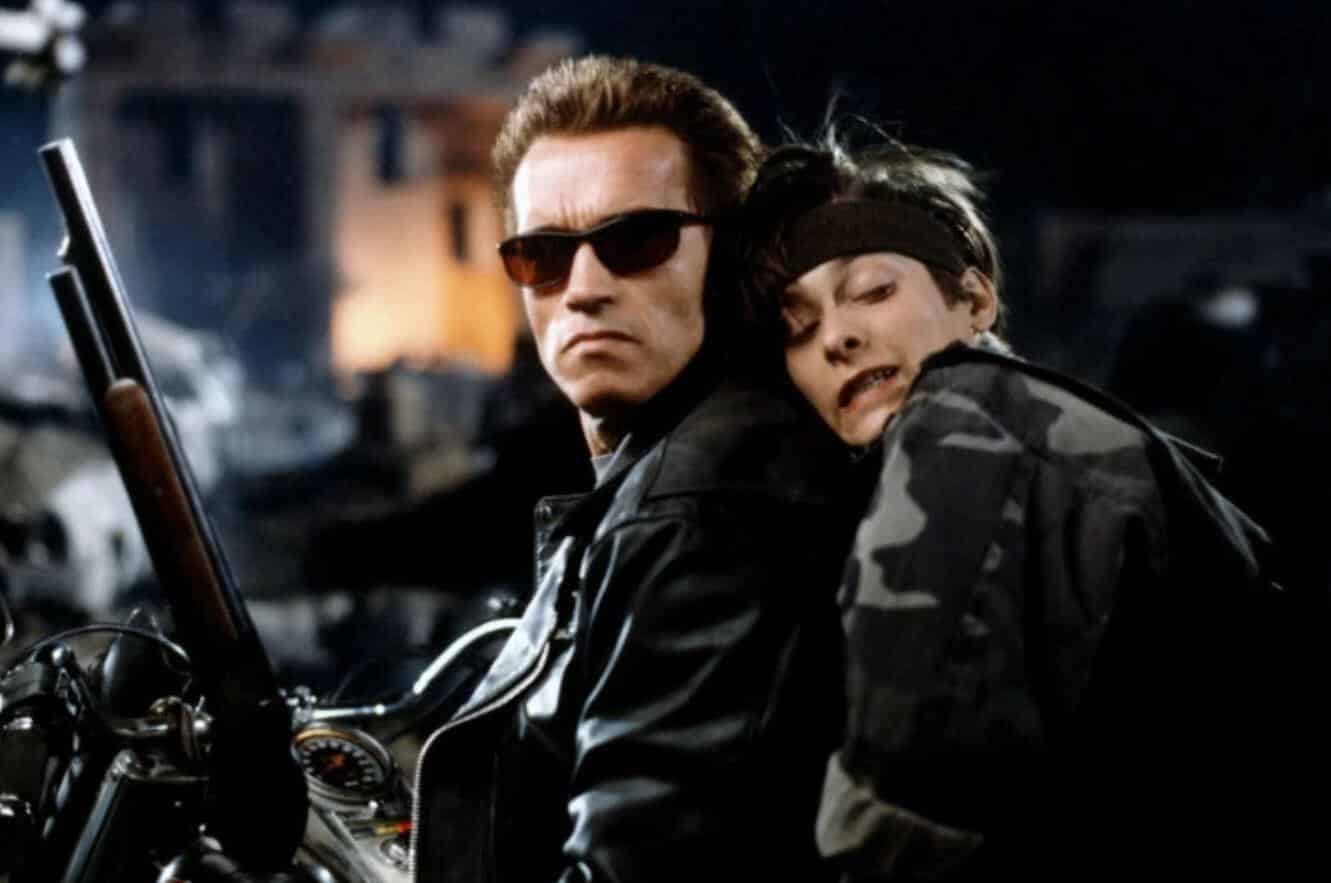 Rejoice, fellow nerds, because the SDCC circus has once again rolled into town. And yet, it arrives this week with something of an unsettling air surrounding it. Despite new material from the likes of Marvel, Paramount and Netflix, there are some uncomfortable gaps in this year’s lineup. Non-attendees include Sony, Lionsgate and Universal, however it’s the absence of DC and Warner Brothers that is being most keenly felt. But it’s not all doom and gloom, and the big reveals are already starting to come thick and fast. One of the first panels to open up today’s proceedings was for this year’s Terminator sequel reboot, Terminator: Dark Fate.

Executive Producer James Cameron was unfortunately unable to attend in person due to his filming commitments on the upcoming Avatar sequels, however he did still manage to put in an appearance in the shape of a video message, containing a pretty damn HUGE announcement.

In addition to all of the movie’s new cast members, which include Mackenzie Davis (Blade Runner 2049), Tom Hopper (The Umbrella Academy) and Gabriel Luna (Agents of SHIELD), there are a whole host of the franchise’s biggest fan-favorites reappearing. Not only will the movie see the now-regular return of Arnold Schwarzenegger, but this time he will be joined by both Jim Cameron and Linda Hamilton.

Up until now it had been believed that child actor Jude Collie had been cast to play a young version of John Connor for some planned flashback sequences, after he posed for some shots online alongside Arnie’s body-double, Brett Azar. Cameron’s video message though confirms that fans will be getting a whole lot more of Connor’s character, as Dark Fate will also see Edward Furlong reprising the role for the first time since 1991’s T2: Judgement Day.

“You’ve got Tim Miller fresh off of Deadpool. Me coming back to the franchise almost three decades later, and we’re coming up with crazy new stuff you’ve never seen before.” said Cameron. “One thing we kept circling around, ‘Do we want to bring Sarah back? And there is no Sarah but Linda, so how to do we talk Linda into being in this movie? We asked Linda to come back and thankfully she agreed and we built the story about that. Eddie Furlong is also back as John. “

Furlong has had a pretty torrid time of it since he last appeared in the franchise, including some very public struggles with alcohol and substance abuse, and allegations of domestic violence. It’s believed that these issues were what prevented him from starring in Terminator 3: Rise Of The Machines. The character has since been played by Nick Stahl, Christian Bale and Jason Clarke, and this lack of consistency is one of the many issues that have caused fans to walk away from the franchise in droves.

Sadly, it doesn’t seem like there are any plans afoot right now that would see the likes of Michael Biehn or Lance Henriksen showing their faces, but naturally we’ll keep you posted of any other new developments. After all, there’s still time for a few more big reveals before Terminator: Dark Fate finally lands in cinemas on November 1st…