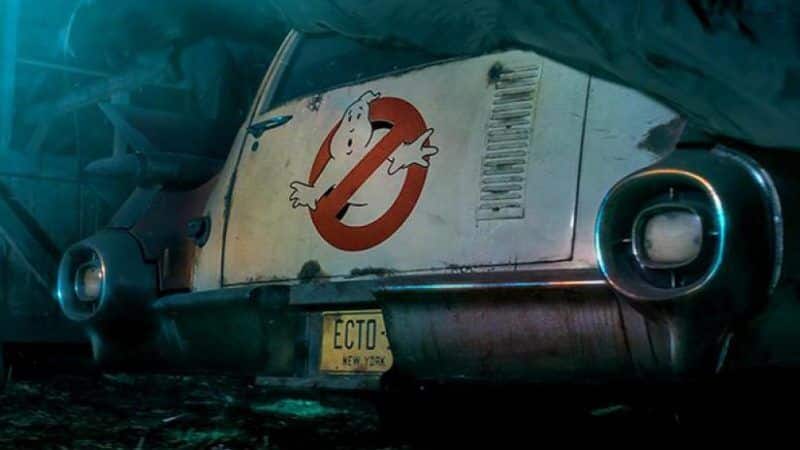 Who you gonna call? The Ghostbusters are back with the extremely long awaited third film featuring the original cast! Ghostbusters 2020 will bring back Dan Aykroyd, Bill Murray, Ernie Hudson, and the rest of the cast to complete the trilogy that has been 35 years in the making! And now, some BTS photos give us our best look yet at Ecto-1, and even a little easter egg from the first film!

Jason Reitman, the son of the original director, Ivan Reitman, is set to direct the third film in the series. This sequel comes nearly 30 years after the second film, and hot off the heels of the less than well received all female reboot we got in 2016. While this film brings back the beloved cast, it will focus on a new generation of Busters, as it is set to revolve around teens joining the fight of the paranormal. Now, BTS photos from on location reveal the iconic vehicle as well as a nod to the massive villain that terrorized New York back in 1984, the Stay-Puft Marshmallow Man.

The Ecto-1 looks a bit worse for wear, having seemingly been in storage for nearly 3 decades. It is covered in dirt and has quite a bit of rust damage to the running boards, wheel wells, and doors. Still, it is a striking vehicle, a converted hearse that is now the premiere paranormal battleship. Hopefully, it will get a car wash at some point in the film.

The Stay-Puft Marshmallow Man is a legendary character in cinematic history. The unmistakable dichotomy of this wholesome piece of childhood advertising turned monstrous giant hellbent on destruction has lived on ever since it first appeared in the early 80’s. There was even a cameo of sorts in the form of possessed Macy’s Thanksgiving Day Parade balloon in the 2016 reboot.

While some fans are skeptical about the younger direction of the film, it’s hard to not get excited about seeing the original cast back with the franchise.

Are you excited for Ghostbusters 2020? Let us know in the comments below!