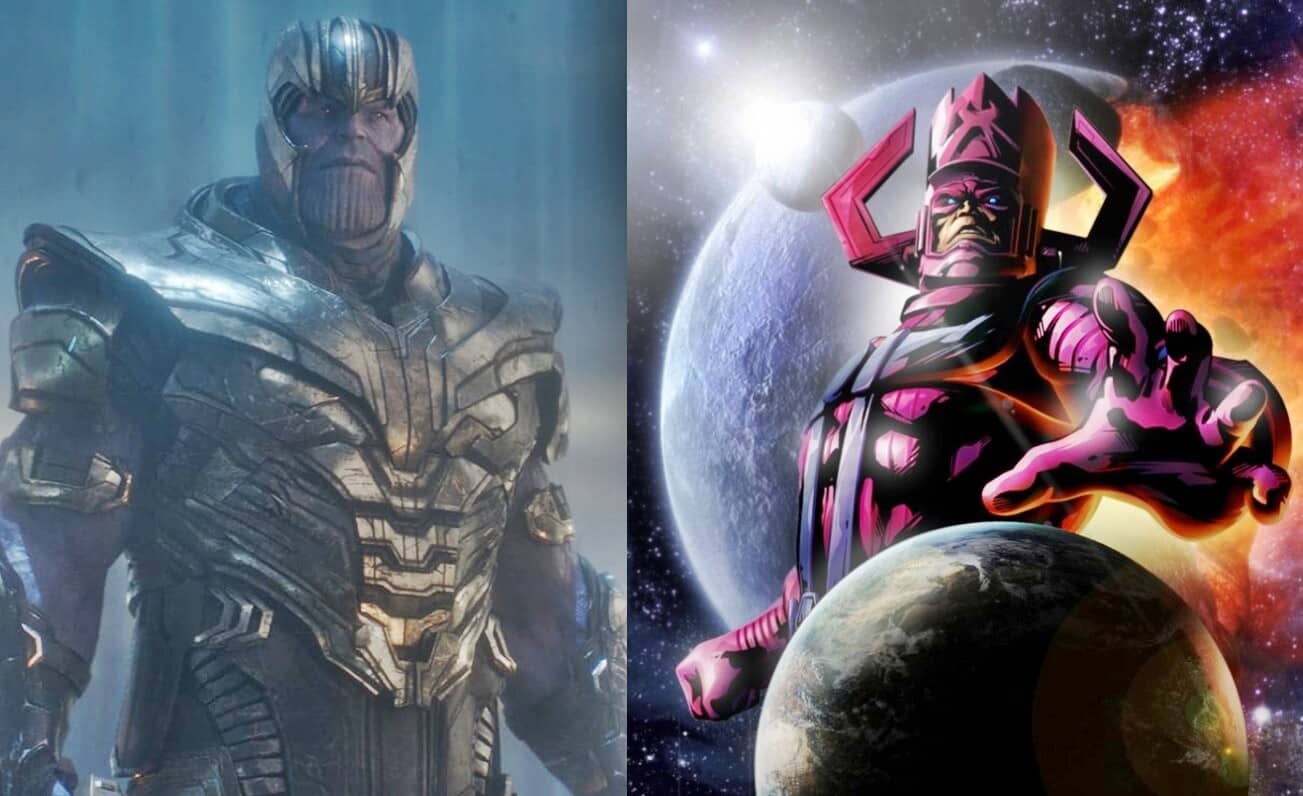 With 23 films and over a decade of interwoven storytelling, the Marvel Cinematic Universe is one of the biggest franchises in Hollywood history. And, having some of pop culture’s most iconic and beloved characters involved, fans have been overjoyed with the movies that Marvel Studios is producing. But, with a future that is being kept under wraps, and a slew of new characters now falling under the studios’ umbrella, fan theories are more abound than ever. This latest Avengers: Endgame theory involves a massive character and a very plausible introduction.

Over on Reddit, a fan has theorized how Thanos is responsible for bringing Galactus to the MCU. The World Eater is a massive, cosmic entity that could create a new Big Bad for the future phases of the Marvel films. However, until now, Fox owned the rights to the character under their ownership of the Fantastic Four and their subsequent characters. But, with Disney purchasing Fox, we could now get this amazing villain. And this fan lays out how.

Thanos had a backup plan. from FanTheories

The theory speculates that Thanos may have seen not only his own demise, but the fact that his balancing act wasn’t going to last. So, before reducing the Infinity Stones to atoms, Thanos may have also created an insurance policy. With any snap, you can do multiple things. So, when he snapped to atomize the stones, he may have also set up the creation of Galactus to thin out overpopulating planets.

While this would drastic alter the comic book origin of the massive being, it would be a sensible way to bring in the character whilst explaining why no one knew of his existence prior. It’s really hard to know of one’s existence if they didn’t exist before that moment. As far as fan theories go, this is a pretty good one. It makes sense that Thanos would look ahead with the Time Stone and see how his plan ultimately failed. And, it would explain why he still felt the need to say ‘I am inevitable’.

If he looked ahead, he would have seen that one in the 14,000,000 that gave the Avengers the win. So, why not create a humongous back up plan?

What do you think of this Avengers: Endgame theory? Let us know in the comments below!