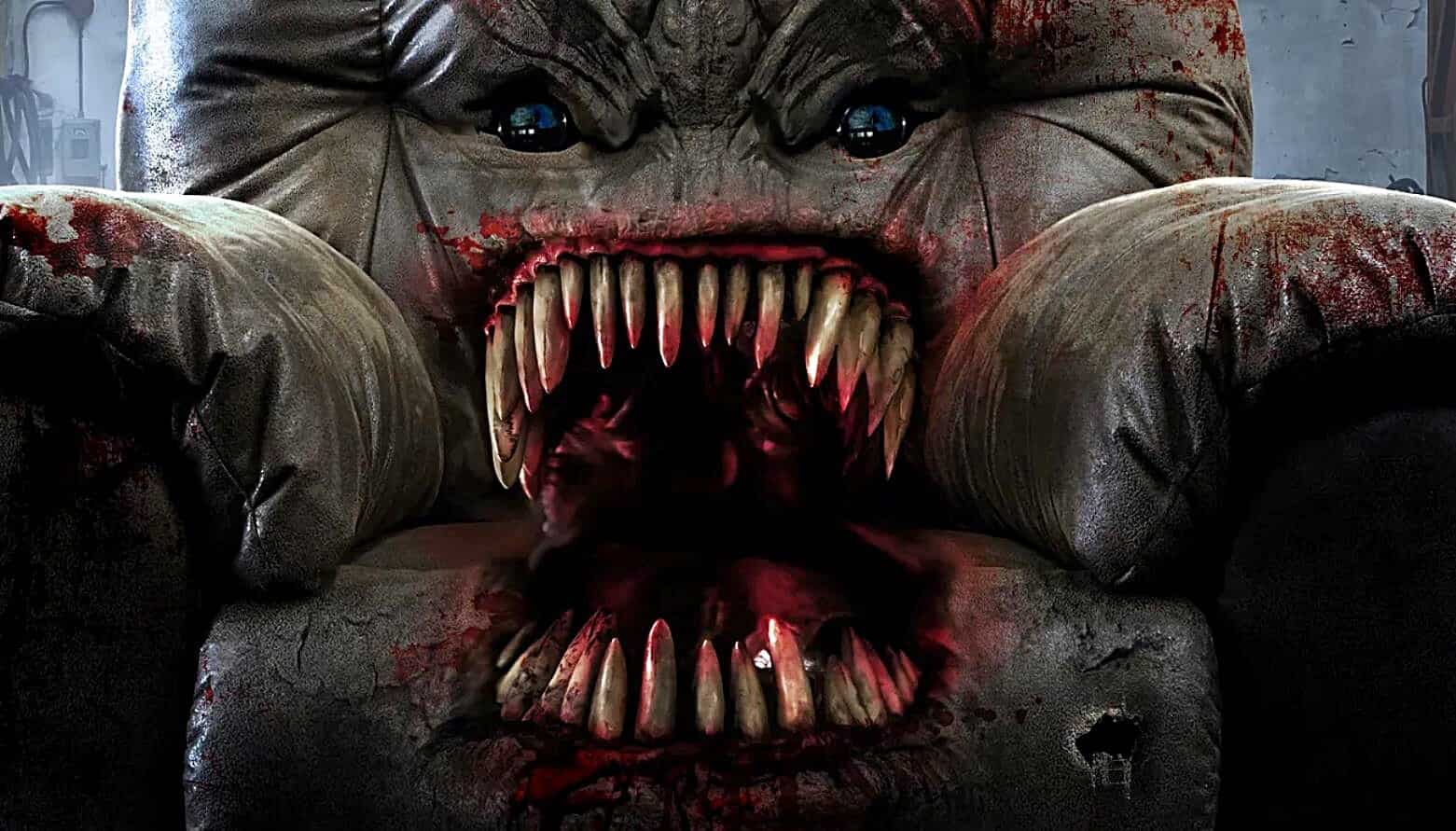 Horror is truly one of the most experimental genres in cinema, allowing writers and directors to develop unique new ways to unnerve audiences. Recent films like Midsommar and Us have extenuated that fact, with both serving as strong thematic statements alongside their horror tendencies. That being said, there might not be a more oft-kilter horror title this year than Killer Sofa.

With a title more literal than one would expect, Killer Sofa is a low-budget horror film that is trying to appeal to midnight movie audiences with its bizarre set-up: what if a killer chair was on the loose? Check out the official trailer and synopsis for the film:

“Francesca always attracted weirdos. When one of her stalkers is found dead, she looks for comfort from her best friend, Maxi. Meanwhile, Maxi’s grandfather, Jack, a disgraced Rabbi, comes across a reclining chair containing a Dybbuk inside. Jack and his voodoo sorceress partner try to find out where the recliner has been delivered while exploring Jack’s newfound gift for communicating with the other world. Meanwhile the reclining chair becomes enchanted by Francesca and starts committing crimes of passion.”

While the budgetary restrictions are apparent, Killer Sofa has the potential to be one of the better B-horror movies of the year. Good B-movies, in particular, are a rarity because far too often the filmmakers will approach the material with too much self-awareness, with the characters seemingly mugging at the camera to let the audience know they are in on the joke.

Killer Sofa looks to be approaching its wild premise with the utmost sincerity, which bodes well for its potential as a midnight movie. I hope this film can deliver some unorthodox kills and thrills, because the potential for something unique is there on paper.

What do you think of the Killer Sofa trailer? Let us know in the comments!