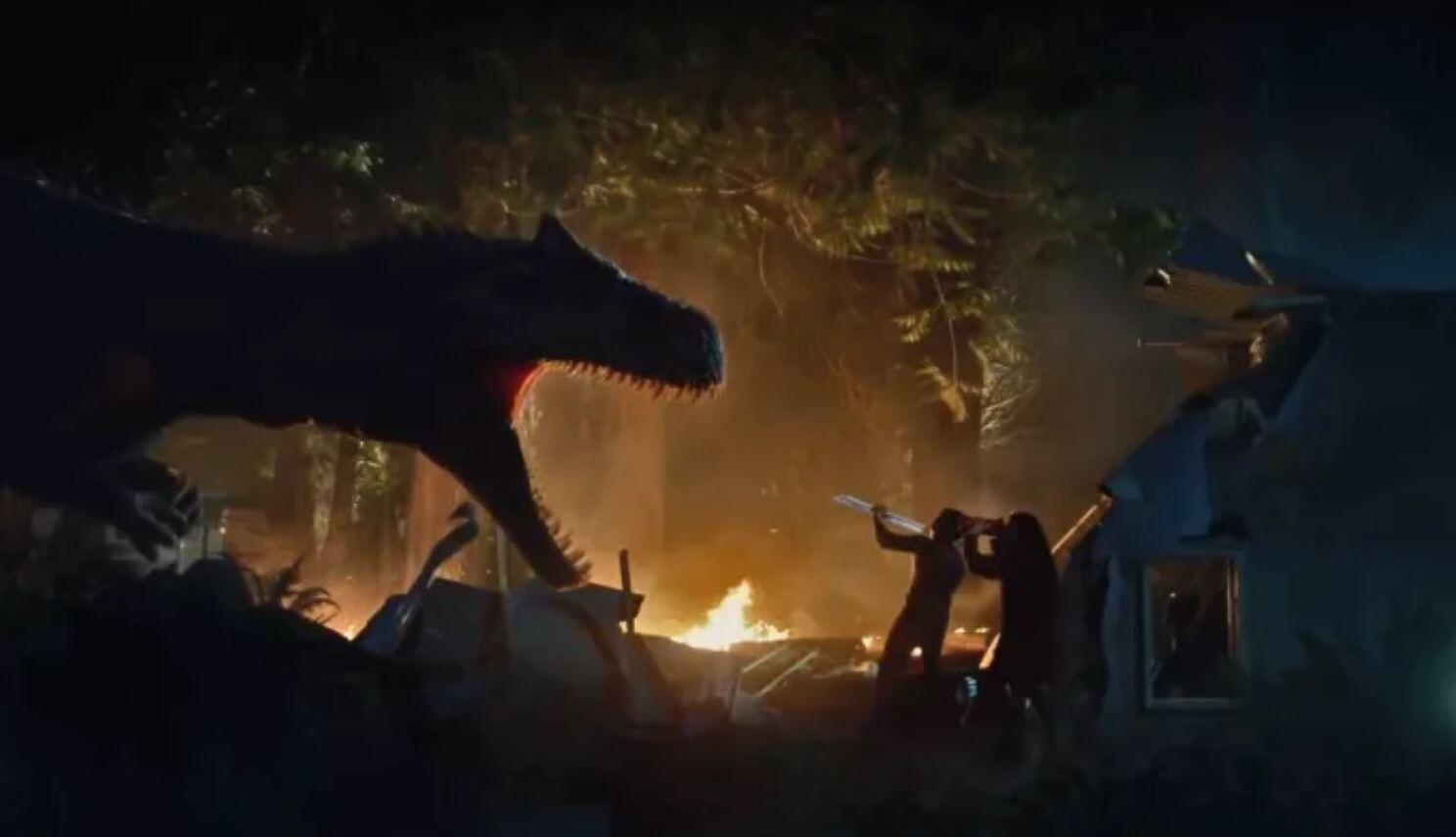 Fans of the long-running dinosaur franchise can rejoice. Jurassic World 3, you ask? Nah. But that is on the horizon. Out of nowhere, FX aired a short that exists in the Jurassic universe in Battle at Big Rock. Unfortunately, it doesn’t include Owen Grady, Claire Dearing, Ian Malcolm, or Alan Grant. But it includes the even bigger stars – the dinosaurs!

While fans are awaiting Jurassic World 3, and whether or not if Sam Neill’s Dr. Grant will return, they can munch on Jurassic World: Battle at Big Rock. After airing this surprise showcase, FX released the short online for any who missed it.

The story follows Andre Holland and Natalie Martinez surviving a world in the aftermath of Jurassic World: Fallen Kingdom (check out or review of the movie). They and their kids are enjoying a vacation at Big Rock National Park. But as you know, in these films, you don’t enjoy your vacations.

Colin Trevorrow directed this little nugget. He will transition into directing Jurassic World 3. He wrote the first two installments of the Jurassic World franchise. And he also co-wrote the upcoming Star Wars: The Rise of Skywalker. According to Screen Rant, he had this to say about his newest venture,

“We hunt animals, we traffic them, we herd them, we breed them, we invade their territory and pay the price. But we don’t go to war with them. If that was the case, we’d have lost that war a long time ago.”

The Jurassic movies started off as failed attempts at theme parks. In the second movie, The Lost World, its creator, Dr. Hammond, wanted to move his park to L.A. In which, the rest of the world was re-introduced to these terrible thunderlizards. Flash-forward all these years, and Fallen Kingdom actually released these creatures upon the world.

Though new to this world, Holland and Martinez are seasoned actors. Holland was on the Stephen King series, Castle Rock, and a player in American Horror Story. Whilst, Martinez was in another Stephen King show, Under the Dome. She also had a recurring role on CSI: NY. They are joined by newcomers, Melody Hurd and Pierson Salvador as their kids. This is Hurd’s first role. However, Salvador was on NOS4A2 — not a show based on Stephen King’s work, but his son’s, Joe Hill. He also appeared on episodes of Blindspot and Gotham.

If you’re behind, I’m sure you can find the early chapters of Jurassic Park somewhere to stream. Jurassic World and Jurassic World: Fallen Kingdom are available on Digital and Blu-Ray. And Jurassic World 3 is expected sometime in 2021. For updates, stay tuned to Screen Geek.