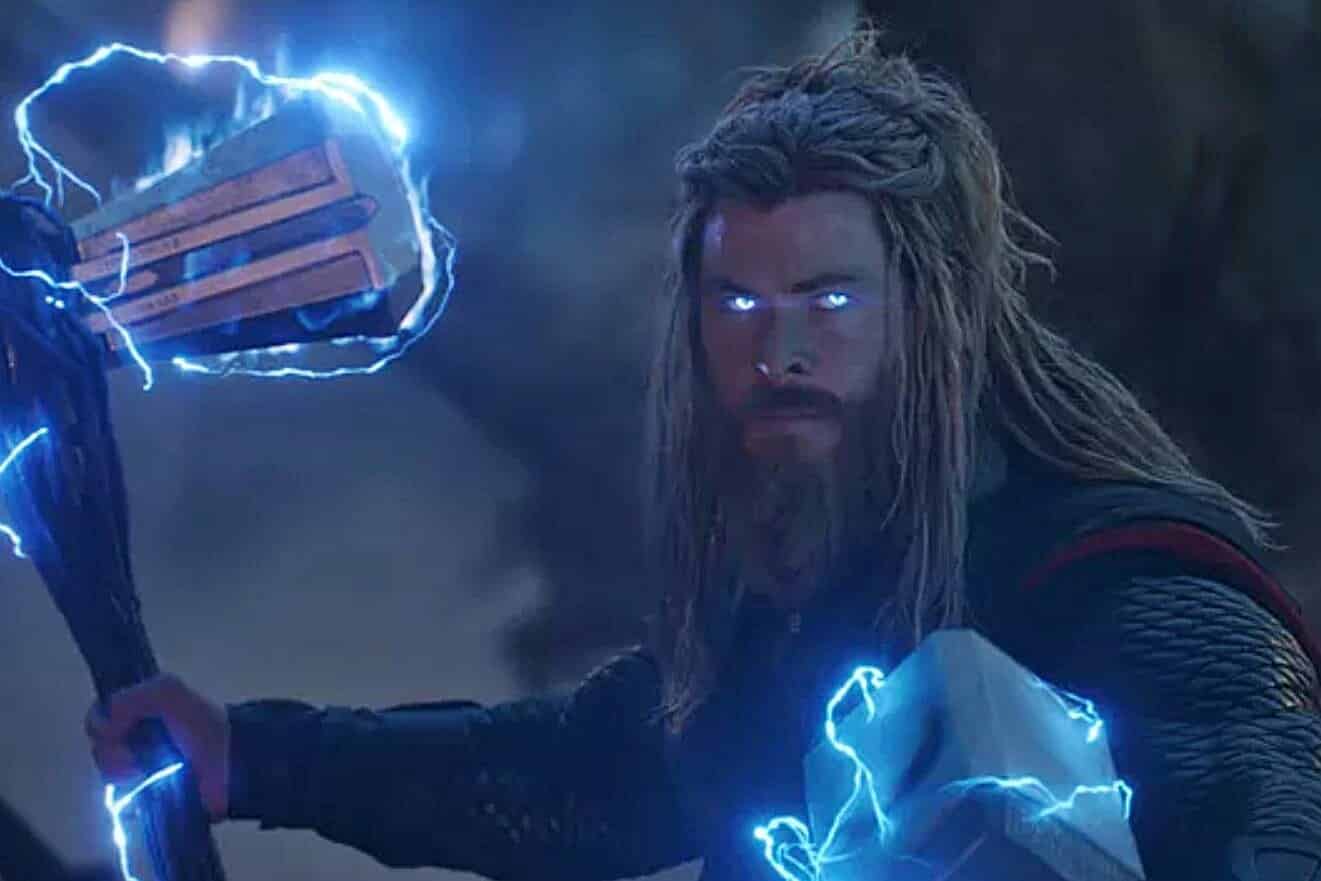 Following the events of Avengers: Endgame, Thor will be the first of the MCU to achieve a fourth movie in Thor: Love and Thunder. Of course, many of the solo heroes played parts in the Avengers outings, and also poked their heads into other solo films. Tony Stark is dead. However, he may show up one more time in Black Widow’s movie. And Captain America passed his shield onto Falcon. Though, he may check up on Sam and Bucky in their mini-series on Disney Plus. And since Universal technically owns the rights to Hulk, Dr. Banner just has to hang out in other people’s movies.

At San Diego ComiCon this year, Kevin Feige announced that Thor will, in fact, get a fourth chapter. However, upon the announcement, Natalie Portman graced the stage with the thunder god’s weapon of choice, Mjolnir. If you been paying attention, though, you would have caught that Thor lost his hammer and got an axe. And when he found the hammer again, he gave it to Captain America.

Marvel fans will know that, to be able to lift the hammer, you need to be “worthy.” In Avengers: Age of Ultron, Cap was almost worthy enough then, as he budged it a tiny bit. There’s also the theory that Black Widow could, and that was the reason she refused to even try. Originally, in the comics, whoever could lift the hammer, could just transform into Thor. Therefore, there had been a few guys who claimed the title. Notice how I said, “guys.” Recently, there was a comic titled “Mighty Thor,” in which Jane Foster, one of Odinson’s many love interests, became worthy.

When Natalie Portman met Feige on that stage, it was to announce her return to the MCU. When Thor and Rocket returned to the events of Thor: The Dark World on their time-travel expedition in Avengers: Endgame, you could catch a glimpse of Jane Foster from her last appearance. But that still left fans unsure if she was back. It was said that she didn’t want to return for a sequel, but was forced due to her contract. Now, she’s in with both feet, and couldn’t seem happier.

Since Thor: Love and Thunder will be based on the “Mighty Thor” arc, it’s easy to see that the title character will be Jane Foster. But director Taika Waititi says otherwise. He sat down with MTV News, along with fellow MCU player, Sam Rockwell (could that mean Justin Hammer will be in Thor: Love and Thunder?). Since Jane will be the new Thor, he was asked who the star of his movie will actually be.

That may upset those who are hoping for the superhero movies to finally acknowledge the women in the world. Even though there was backlash on such with Captain Marvel, Disney is still going ahead with Black Widow, WandaVision, She-Hulk, and Ms. Marvel.

But Waititi did say that Portman will be in it. Given the arc the movie is borrowing from, she will still play a huge part. Tessa Thompson’s Valkyrie is also promised a good chunk, as she was given the keys to the kingdom. Thompson expressed that her sexuality will be explored and will find her queen in the movie. Waititi’s Korg will also return. But I’m still holding out if Beta Ray Bill will finally show his horse face.

Avengers: Endgame is available on Digital and Blu-Ray now. Thor: Love and Thunder is expected to swing into theaters, November 5th, 2021. For more news on Thor and the rest of the MCU, stay tuned to ScreenGeek.

‘Saw’ Reboot Director Teases Scene So Disturbing That It Made Him Want To Shower
‘Avengers: Endgame’ Director Says Sony Made A Tragic Mistake With Spider-Man
Advertisement
Advertisement
To Top