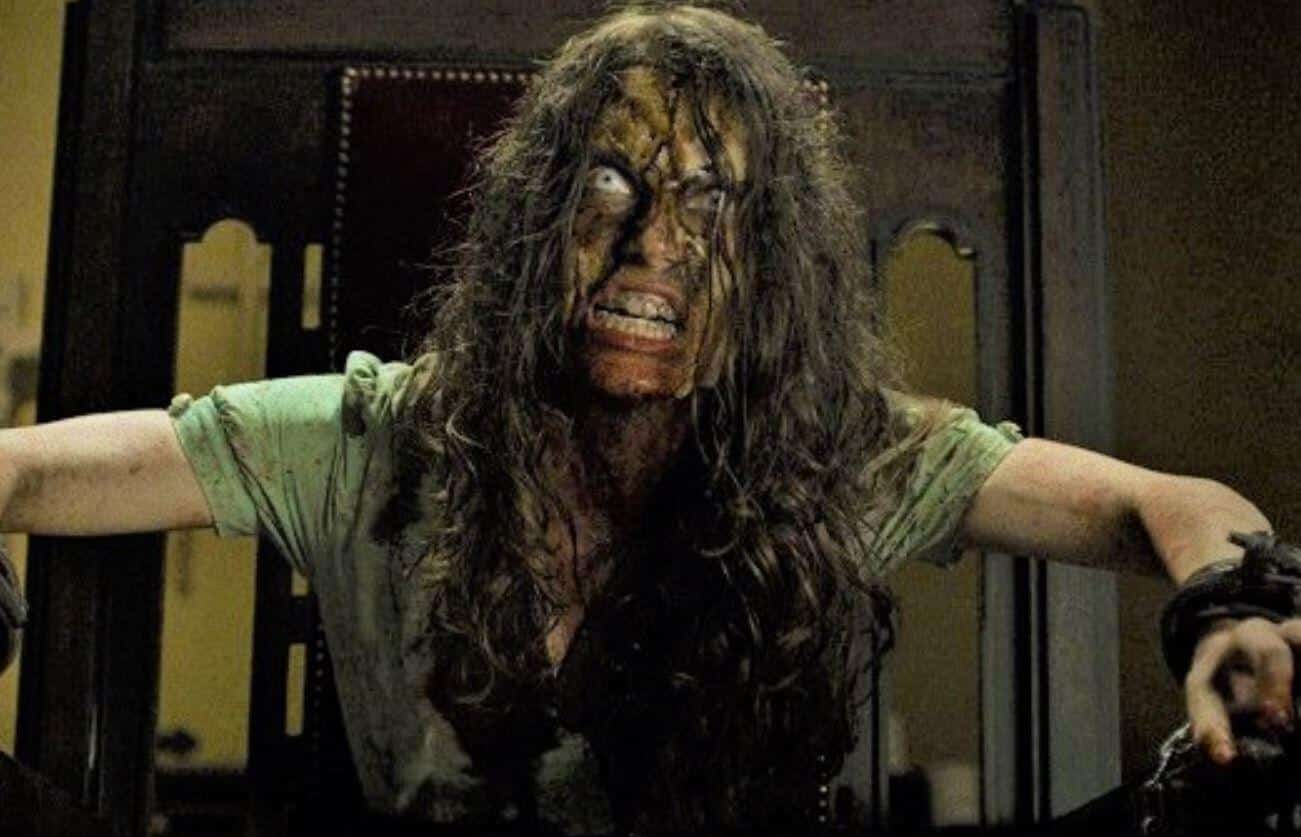 An all-new horror film titled The Cleansing Hour has been acquired by Shudder. The film comes from first-time feature director Damien LeVeck, who previously shot the short which ultimately inspired the film.

The trailer definitely looks fun and has some cool monster designs which the horror genre never has enough of. It’s also nice getting to see a first-time director get a solid distribution deal through Shudder and make a movie that gets this much attention. Hopefully he gets more opportunities in the future.

In The Cleansing Hour…

Millennial entrepreneurs, Max (Guzman) and Drew (Gallner) run a popular webcast that streams “live exorcisms” that are, in fact, elaborately staged hoaxes watched by millions. Their fortunes take a turn when during one of their webcasts, Drew’s fiancée becomes mysteriously possessed by a real demon that takes the crew hostage. In front of a rapidly growing global audience, the demon subjects the crew to a series of violent and humiliating challenges that expose dark secrets they have been hiding from each other.

The plot is both unique and yet relevant in today’s technological and cultural dedication. The concept of twisting around hoaxes and finally forcing two millennials into dealing with the real thing will be fun to see unfold within the actual movie. Especially with an online audience in the movie to see the chaos that ensues for our main characters, it’ll be a wild ride for sure.

The film’s cast includes Ryan Guzman (The Boy Next Door, Everybody Wants Some!), Kyle Gallner (American Sniper, The Haunting in Connecticut), and Alix Angelis (The Magnificent Seven, Love’s Last Resort).

The movie is set to premiere later this month at Fantastic Fest.

What did you think of the trailer for The Cleansing Hour? Are you excited for the movie? Let us know in the comments section down below!

Continue Reading
You may also like...
Related Topics:Horror, The Cleansing Hour