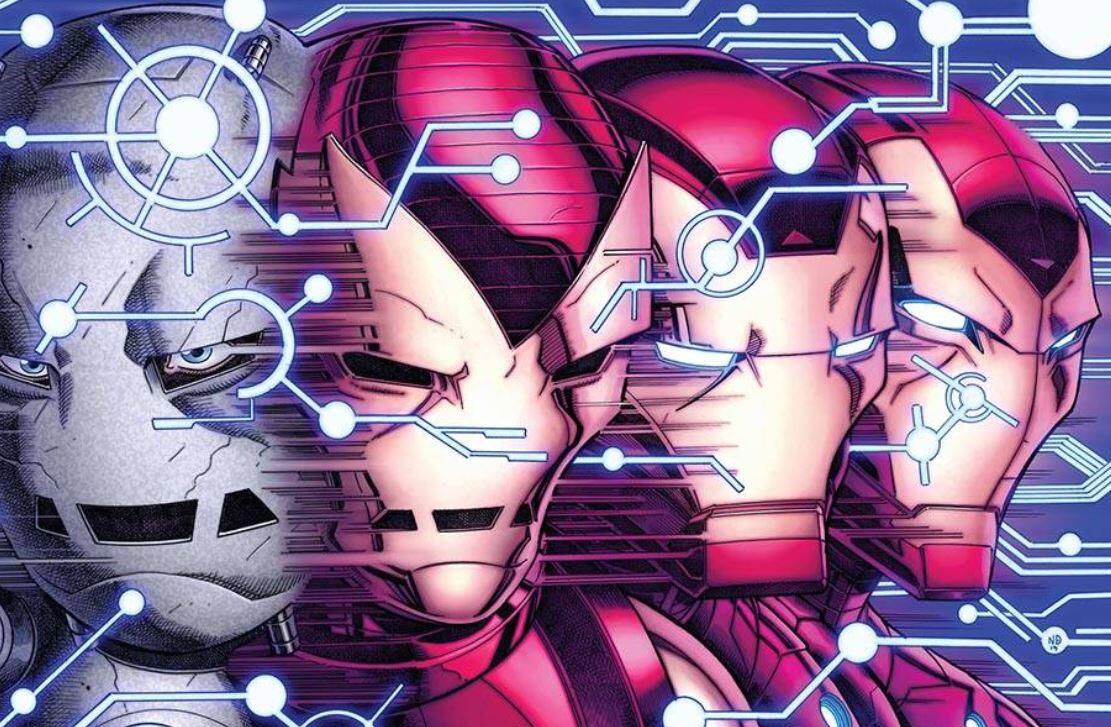 You may know Tony Stark’s fate in Avengers: Endgame. But have you been paying attention to what he’s been doing in the comics? Like Batman, Stark has no superpowers. He draws his power from his superior mind, and his ability to build armor. There have been many crazy suits in his fifty-plus-year history. Most notable is the Hulkbuster, which made its way onto the big screen. There was also the Godbuster, and an armor made from the Uru metal of Thor’s hammer. Now, there’s an Ultron Buster armor.

Emmy-award-winning James Spader breathed life into the robot villain in Avengers: Age of Ultron. But much like most of the MCU villains, he was gone by the end of the movie. By the time Infinity War and Endgame rolled around, Thanos made us forget all about Ultron. But in the comics, the artificial, yet supreme, intelligence keeps re-downloading himself into a bigger threat for out heroes. Now, he has fused with Hank Pym, creating Ultron Pym.

In the MCU, before they chose Michael Douglas as the size-changing scientist, Kevin Feige and the gang had to choose someone else to create Ultron. They chose Tony Stark and Bruce Banner. With the route they were going with Stark, it made sense to use him. After his PTSD from The Avengers, which showed in Iron Man 3, it was like he put those scars into their own creature.

The MCU may have been a wild ride for Robert Downey, Jr’s character. But his recent run in the four-color pages has been crazier. Writer, Matt Fraction, had him download his mind into a computer and inject it back into himself. Therefore, his own mind was an A.I. Then Brian Michael Bendis took him a step further. His sequel to Mark Millar’s Civil War was another showdown of the Marvel Universe, this time taking sides between Iron Man and Captain Marvel. In Civil War II, Carol Danvers eventually killed Stark. And so, his body was recreated into a pod. Thus, Tony Stark was artificial in mind and body.

Now, in Dan Slott’s “Ultron Agenda,” the android Iron Man is pit against the android Hank Pym. Ultron Pym has kidnapped both Janet Van Dyne and Jocasta. You may remember that Michelle Pfeiffer played Dyne in Ant-Man and the Wasp. In this, Pym and her are divorced, and Dyne is now dating Stark. Jocasta is another robot who was the “bride of Ultron,” but went on to work for Stark. Ultron Pym’s intentions were to fuse Dyne and Jocasta together, creating another Frankenstein creature.

In Tony Stark: Iron Man #16, the title character’s mission is to save Dyne and Jocasta from Ultron Pym. In doing so, he creates this Ultron Buster armor. But he may have created a Frankenstein even worse than what’s preceded him. The book ends on a cliffhanger, with Stark uttering, “Janet, help me.” The image is utterly disturbing.

You can buy Tony Stark: Iron Man #16 from your local comic book store, or on Comixology. But if you prefer him more human, and just building an alternative gauntlet to save his family and friends, then you can get Avengers: Endgame on Digital or Blu-Ray. Stay tuned to Screen Geek for everything else Marvel.