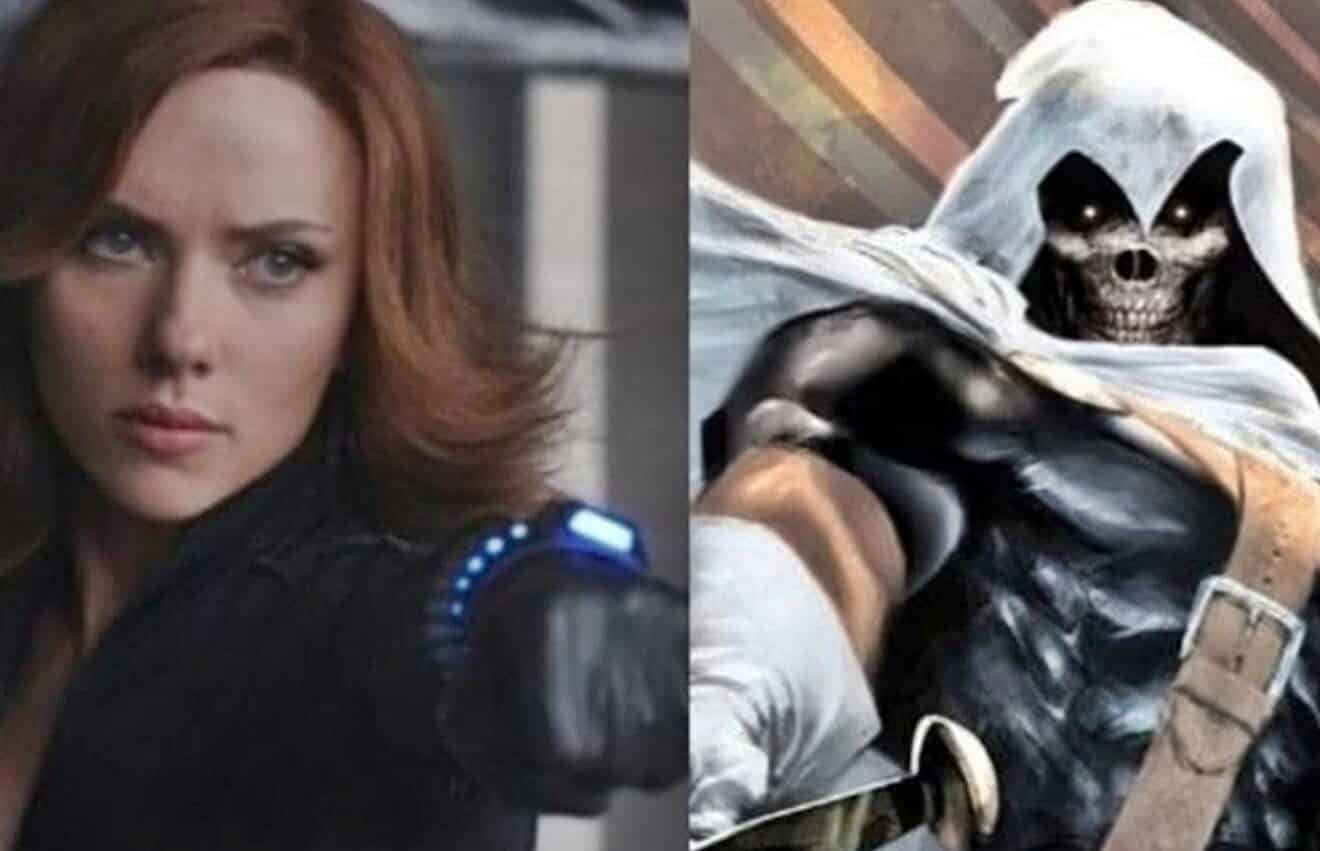 After Nat died in Avengers: Endgame, we’ll get to see her one last time in a prequel movie. Black Widow is said to take place between the events of Captain America: Civil War and Avengers: Infinity War. Fans are also hoping to see the vacation she and Hawkeye spent in Budapest. In which that obviously took place before The Avengers. Though between the Civil and Infinity Wars, she was with Cap’s Secret Avengers. However, this movie is amping up to feature two other Black Widows, Red Guardian, Thunderbolt Ross, and Taskmaster. Before, we only had leaked set photos to go by for Taskmaster’s look. But now, we get to see some promo art.

Black Widow will finally get the look from her classic comic book counterpart. In which, she dons her golden gauntlets and belt.

Also, Taskmaster looks a little more faithful than those set pics did. Here, you can see his shield with the three-point star. And he’s wielding a sword as well. The rest of his suit with blues and oranges look to be in line as well. Though, where those set photos replaced his skull mask with a pair of ski goggles, this looks to do the same.

There hasn’t been an actor announced for this antagonist yet. This could be saved for a big reveal in the movie. The same tactic was used for Captain America: The Winter Soldier. That was even though fans knew Bucky turned into Winter Soldier in the comics. WGTC theorized that Taskmaster is O.T. Fagbenie. His IMBD listing calls him “Mason.” The actor is known for The Handmaid’s Tale and did a voice for an Assassin’s Creed game. Taskmaster looks like an Assassin’s Creed character.

The updated and expanded edition of The Marvel Encyclopedia describes Taskmaster as,

“The Taskmaster has the unique ability to duplicate physical movements he’s seen, something he calls reflexes, but at the cost of his own memories. He combined these new skills with a set of weapons similar to those used by Super Heroes to transform himself into a highly dangerous villain, a match for even the AVENGERS.”

The book also says Taskmaster’s real name is Tony Masters. But this wouldn’t be the first time the MCU changed details.

My hope is that, if Red Guardian is in the movie, then there’s a chance for his teammate, Ursa Major. The fellow Winter Guard is basically a bear. But in live-action, he could resemble that bear character from the Russian movie, Guardians.

Black Widow is expected for theaters on May 1st, 2020. There hasn’t been much for photos or trailers in her department yet. Actually, I think I’ve seen more on Eternals than Black Widow, and that doesn’t arrive until November 6th, 2020. Stick with Screen Geek for everything Marvel has planned for 2020 and beyond.