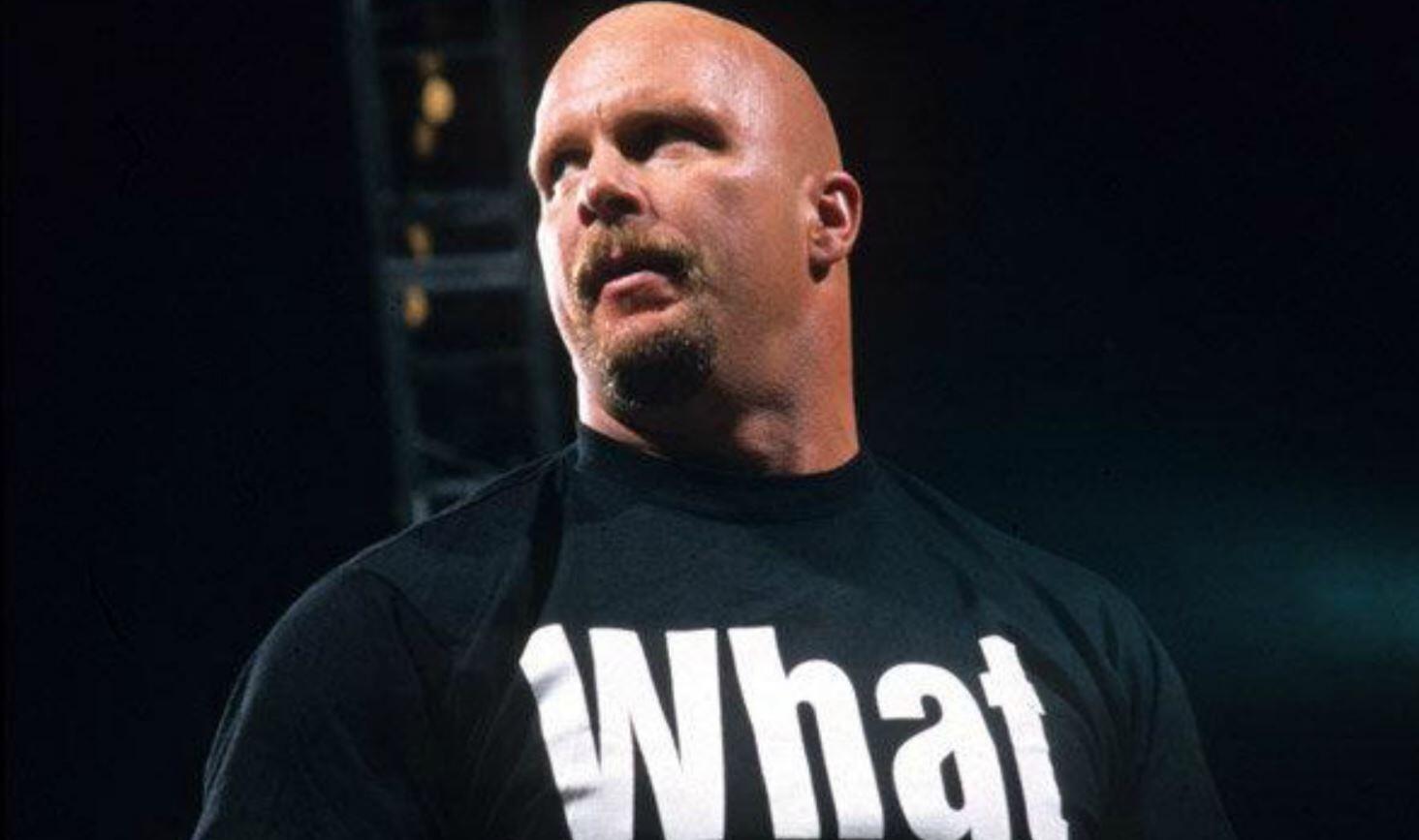 Way back in 2001, future wrestling legend and WWE Hall of Famer “Stone Cold” Steve Austin stumbled upon the world’s easiest way to be annoying. With a single, monosyllabic word – “What?” – delivered in the middle of an adversary’s sentence, everyone’s favorite heel could be douchey, dismissive, and disrespectful.

Nearly twenty years later, it’s that last one that’s garnering attention. You see, fans latched onto the simple response, and have been using it ever since to show their dislike or boredom for a character or their current angle. As soon as that person stops to take a breath, the crowd shouts as one, “WHAT?” And not just once, but at literally every. single. pause.

Of course, it was fully intended to be a dick move when Austin did it. He was a “bad guy” at the time (if the middle fingers and beer-swilling didn’t give it away), and bad guys back then got away with a great deal more than they do on today’s PG product. However, with fans still using it today to dismiss what they don’t like, WWE execs apparently find it rude to their talent.

The Twitter account @WWEonFOX (Smackdown recently moved to the network) posted two tweets earlier this week, politely asking fans to cut it out. (They’ve since been deleted, take that however you want.) The first message, posted during a RAW segment in which Jerry Lawler was interviewing Rusev, read:

“We saw people chanting it to @AngeloDawkins as he said goodbye to @WWENXT, and now to a ‘Hall Of Famer’ on RAW. That’s not a sign of rebellion, it’s a sign of disrespect. Now back to RAW.”

Though the brass made their feelings clear, it’s unlikely to have much of an effect on crowds. And if it does, it will probably make them more raucous, not less. Live audiences are a sea of marks and smarks, and they delight in their collective trolling.

For his part, Austin is surprised that the one-word chant still has legs today, many years after his retirement. He told Busted Open Radio earlier this year:

“I did it as a, you know, I was running heel at the time and I left that message on Christian’s voicemail. Every time I’d say something, I would kinda say, ‘what?’. A long winded voicemail and I was like, man there’s something here. I just thought it was kind of a way to jab someone like, ‘Oh you’re supposed to be like the World’s Strongest Man…what?’ You know? Kinda disrespect. I’m jabbing you, right? And so I figured, hey man, as a heel, no one had done that. It was something different. So that’s the first way I was trying to use it. And then all of a sudden when I flipped back babyface and people started grabbing onto it, man it just turned into something where, you just had to put that pause in your cadence and they would come with that ‘what’ and it just kinda trained ’em to do it and they were feedin’ off of it. A big part of being in WWE or in the wrestling business is that crowd wants to participate whether they lovin’ you, hatin’ you, cheering you, booing you, or whatever. Just involved in the match or listen to a promo, they want to be engaged or involved. It was a chance for them to be involved and participate as a part of the show.”

“And they’re still participating and they’re saying, ‘Austin why in the hell did you invent that, I wish you wouldn’t have done it.’ I would have never thought in a million years…I wouldn’t have thought…way back in the day, that that would have the staying power or the legs that it has,” he added.

Do you feel that the chants are disrespectful to wrestlers? Or just harmless crowd participation? Tell us your thoughts in the comments!