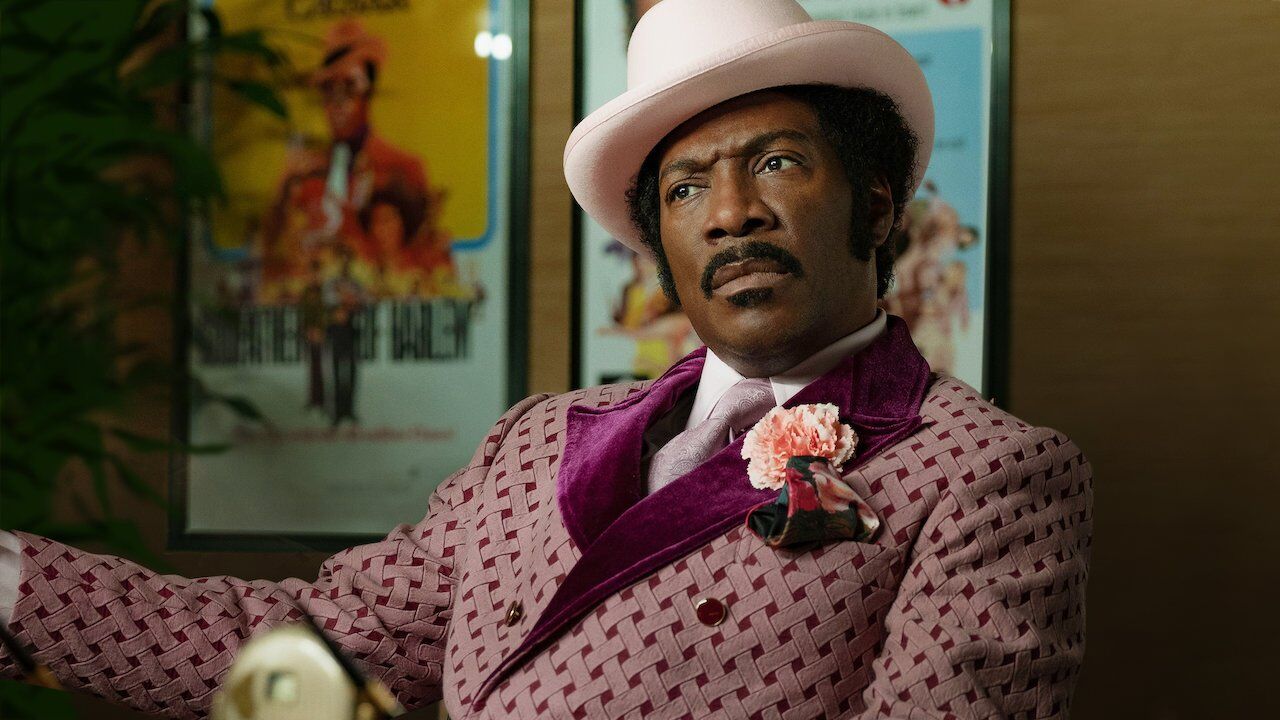 Considering his long-run in Hollywood, Eddie Murphy’s disappearance from the big screen has left many waiting for a return to form for one of the comedies’ most essential voices (his last film was 2016’s virtually unseen Mr. Church). Thankfully, Murphy is back on the big screen, returning to bring the dynamic Rudy Ray Moore to life in Dolemite is My Name. Murphy delivers one of his best performances in a fitting tribute to an overlooked period in film.

Dolemite is My Name follows Rudy Ray Moore, a struggling comedian who desperately searches for his chance to make a name for himself. After establishing the persona of Dolemite, a vulgar pimp who speaks in rhyming monologues, Moore puts all of his resources into creating a makeshift blaxploitation film based around the character.

The blaxploitation genre is often overlooked in contemporary cinema despite the fact it played a crucial role in bringing African-American voices and perspectives to the screen. Capturing the joyful essence of these tounge-and-cheek films while embracing the soulfulness behind their independent production, Dolemite is My Name serves as a strong character study and an impactful throwback to yesteryear.

Eddie Murphy delivers in spades as Rudy Ray Moore, capturing his emphatic comedic styling with energy and effectiveness. Whether its re-creating outrageous scenes from Dolemite or performing one of Moore’s signature comedy specials, Murphy convincingly captures the larger-than-life persona while tapping into his own unique comedic talents. It’s also a joy to see Murphy utilize dramatic ability, with scenes of Moore in isolation confronting his insecurities about making it big while wrestling demons from his past being among the film’s most effective moments.

Similar to the production of Dolemite, this film is an ensemble effort. Craig Robinson, Mike Epps, Keegan-Michael Key, and Wesely Snipes are equally charismatic in their respective roles, with Snipes making a welcome return to comedy as an elitist director who is in a state of constant dismay throughout Dolemite’s production. Da’Vine Joy Randolph truly breaks out here as Moore’s comedic protegee Lady Reed, effortlessly standing toe-to-toe with Murphy while forming a genuinely heartwarming dynamic.

Director Craig Brewer has made a career of crafting films with swagger, making him an apt fit for this material. While some of the technical aspects feel sanitized similar to other Netflix Original projects, Brewer nails down a sense of place throughout this film with timely music cues and stylish montages. Perhaps Brewer’s best achievement is his patience behind the camera, allowing Moore and companies’ arcs to build organically while capturing Moore’s impact in a tight two-hour runtime.

Dolemite is My Name effortlessly balances its overt comedic tone with affecting humanity. Much of the production of Dolemite highlights the humourous ways Moore and company utilized their resources to create a blaxploitation film that embraced its campy aspects, but I credit writers Larry Karaszewski and Scott Alexander for capturing the joyful makeshift spirit behind this enterprise. You can’t help but root for everyone involved in this infectious underdog production, with the final third offering some much-earned cathartic moments.

Dolemite is My Name does justice to its uniquely talented star while effectively capturing the wide-scale impact behind his work. I will certainly be rooting for Eddie Murphy to receive some awards attention for his work here.

Continue Reading
You may also like...
Related Topics:Dolemite Is My Name, Eddie Murphy, Netflix