How Wesley Snipes Feels About Mahershala Ali As Blade 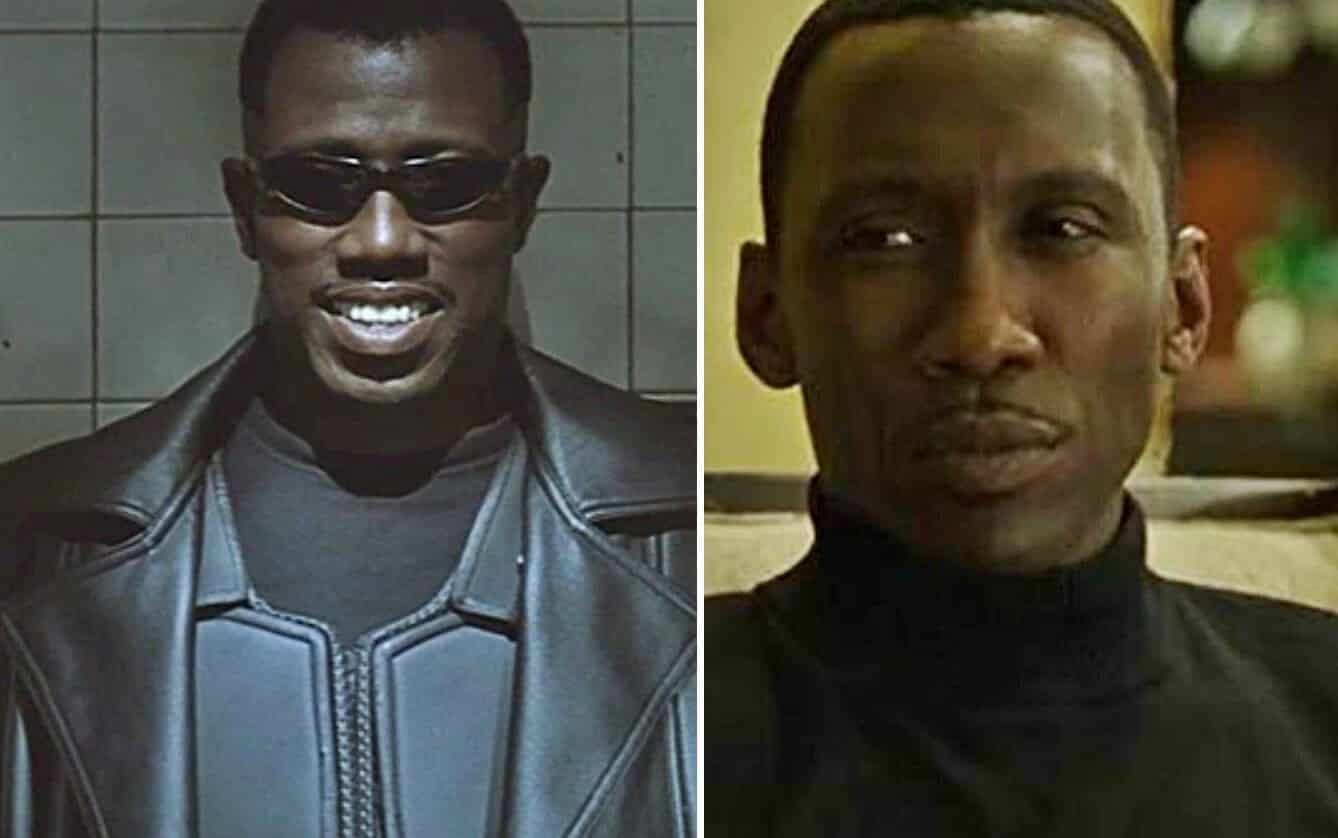 Though it wasn’t the first Marvel movie, Blade kickstarted the phenomenon that eventually steamrolled into the MCU today. However, when the Wesley Snipes movies were released, very few knew that they were actually based on a Marvel comic. Therefore, many look at X-Men and Spider-Man kicking off the plethora of Marvel movies. Now, Kevin Feige wants to reboot the vampire hunter chronicles for his cinematic universe. And at San Diego ComiCon this year, he announced Luke Cage’s Mahershala Ali for the part. But what does the original actor think of someone new wielding that sword?

AP Entertainment interviewed Snipes with Dolemite Is My Name co-star Keegan Michael-Key. When asked about Ali as Blade, Snipes had some interesting words to say.

“People are very, very sneaky. They try to make it about the actors. It’s not about me and him. I’m happy for him to be considered. I’m happy for them looking at him. Flattery… what do they say? Imitation is the best form of flattery. It’s something that he has acknowledged that he wanted to do and his family wanted him to do it, so I’m appreciative of him getting the love that I’ve created something that others want to carry own and make their own stamp on it.”

Those are some very Zen-inspired words. But notice how he said, “Imitation is the best form of flattery.” Jim Carrey said the same thing when Eric Christian Olsen played Lloyd Christmas in Dumb and Dumberer.

When the news was announced that Ali would play the character in a reboot for the MCU, ComicBook.com reported Snipes’ reaction at the time.

“To all the DAYWALKERS losing their minds right now, chillaaxx. Although the news comes as a surprise, it’s ALL GOOD. Such is the ‘business’ of ‘entertainment!’ Much peace to the MCU crew – always a fan. Honor and respect to the grandmaster Stan. Congratulations and Salaam to Mahershala Ali, a beautiful and talented artist whose expressions I look forward to experiencing for many years to come. Inshallah, we will someday work together. Most importantly to my loyal fans, the incredible outpouring of love is overwhelming. I am grateful for the never-ending support. So, ‘nah fret nah worry, it’s not de end of de story.’ Welcome to the Daywalker Klique.”

There is no date set for Ali’s Blade as of yet. But when it was announced, Feige pointed for the movie to be sometime at the start Phase 5. With the MCU chief’s parting words, it looks like the Daywalker will join X-Men, Fantastic Four, and follow-ups to Captain Marvel and Black Panther. And I’m sure I’m not the only one when I say I’m looking forward to Blade fighting alongside Moon Knight and Ghost Rider.

You can see Wesley Snipes with Keegan Michael-Key and Eddie Murphy in Dolemite Is My Name. This Netflix original will actually play in theaters and is set for October 4th.

For everything else in the Marvel Cinematic Universe and the rest of the cinematic world, stay tuned to Screen Geek.

‘IMITATION IS THE BEST FORM OF FLATTERY’: @WesleySnipes shares his thoughts on Oscar winner #MahershalaAli taking over as #Blade pic.twitter.com/Mh9lspD3UJ