As Halloween approaches, so does the shocking amount of controversy. In one of the most recent reports, it appears that a group of sex offenders in Georgia are now suing a county sheriff’s office for placing signs on their property warning children from participating in trick-or-treat at their doorstops.

Apparently Butts County Sheriff Gary Long’s office has placed signs at their houses last year, and intended to do so again this year before the lawsuit occurred. The federal class-action lawsuit was filed in U.S. District Court in Macon, Georgia. 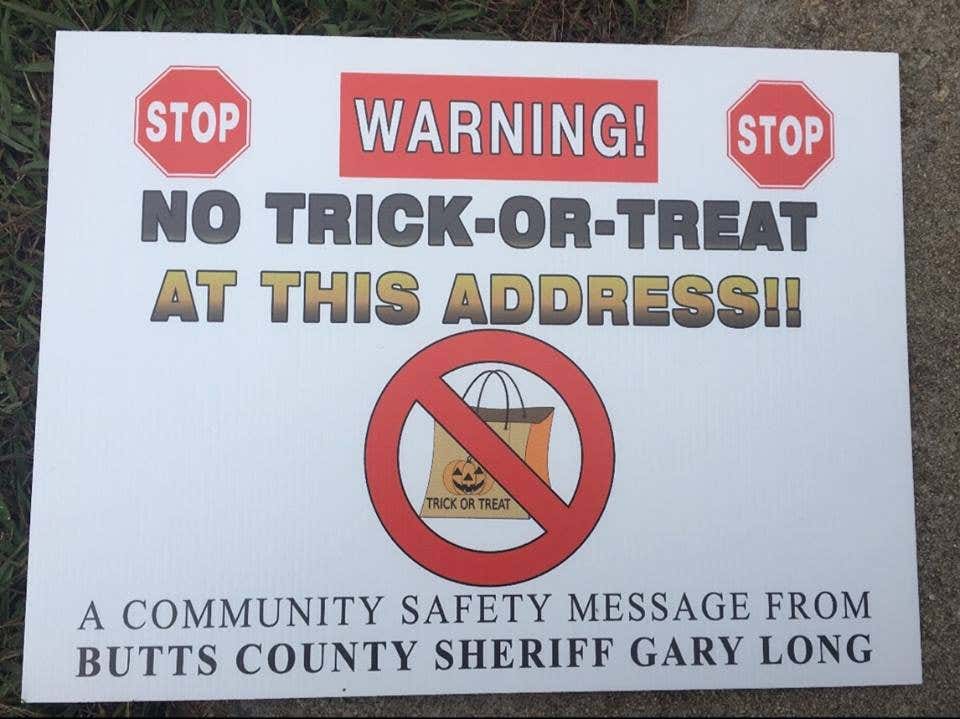 The signs included images of a “no” sign placed across a trick-or-treat bag and the following message:

“WARNING! NO TRICK-OR-TREAT AT THIS ADDRESS!!”

It seems that one deputy even told an offender that if he removed his sign before Halloween, that the offer could be placed under arrest.

As the lawsuit was described, “it is on behalf of all of the registered sex offenders in the county southeast of Atlanta, contends that the placing of the signs violates laws against trespassing on private property and the plaintiffs’ constitutional rights against forced speech.”

They’ve stated that the signs from last year are “unlawful and invalid” and that they all happened to be humiliated and embarrassed by the action.

Attorney Mark Yurachek, who represents the plaintiffs, said that the sheriff has “many legal avenues by which he may publicize the name, address and even photograph of every registered sex offender in Butts County, but unless and until the Legislature authorizes it, coming onto their property to force them to display signs is simply not one of them.”

Sheriff Long posted on Facebook that the signs were to “ensure the safety of our children.” He also said they will defend their position at court for “protecting our children and following Georgia Law by placing these signs.”

“Regardless of the Judge’s ruling this Thursday, I WILL do everything within the letter of the Law to protect the children of this Community,” he posted.

As of now, the plaintiffs are requesting a jury trial and damages.