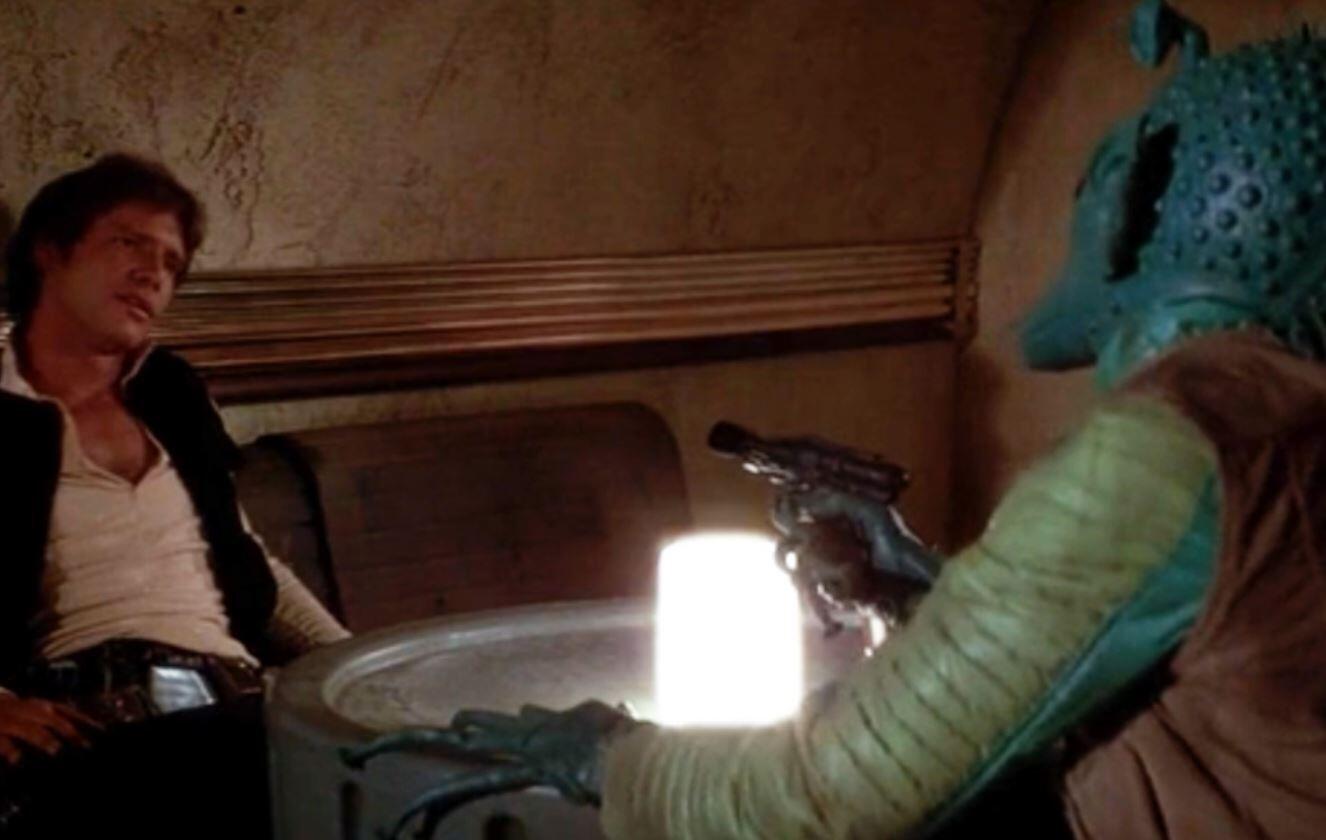 Before The Last Jedi, Star Wars fans had something else to complain about. And even before the prequels, there was something before that. When George Lucas released the Special Editions of the original trilogy, he changed a few things. The most controversial of those was the scene between Han Solo and Greedo. Originally, Han shot first. Then in the Special Edition of A New Hope, Greedo shot first. In that version, horrible CGI had Han dodge the attack, then shoot and kill the green meanie. Disney Plus has finally launched. And additional to their original, The Mandalorian, all of the Star Wars movies are available to stream. In an attempt to put the “Who Shot First?” debate to rest, Disney created yet another debacle.

Mike Ryan is an esteemed journalist. He has written for the likes of the Huffington Post, Wired, and Vanity Fair. Now, he writes for Uproxx. These credits have issued him the blue checkmark next to his name on Twitter.

Ryan posted a clip of Disney Plus’s new version of “Who Shot First?”

Now, you can’t even tell who shot first. Also, Greedo now has the last line. An extra line of dialogue has been added in Greedo’s language of Huttanese. That is the language that Jabba’s native species speaks.

I can see where Disney has tried to settle the debate. But Star Wars fans are relentless. So obviously this has created something new for them to be angry about.

The Mandalorian was also released upon Disney Plus’s launch day. So far, reviews have been good. The ninth and final episode of the Skywalker Saga, Star Wars: The Rise of Skywalker, will arrive in theaters on December 20th. And Disney Plus has plans for shows based on Rogue One and Ewan McGregor’s Obi-Wan Kenobi. Also, there will be a new season of Clone Wars. I guess we’ll see how the fans take to these upcoming developments. For news and updates on Disney’s reign in the Star Wars Universe, keep reading Screen Geek.