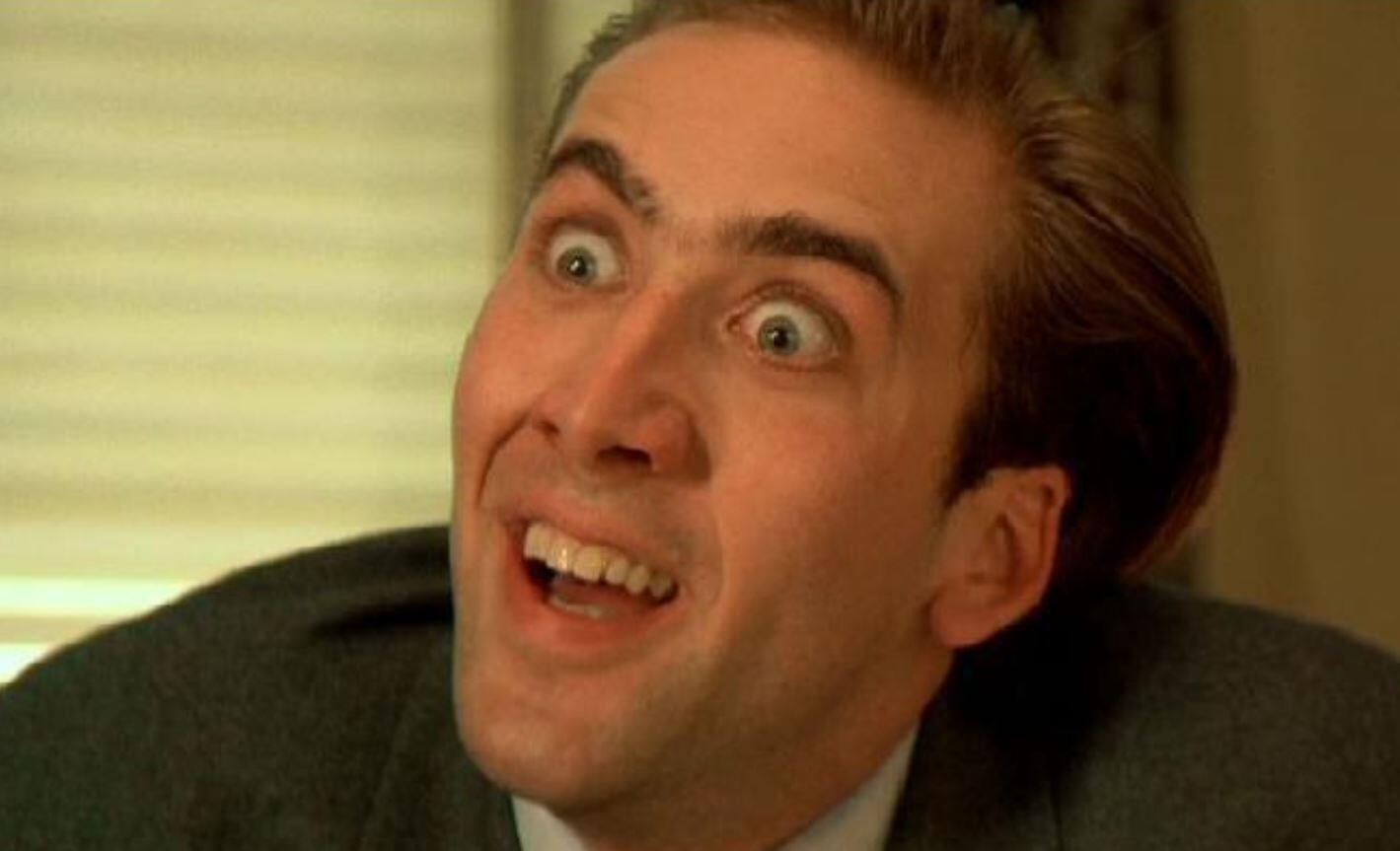 It seems like actor Nicolas Cage is constantly taking up crazier roles in even crazier movies – but this next project might just be his craziest yet. Why, you ask? Because the movie – titled The Unbearable Weight of Massive Talent – will see Nicolas Cage playing himself in a movie all about Nicolas Cage. Yeah, this one might be hard to beat.

Apparently the movie focuses on Nicolas Cage playing a fictional version of himself, one which must deal with his own career choices while simultaneously getting caught up with the CIA and a drug cartel kingpin. It might not get any better than this for fans of the eccentric actor.

According to The Hollywood Reporter, the film is in talks to go into production at Lionsgate which is in the final talks to pick up the film. It was written by Tom Gormican and Kevin Etten, and the plan is for Tom Gormican to also direct the film. And, if everything goes according to plan, Nicolas Cage would of course get to play one of his most bizarre roles yet – himself.

As described by THR, this will be the plot of the film…

“Cage, if deals close, would star as actor Nicolas Cage. The character is desperate to get a role in a new Tarantino movie while also dealing with a strained relationship with his teenage daughter. He also occasionally talks to an egotistical 1990s version of himself who rides him for making too many crappy movies and for not being a star anymore.

The Cage character is also under a mountain of debt and finds himself forced to make an appearance at the birthday party of a Mexican billionaire who happens to be a fan of Cage’s work and secretly hopes to show him a script on which he’s been working.

While he bonds with the man, Cage is informed by the CIA that the billionaire is actually a drug cartel kingpin who has kidnapped the daughter of a Mexican presidential nominee and is recruited by the U.S. government to get intelligence. The situation spirals even more dramatically when the Mexican brings over Cage’s daughter and his ex-wife for a reconciliation, and when their lives are on the line, Cage takes on the role of a lifetime.”

The project certainly sounds like a wild take on the beloved actor, and it’s been described as a “love letter” in that regard. Hopefully things pull through for The Unbearable Weight of Massive Talent and Nicolas Cage can give us a stellar performance and tribute to his own career.

Continue Reading
You may also like...
Related Topics:Nicolas Cage, The Unbearable Weight of Massive Talent