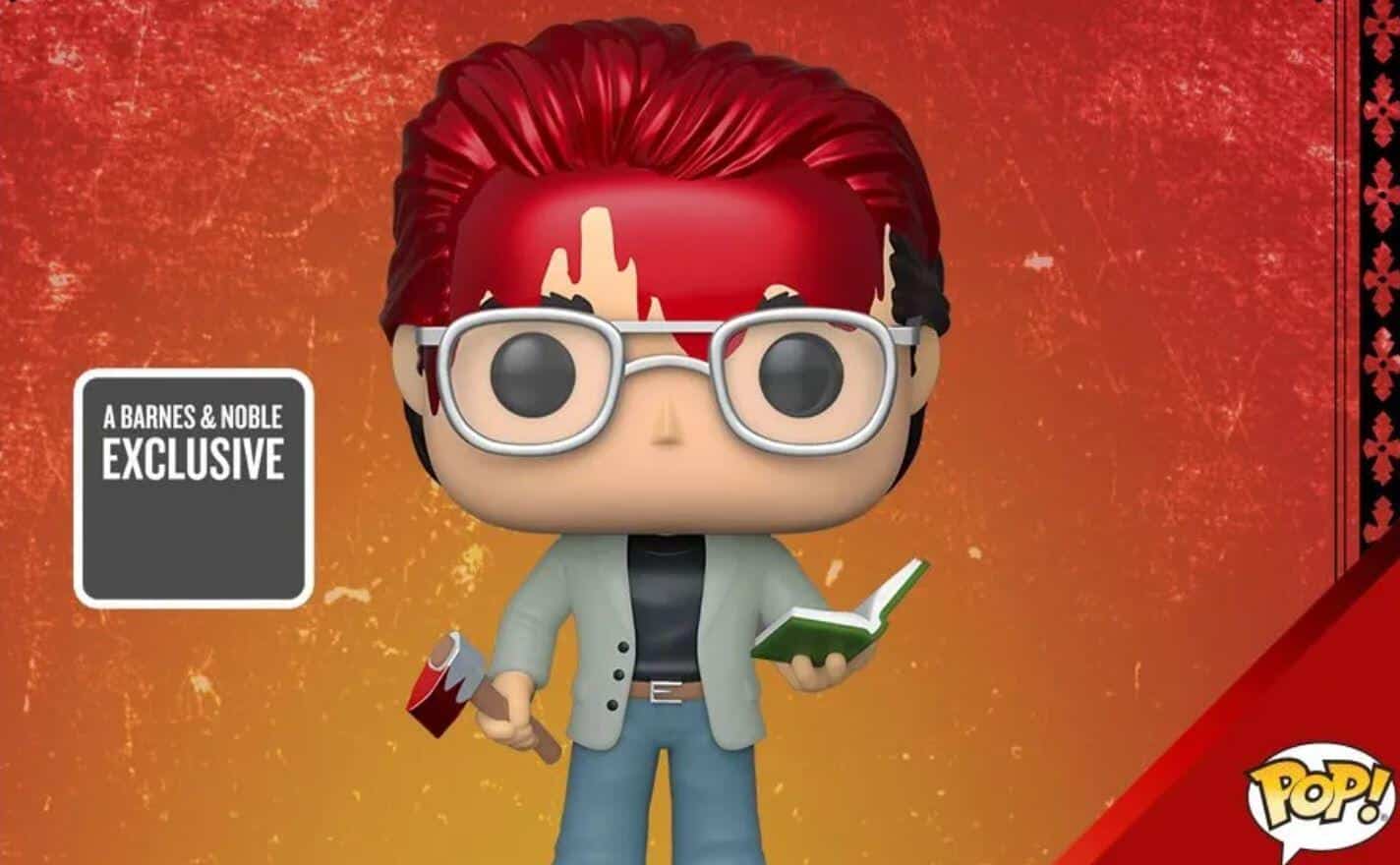 Funko has been successfully expanding their line of vinyl figures over the years, including a variety of horror figures inspired by the works of Stephen King. Now the iconic horror author has become the basis for his own Funko POP! vinyl figures. View the new figures down below!

As you can see, there are two new figures based on Stephen King. One is a more subtle recreation of King, featuring the author in an academic pose. The other is an exclusive figure more influenced by his horror legacy, with King holding an axe and even blood dripping down his own head. As described:

As of right now, both figures are merely listed as “Coming Soon” but we’re sure horror fans can’t wait to get their hands on these awesome collector’s items.

Meanwhile, if you’re still in the mood for more Stephen King, you can view his cameo in the recently released IT: Chapter 2! Here’s a description and be sure to watch it here:

“The scene begins once the adult version of Bill played by James McAvoy arrives in Derry. He heads over to a pawn shop and notices his old bike, nicknamed Silver, positioned by the window. Bill immediately enters the store with an eagerness to buy his old bike back. This is where Stephen King shows up – as the pawn shop’s owner.

Stephen King’s character criticizes Bill, who has become a horror and thriller author as an adult. When Bill offers to autograph one of his published books for sale in the store, Stephen King’s character refuses, stating that Bill wrote a terrible ending. He then prices the bike at a ridiculous $300, because as he puts it, Bill is a rich enough author to afford it. And it turns out he’s correct – as Bill not only purchases the bike, but tells King’s character, Silver is ‘fast enough to beat the devil.’”

What do you think of the two new Funko POP! vinyl figures based on Stephen King? Are you interested in buying one or both of the toys? Let us know in the comments section down below!