Months after it’s release, fans are still discovering little tidbits from Avengers: Endgame. More were discovered once it was available for home release. And now that it’s available to stream on Disney Plus, equipped with several extras, fans are still having a heyday. One such discovery is from the scene where Hulk, Bucky, and Falcon, send Captain America back in time to return the Infinity Stones. In the background, a helicopter can be spotted with a container dangling from it. 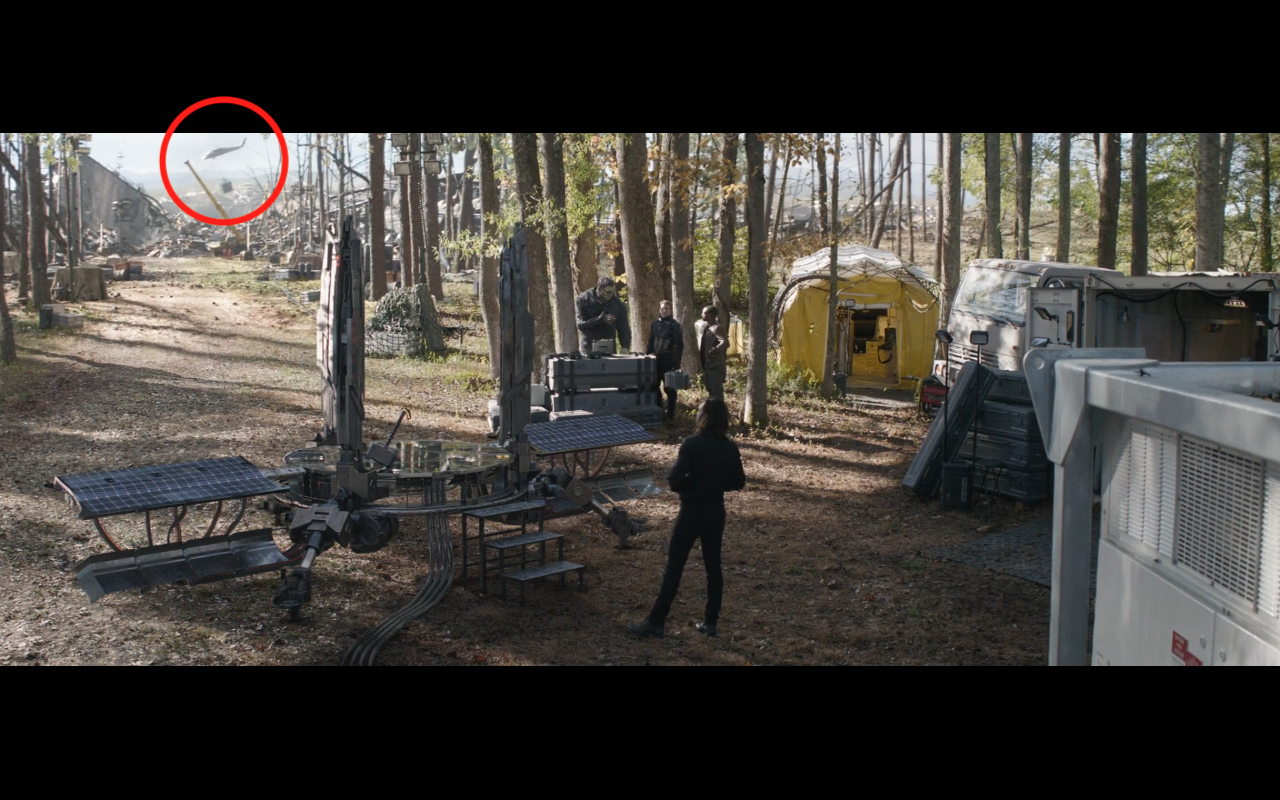 This has led to a frenzy of theories. Some are ridiculous. Some are well thought out. And then there’s the usual Negative Nancies who tell the others to just leave it alone. I chalk those folks in the troll category.

The image was posted to Reddit by user, u/flyingfishtaco. It was submitted to the Marvel Studios subreddit community.

The most likely suggestion was that it was just to clean up the mess created by the final battle against Thanos and his forces. But someone else has suggested that it was one of the heroes transporting their gear back home. Another jokingly said that The Walking Dead‘s Rick Grimes‘ dead body was in that container. It’s a good thing too, in case it turns into a zombie.

If I were boring and just made a simple guess, then I would say it was just something for the background. The helicopter was probably added to create the ambiance for the scene. But if I were to have fun with it, I would say that one of the heroes was in it. And the helicopter will be referenced in a future installment of the MCU.

What do you think the helicopter is? Do you have some outrageous theory? Let us know in the comments below! I’m sure there will be the obligatory trolls that will question the use of journalism on such a thing. Don’t be them. And for more outrageous theories on the minute details of the MCU, keep reading Screen Geek.