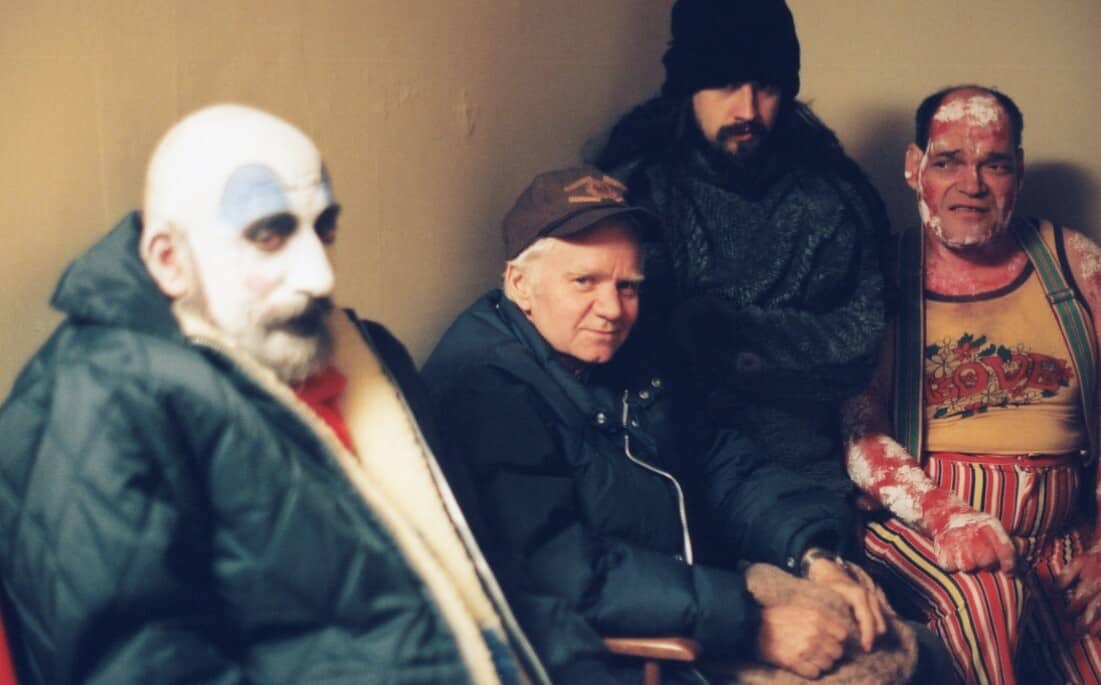 Writer, director, and musician Rob Zombie has informed the world that actor Michael J. Pollard has passed away at age 80. Rob Zombie wrote the news over on his Facebook page, where he made the unfortunate announcement:

“I woke up to the news that Michael J. Pollard had died,” Rob Zombie began. “I have always loved his work and his truly unique on screen presence. He was one of the first actors I knew I had to work with as soon as I got my first film off the ground. He will be missed.”

Rob Zombie sadly finished his message with a caption for a picture he posted along with it, stating: “I can’t believe all three of my friends in this picture are now gone.”

We have lost another member of our HOUSE OF 1000 CORPSES family. I woke up to the news that Michael J. Pollard had died….

It’s been a truly unfortunate year for horror fans, not long before Rob Zombie’s 3 From Hell was released, actor Sid Haig had also passed away. Obviously fans would remember his performance alongside the late Michael J. Pollard in House of 1000 Corpses. Unfortunately that particular movie has had a massive series of losses for its cast members over the years. At least they were able to give the film their all and something extra for fans to remember them by.

Of course, Michael J. Pollard has had a rather lengthy career which included some of his earlier films like The Smugglers, Hannibal Brooks, and Dirty Little Billy, and later films like Heated Vengeance, The American Way, Roxanne, American Gothic, Scrooged, Sleepaway Camp III: Teenage Wasteland and Tango & Cash.

It’s also worth noting he was nominated for an Oscar for “Best Actor in a Supporting Role” when he played in Bonnie and Clyde in 1968.

It’s sad to see another loss this year for the film community, but thankfully he left us with a great catalogue of work.