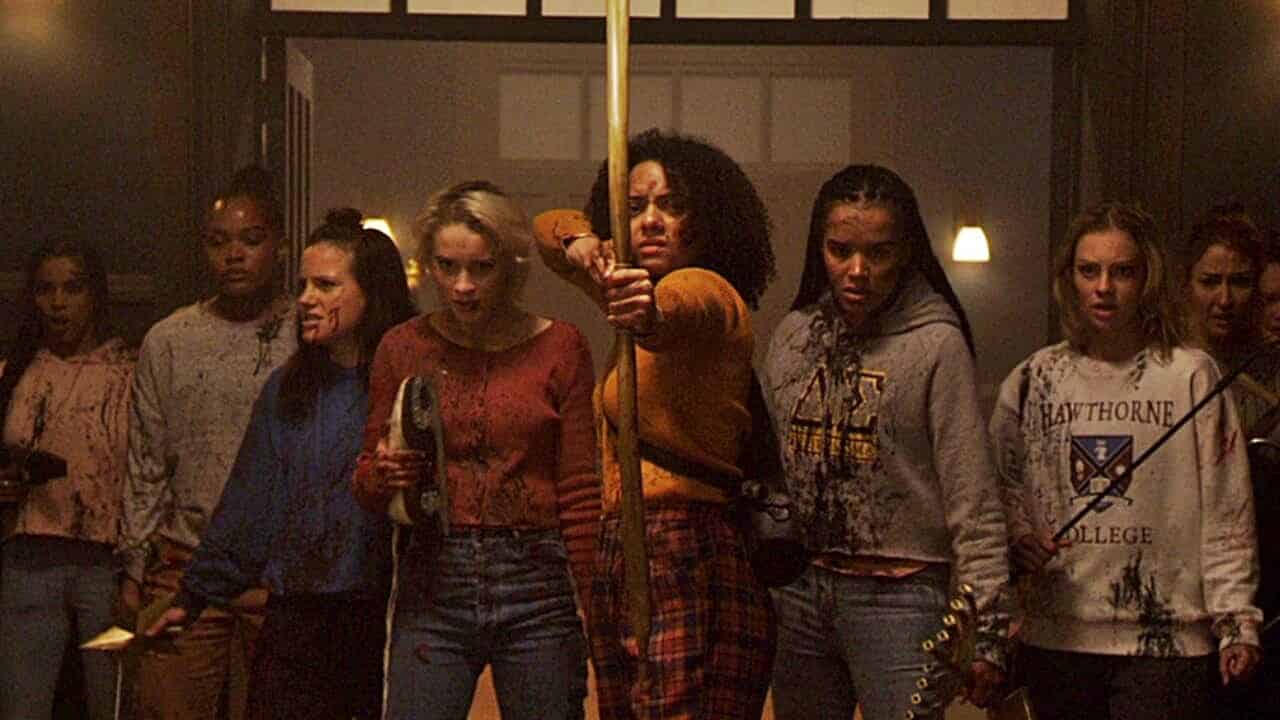 We’re incredibly close to the release of Blumhouse’s upcoming horror film Black Christmas, which is the second remake of Bob Clark’s 1974 slasher film of the same name. While the original Black Christmas has remained something of a classic over the decades, director Sophia Takal decided to only loosely base her Black Christmas remake on the original.

In fact, during a new interview, she claimed her interpretation of Black Christmas is a “fiercely feminist” take on the original classic.

Here’s what she stated:

“You know, this movie, even though it’s very, very loosely based on Black Christmas, I’d say the plot is extremely different. It’s more inspired by the feeling that Black Christmas made me feel watching it, this idea of misogyny always being out there and never totally eradicable. So that was the jumping-off point for how I came up with this plot. I’d compare it more to how Luca Guadagnino remade Suspiria than to a straight-ahead remake … I wanted to make something that reflected our time right now, drawing more from what the original evoked for me rather than great plot points. For me, it was about what does it feel like to be a woman in 2019?”

She explained in further detail another reason why she decided to make her feminist Black Christmas remake so much more different from the original 1974 Black Christmas.

“I feel like another part of why I kind of shifted the direction that this version took was because, in 2019, I didn’t just want to make a movie about a bunch of women getting slaughtered. It just gave me a pit in my stomach. This is not to say that a man might want to see that. I just think I felt very much a responsibility not to perpetuate this idea of disposable female characters, because of how it makes me feel when I watch that. I call this movie a fiercely feminist film…”

One thing is for certain, this movie is a far cry from the original. The drastic change in story, setup, and new PG-13 rating means that this won’t feel much like Black Christmas and more of its own bizarre amalgamation of ideas.

While that may not be a bad thing for some moviegoers, it’s more than a little disappointing for fans of Black Christmas that we’re hoping for a more faithful take on the first disturbing movie and its horrific killer Billy.

Continue Reading
You may also like...
Related Topics:black christmas, Horror