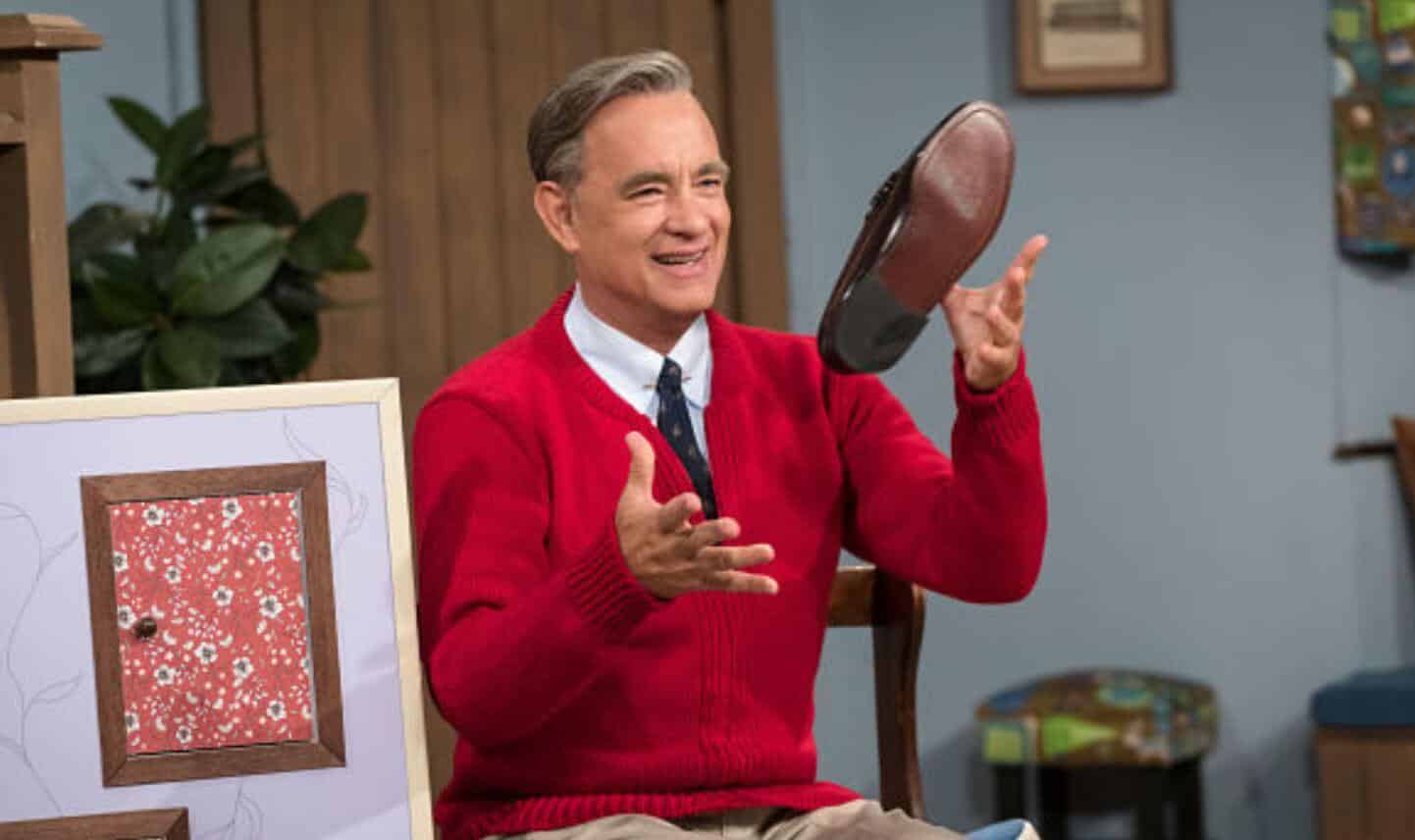 Few figures in pop culture are embraced with the reverence of Fred Rogers, a man who connected with millions in his television program Mr. Rogers’ Neighborhood. Offering audiences valuable meditations on life through his signature calm and friendly presence, Rogers’s work has stood the test of time with its impact. It’s only fitting that Hollywood’s most affable star Tom Hanks is now bringing Rogers to life in A Beautiful Day in the Neighborhood, which offers a refreshingly structured and emotionally honest take on Rogers’ wide-spread impact.

A Beautiful Day in the Neighborhood follows Lloyd Vogel (Matthew Rhys), a journalist who finds himself stuck in the doldrums of his life and impacted by traumas from his distant father (Chris Cooper). When he’s assigned the task to interview Fred Rogers for an article, his assignment blooms into something far more significant.

Fitting Rogers to a tee with his gentle presence, it’s truly a joy to watch Hanks deliver some of his best recent work. He effectively captures the magic that Rogers had with people, while also representing the wonderfully empathetic spirit that he embodied. The narrative, to the surprise of some, is truly centered around Lloyd, who Matthew Rhys brings to life with understated poignancy and humanity. Rhys and Hanks’ rapport makes for the film’s finest moments, as the two connect with ease while exploring Lloyd’s inner-turmoil.

Continuing to build off 2018’s underrated Can You Ever Forgive Me?, director Marielle Heller offers another innovative depiction of the biopic genre. By structuring the film through Lloyd, Heller is able to intimately capture the way Rogers impacted people rather than offering a banal fact-based retelling of his life. Heller also offers some wonderfully surrealist moments, having Hanks’ Rogers frame the story through playing off his signature TV show. This unique touch offers a cathartic representation of how Rogers’ connected with his television audience.

A Beautiful Day in the Neighborhood shines in its emotionally genuine approach. Even with certain plot beats and characters feeling contrived (the dynamic between Lloyd and his father was fictionalized for the film), all of these moments are approached with the same embrace of goodwill and positivity that Fred Rogers embodied without dipping into maudlin territory. It’s an accomplished biopic that Rogers fans will embrace with warmth and appreciation.

Continue Reading
You may also like...
Related Topics:A Beautiful Day in the Neighborhood, Tom Hanks

‘Queen and Slim’ Review: Inspired Take On Tride and True Tale
‘Knives Out’ Review: A Serviceable Whodunit For Our Modern Times
Advertisement
Advertisement
To Top