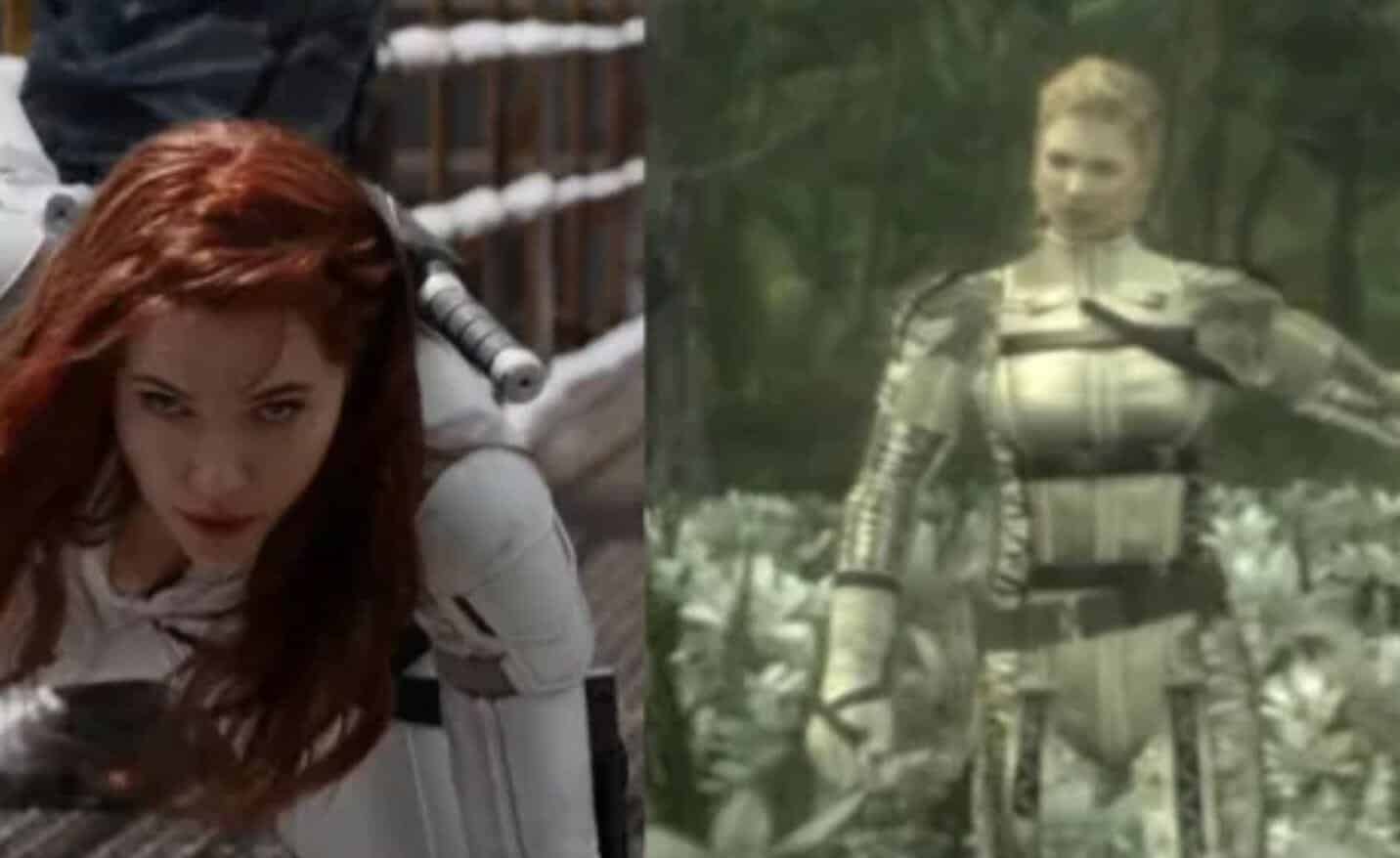 While most audiences were excited by the newly released trailer for Marvel’s upcoming Black Widow film, it turns out one director in particular had some interesting things to say. And it happened to be Jordan Vogt-Roberts, the director of the upcoming Metal Gear Solid movie. According to him, the Black Widow movie appears to be inspired by Metal Gear Solid 3: Snake Eater. Specifically, Natasha Romanoff’s white suit in Black Widow was his focus for criticism.

Jordan Vogt-Roberts brought up the Black Widow and Metal Gear Solid suit comparisons on Twitter. As he stated:

“Honest question. I’m firm believer of parallel thinking, but…Is there any BLACK WIDOW pre the release of METAL GEAR SOLID 3 in 2004 that establishes this white suit? It sure reminds me of a certain patriot who saved the world❗️ Also, Cyber Monday Sale on elevated walkways!”

He then followed up his statement with:

“Ok, the suit first appeared in 2010. Six years *after* MGS3 introduced us to THE BOSS. The comic design skewed sleek catsuit vs. the significantly more tactical in vibe glimpse in the trailer. Notice the accented black straps + zipper pockets. #YojiShinkawa is a living legend. This is his design. Shinkawa-san & Kojima-san are 2 strands of the same brilliant double-helix creatively orbiting each other. I am VERY curious where ya’ll draw the blurry creative line between inspiration vs. straight lifting or strip mining?”

If that wasn’t an in-depth enough comparison, he also decided to compare the film’s style of combat with Metal Gear Solid’s own “close quarters combat” gameplay:

“Now we should touch on “CQC”. What is CQC you ask? It’s a legendary and technical style of combat unique to the Metal Gear franchise. It’s designed for “rapid alternation between armed & hand to hand combat” It’s pure @HIDEO_KOJIMA_EN! This moment plays on loop in my brain. So here we witness the old tradition (still celebrated in most of rural Eastern Europe) where two spies (and family) unexpectedly ‘bump’ into each other. Whoops! Immediately guns draw as tense pleasantries are exchanged through the narrow sights. What happens next you ask?” CQC BABY! An immediate display of balletic movement as each spy attempts disarm the other. NOTE: This thread will be ONLY describing what happens in MGS. Any parallels you see are your own. Blow for blow & quip for quip, years of subtextul backstory ooze from the action.”

He even brought up the counterpoint that while acknowledging Black Widow’s combat style from past films, it was the way she fought in the trailer that was particularly different and more comparative to Metal Gear Solid.

“So…The MCU fights have mostly shown Natasha as a badass resourceful brawler who employs parkour-esque wraps / leg locks to take down foes. Dope! But…can you tell me if there’s any prior emphasis with her and the CQC-esque interplay of hands, guns & melee in the trailer?”

Of course, Jordan Vogt-Roberts did say he would reserve his judgment for the final film and that he hopes he’ll enjoy it.

“I have loving, trusted friends on Black Widow so I will reserve judgement until I see the film but this surprised me given the deep reservoir Marvel has to draw from….❗️MGS OTAKU❗️how does all of this this sit with you? Marvel fans, do you care? Fans of both? Let me know!!”

“Every movie is a miracle. Decent movies are double miracles,” Vogt-Roberts wrote. “Great movies are triple miracles and the bottom line is making movies is hard and we should always root for films to be good. So, I hope Black Widow is great but also…❗️LONG LIVE THE BOSS❗️”