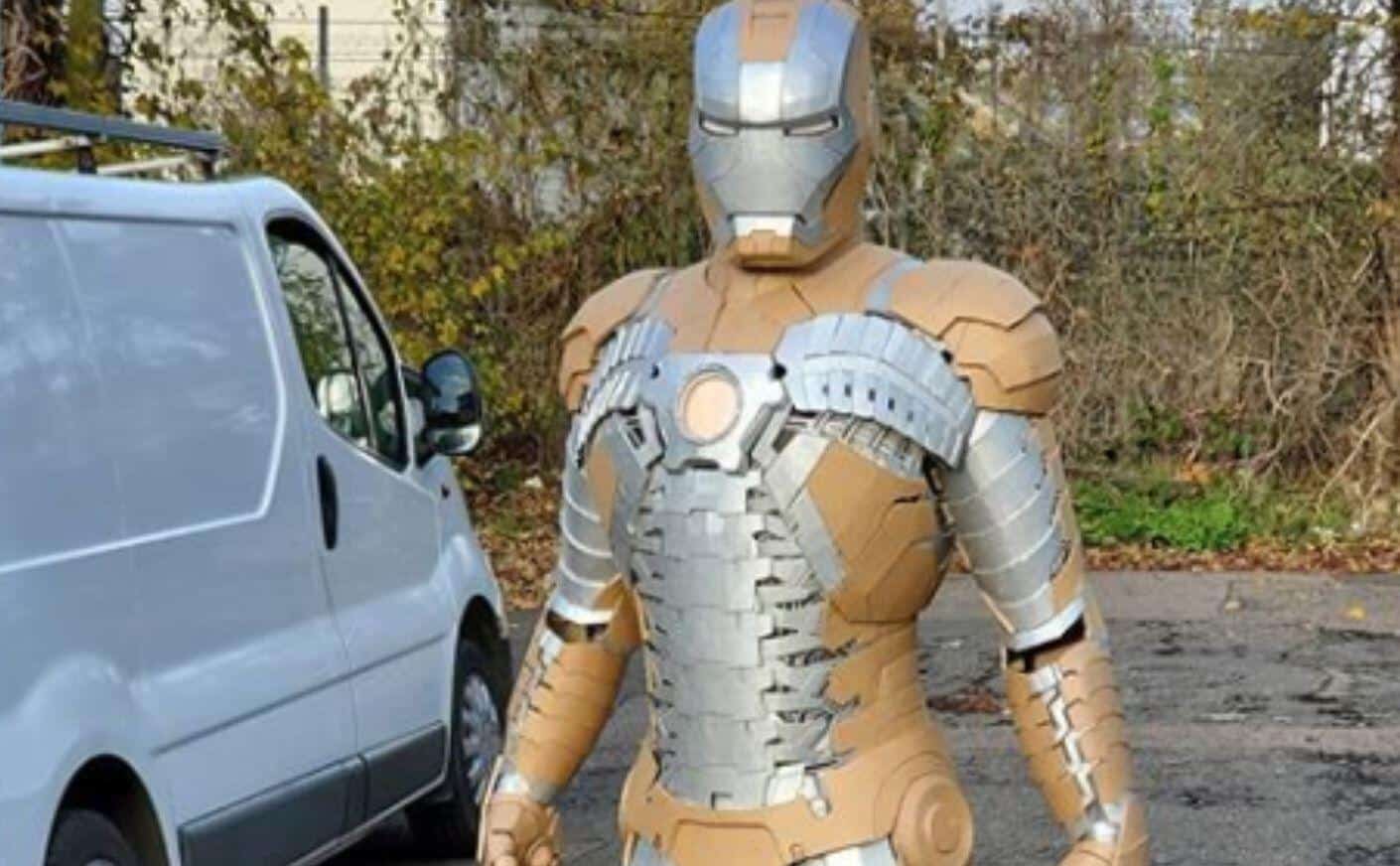 One of the coolest things that come from pop culture fan communities are the costumes. You can see a variety of different kinds, ranging from endless ideas behind them, and some of the best ones sometimes come from comic book cosplayers. One such cosplayer made a fascinating costume based on Iron Man’s Mark V armor from the movie Iron Man 2. While that might not sound very special, it’s worth showcasing because he made the Iron Man costume out of cardboard.

The costume comes from a cosplayer who goes by the username KRYOCreations online. As you can see in the image down below, his cardboard Iron Man costume is a stellar reproduction of the one used in the film. And there’s something absolutely charming about making it out of such ordinary materials.

KRYOCreations was able to capture his process in several different photos, and you can see how he constructed his very own Iron Man 2 Mark V armor. It’s amazing!

While the costume is made almost entirely of cardboard, he does admit that there are three 3D printed parts. Nevertheless, it’s a highlight of homemade costume building and shows how much a fan is capable of with a little passion and ingenuity.

You can see more on KRYOCreations’ Instagram account, which includes many other photos from the self-claimed “Connoisseur of Cardboard”. And let’s be honest, he definitely earned the title. His cardboard Iron Man armor is certainly something to be applauded for, and hopefully he continues to do great work with creating awesome cardboard cosplays. It’s definitely a unique means of creating costumes in the cosplay community so hopefully we can expect more stuff from him soon.

What did you think of KRYOCreations’ awesome Iron Man armor inspired by the Iron Man 2 Mark V suit? Do you think he did a great job? Let us know your thoughts in the comments section down below!