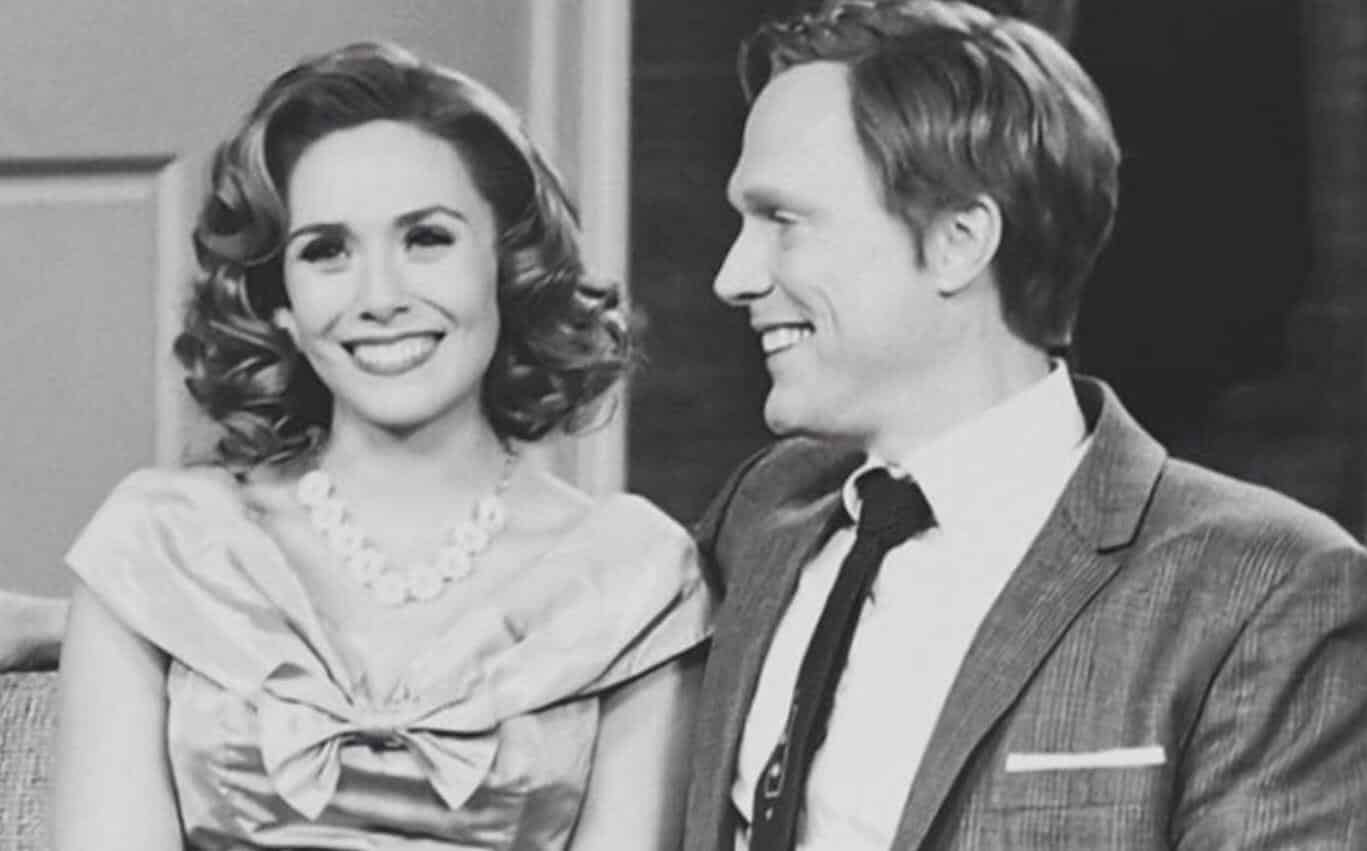 The Marvel Cinematic Universe is about to expand their properties into the streaming world with several Disney+ series coming in the near future! We’re getting new, highly anticipated characters, like Moon Knight, She Hulk, and Ms. Marvel, as well as further expanding the stories of established heroes like Falcon, Winter Soldier, Hawkeye, and more. Arguably the most anticipated show, though, has to be WandaVision. Scarlett Witch and Vision will explore their relationship, but with many twists and turns. How is Vision alive again? And how will this series ties into the MCU’s first horror film, Dr. Strange Into the Multiverse of Madness?

Now, we have our first look at WandaVision, and it seemingly confirms a theory as to the story.

Released at CCXP in Brazil, the image looks like a 50’s sitcom, a la Leave It To Beaver or I Love Lucy. Rumors have run rampant that the story would play heavily on the comic book arc where Scarlett Witch basically created an alternate reality where she and the android Vision lived in a quaint suburban neighborhood with their children (whom she magically created from her subconscious). It would seem, thanks to this image, that this is indeed at least part of the inspiration for the show. And, considering that this show directly leads into the Dr. Strange sequel, which will be of a terrifying nature, the show may not end with all the sunshines and rainbows as this image portrays.

Not much else is known about the series, other than actress Elizabeth Olsen describing it as ‘weird’ and Kevin Feige saying that it’s like nothing we’ve seen before. Marvel has set the bar extremely high with their first decade of films, and it seems like they’re up to the task of delivering even more amazing and unique stories.

Are you hyped for WandaVision? Let us know in the comments below!

The Mystery Behind Jason Voorhees’ Father In ‘Friday The 13th’
‘Free Guy’ Trailer: Ryan Reynolds Is A Video Game NPC Without Limits
Advertisement
Advertisement
To Top