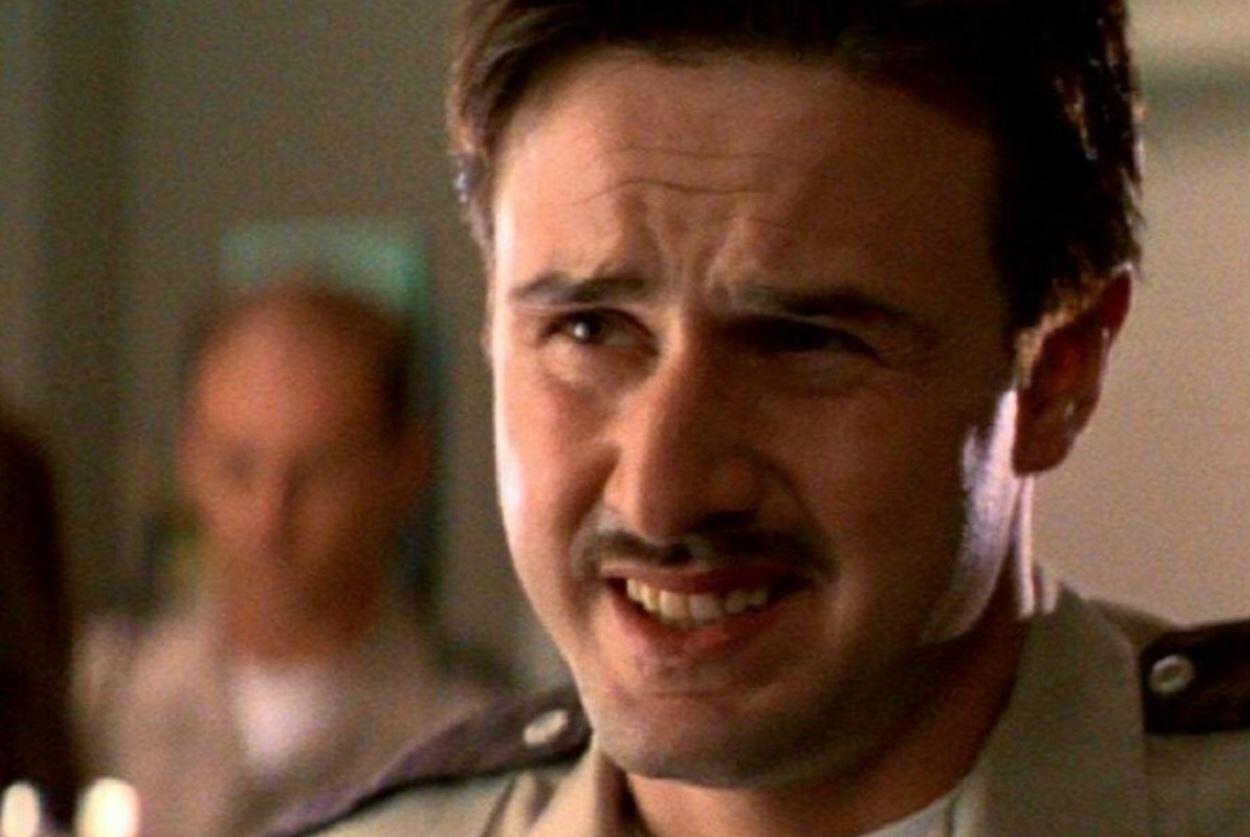 The Scream franchise has been keeping itself alive over the last few years with a TV series, but besides that, it’s been mostly quiet on the film front. Until recently that is. While it hasn’t been confirmed whether the next movie will be a sequel or some other kind of reboot, it has been confirmed that another film is in the works. While we wait to find out what exactly is going on with the next movie, it looks like franchise star David Arquette is eager to return to his role as Dewey.

David Arquette expressed his interest to return as Dewey while speaking with MovieWeb. Here’s what he said:

“My phone has not rang and I know nothing. I honestly don’t. And I’m not just saying that. So I know just like you that they’re working on a script, apparently. I don’t know if our characters are going to be involved. It’d be nice. It would be exciting to be a part of it. It’ll be sad that Wes [Craven] isn’t there but I would love to see his legacy continue and the great projects and films that he was a part of an afterlife, and continue what he started. I would love to see more Nightmare on Elm Streets. I’d love to see more Screams. I just think he’s such an incredibly talented and amazing person. I’m so honored that I had gotten to work with him, just in general. So, whatever they decide to do, it’s what they’ll decide. You can’t bet on stuff like that. You just have to keep doing what you’re doing.”

David Arquette also brought up a few ideas he had regarding Dewey and where he’d be by this time.

“I don’t know. I guess maybe he’d be almost ready for retirement. I don’t know if he would still be together with Gale. There was a lot of interesting stuff that we were pitching to Wes [Craven] for Scream 4 that didn’t really happen. Even, in one of the earlier drafts, [Dewey and Gale] had a kid, which was interesting. Because, obviously me and my ex Courtney [Cox] actually had a kid and we met on the Scream films. So it was kind of a fun parallel. I don’t know if they would still be together, or if they wouldn’t. I always liked the dynamic of them, sort of the cat and mouse, Sam and Diane aspect of their relationship was always fun for me. Whatever it is, I’d love to see it have some stakes to it, where it’s palpable. Just play with the love element. I think that was fun about the first one especially. You could see the spark in their eyes and a budding relationship. To go back to that would be fun.”

Of course, we still have to see what’s in store for the future of Scream. But anything is possible, especially if the original cast remains interested in returning for another film installment.