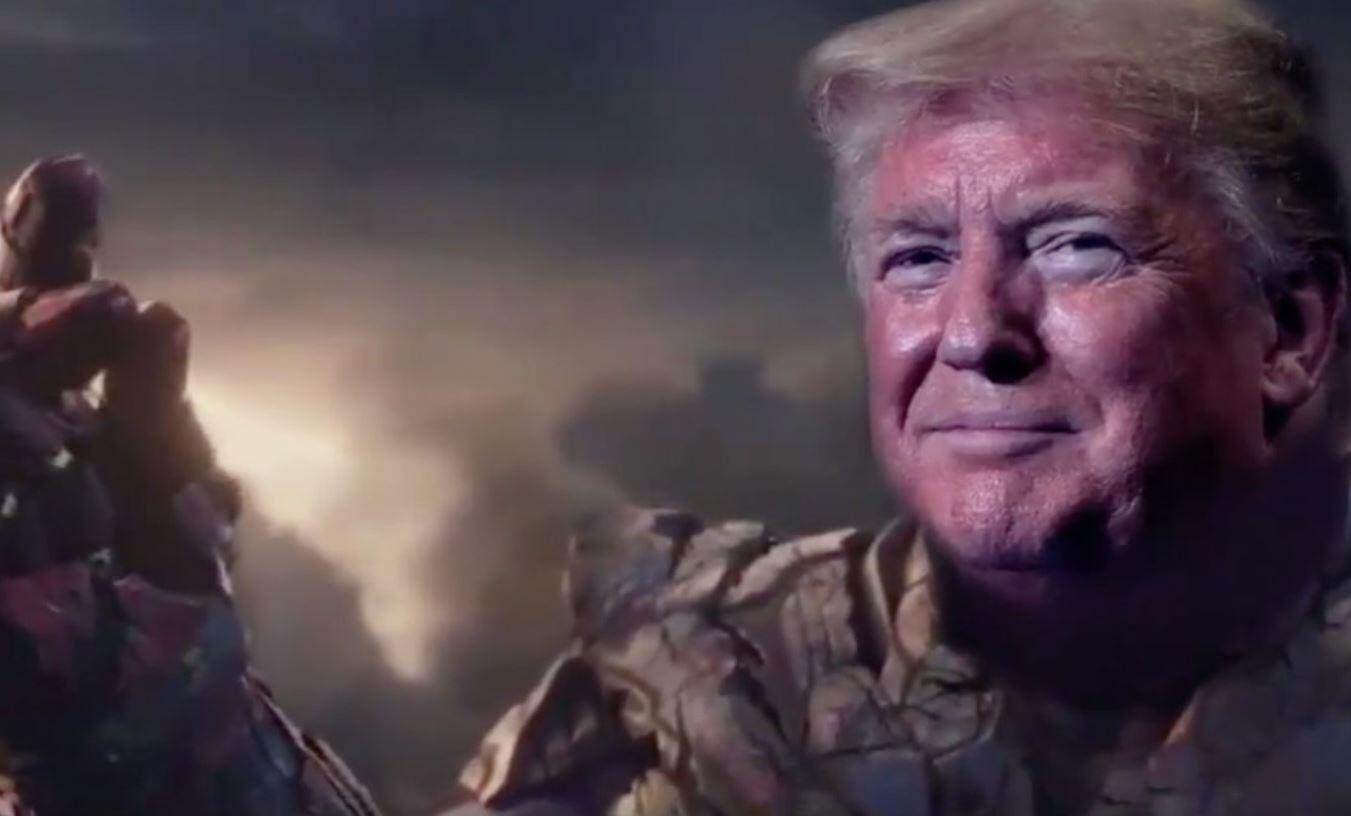 Just last month, President of the United States Donald Trump posted a picture of himself as Rocky Balboa, with no caption. It definitely got a strong reaction, as people were talking about it for a while. Well, it appears he’s back – and it involves the Marvel villain, Thanos. An official campaign account for Trump posted a video of Trump – as Thanos from his famous scene in Avengers: Endgame where he says he’s inevitable – but this time, Thanos doesn’t vanish after the snap – some prominent Democrats do.

House Democrats can push their sham impeachment all they want.

The creator of Thanos, Jim Starlin, has responded, saying:

“After my initial feeling of being violated, seeing that pompous fool using my creation to stroke his infantile ego, it finally struck me that the leader of my country and the free world actually enjoys comparing himself to a mass murderer. How sick is that? These are sad and strange times we are going through. Fortunately all things, even national nightmares, eventually come to an end.”

That wasn’t the only negative reaction to the video, as you can see below:

You’ve made Trump a supervillain and depicted him in the scene where his plan to kill everyone in the universe falls apart due to his arrogance and incompetence. pic.twitter.com/2B7KdvI7Y8

Never saw the ending, huh? Typical. Lemme help you out a little. pic.twitter.com/T3xb9EmHCV

Did you, uh…. did you happen to watch the rest of that movie?

— Alexandra Erin The Meadow We Can Build A Snowman (@AlexandraErin) December 10, 2019

Y’all realize that Thanos loses? He wipes out half the universe’s population before the Avengers can defeat him and reverse the snap, and you think that he’s the good guy?

So… we’re at the endgame, the final point where Thanos/Trump loses for good?

We’ll be sure to keep you updated as Trump continues to use popular Pop Culture references for his campaign.