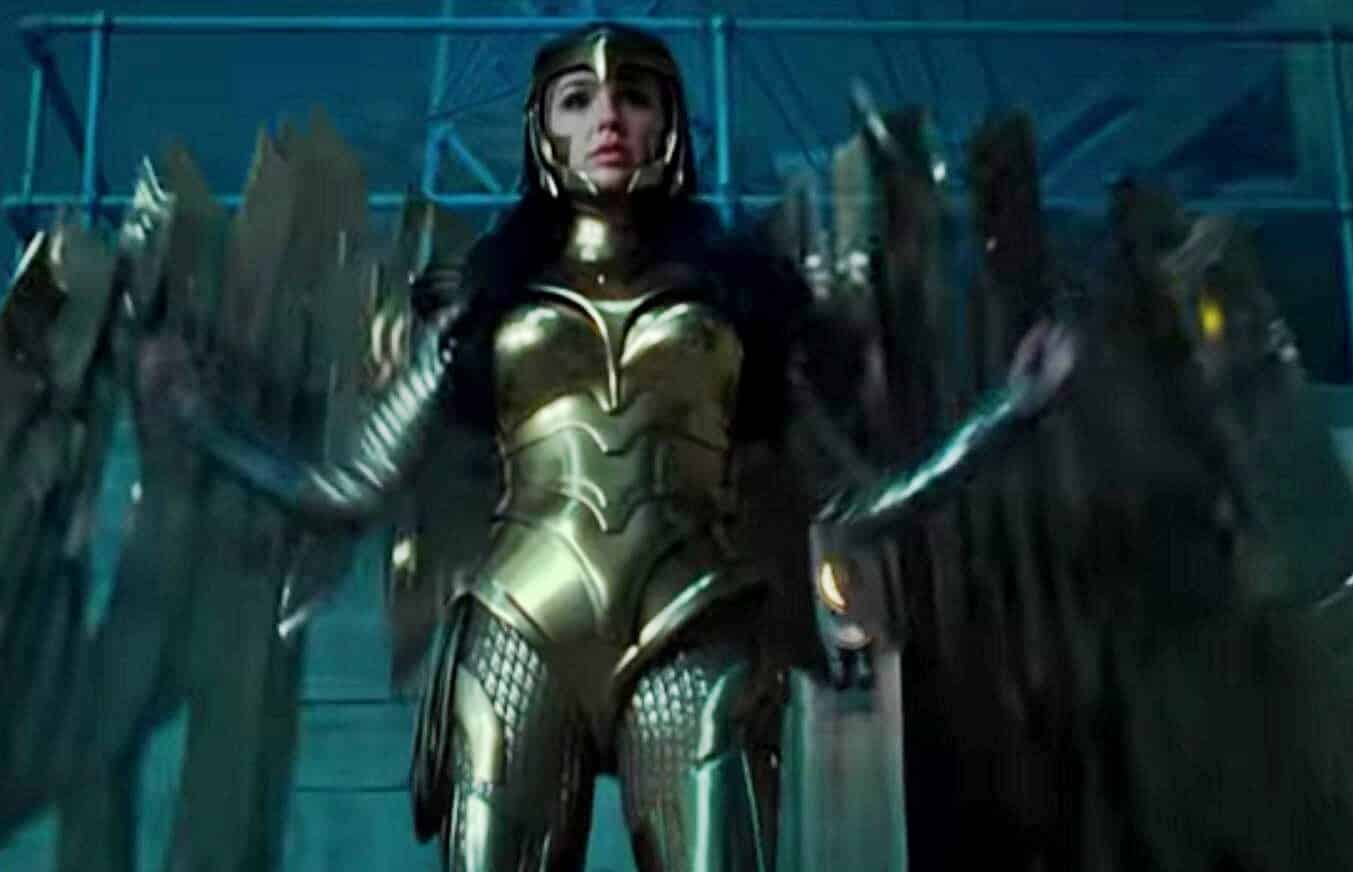 We just got the first full trailer for the highly anticipated sequel to the uber successful superhero flick in Wonder Woman 1984 and it is blowing up the internet. So many questions have already arisen about the film, but apparently all those questions and more are being answered right now! Several hours before the trailer was released, a detail plot leak made its way online. Now, 99 times out of 100, these plot leaks are complete b.s., simply the work of some lowly internet troll trying to go viral. However, every now and then, a plot leak is legit. This one borders on legit, only for the fact that some of the points brought up directly correlate with the trailer that came out AFTER said leak.

So, for your reading enjoyment (thanks to Twitter user @ViewerAnon), here is the complete plot leak for Wonder Woman 1984.

SPOILERS AHEAD! READ ONLY IF YOU DARE!

Wonder Woman 1984 kicks off in Themyscira as a young Diana Prince competes in a giant obstacle course of sorts against much older Amazons (that sequence can be seen in the trailers).

After making her way across those columns, Diana leaps into the ocean below and then gets on to a horse after washing ashore. With a decent lead, the Amazon gets distracted, is knocked off her horse, and ends up cheating to reclaim first place. However, just seconds away from victory, she’s grabbed by Antiope who lectures her on not taking the easy way out.

We then move to the 1980s and after a quick montage featuring plenty of 1980s jokes and Wonder Woman saving an old woman from being knocked over, we visit a typical American mall where a couple of gunmen are creating a distraction while their fellow criminals are in the back trying to get their hands on some priceless artifacts.

The titular hero then arrives, saves a little girl, and takes down these goons. Oh, and yes, she does indeed destroy those security cameras in order to hide her identity from the world.

Barbara Minerva is quickly introduced and it sounds like the sequel goes all in on making it clear that she’s a loser. No one seems to really notice her, no one cares when she drops her things, and even the cops who hired her to investigate which artifacts were stolen seem to forget who she is!

However, there’s one person who does notice her: Diana Prince.

At Diana’s home, there are photos which shed some light on what she’s been up to all these years and we get to see what became of some of the characters from the first movie (she was a bridesmaid at Charlie’s wedding and is shown on a ship with an elderly Etta Candy).

Checking in on Barbara, Diana finds the doctor working with a strange rock and everyone starts joking about what properties it might have. One guy picks it up and wishes that he could have a coffee right now and when he walks away, an intern walks in with extra coffees. Everyone dismisses that as a silly coincidence.

Diana picks it up and says she knows what she would wish for, and back in her apartment, Steve Trevor’s watch (which she’s kept since World War I) suddenly springs to life.

After some scenes with Diana and Barbara, the movie jumps to the next day where Barbara is also shown mulling over what she would wish for. It turns out that she would like to be as strong and sexy as Diana, and there are hints that’s come true when her clumsiness is suddenly gone.

Maxwell Lord soon makes his presence felt at the Smithsonian and meets both Barbara and Diana. He invites them to party he’s throwing, and when he returns to his office, we learn that he’s completely broke. He’s also determined to make his eight-year old son, Alistair, proud of him.

Lord is also threatened by a man named Stagg who wants out after yet another of his his oil deals went wrong. He’s getting desperate, and seduces Barbara at the party. We learn why that is when he spots that ancient stone and steals it from behind her back while they kiss.

Diana chooses to go to the party and is harassed by a guy who claims to know her. After repeating some lines from the first movie, she realises that she’s talking to Steve Trevor, and from this point on both Wonder Woman and the audience see him as Chris Pine despite the fact that he’s actually in a new body.

They go for a walk and Steve reveals that he remembers being on the plane when it exploded and then waking up in bed in the 1980s. There was something in between, but he doesn’t know what.

Back in Lord’s office, we learn that the villain knows exactly what the artifact is and wishes to gain the powers of the stone itself. It turns to dust, and he is then imbued with tremendous abilities. Meanwhile, Steve and Diana have grown close again and they then go to find him some new clothes.

They also start investigating his return, and after coming face to face with the all-new Barbara, it’s revealed that she knows Lord has the stone and that she gave it to him willingly.

Things get a little convoluted at this point, but it’s essentially revealed that when the stone/Lord grants a wish, it takes something in return. In the case of Stagg, he wishes that the wells would start producing oil again but then ends up being arrested for tax avoidance.

Lord’s fortunes are turning around and when his sole secretary “wishes” for more help, a number of people show up looking for a job (later on, hundreds are shown trying to get into his building).

Diana and Steve break into Lord’s office and learn what he’s done. They then sneak into a military base to steal a plane for Steve to fly, but technology has advanced and they find themselves being pursued. Believe it or not, though, Diana has the power to make things invisible, and uses that on the jet.

They then fly through the fireworks we saw in the new trailer for the movie.

As all this is happening, Barbara is starting to lose the plot and begins to attack people. Lord, meanwhile, is making deals with foreign leaders and grants a wish to magically erect a wall which will remove the Cairo leader’s enemies from his lands. However, when he won’t hand over his oil reserves, the villain takes his military instead and decides to take the oil by force.

This all ties into the Cold War, and that massive action sequence with the trucks from the trailers then plays out as Diana attempts to get to Lord so she can stop him once and for all.

However, Wonder Woman begins to notice that she’s vulnerable now and things she’d normally shake off start to hurt her. Lord manages to escape after she confronts him and her weakened state means that two children very nearly die because her powers are starting to fade.

This is also affecting Lord as his body is beginning to break down. However, his son wishing that his dad can get everything he wants gives him a boost and he decides to meet with the U.S. President.

Thanks to Barbara, Steve and Diana learn that using a wish means you have to sacrifice something important to you, hence why the hero is starting to lose her powers. The only way to reclaim them is to recant that wish, but in Diana’s case, that would mean saying goodbye to Steve again. Killing Lord will do the same thing, and Barbara says she doesn’t want to lose her newfound confidence.

Wonder Woman has been hiding her Golden Eagle armor in her apartment, and as it’s forged from pieces of her fellow Amazons’ armor, it should help protect her during what comes next.

In the White House, Lord grants the President’s wish for nukes he can use against Russia but requests his power in return. The villain also sees some designs for a broadcast system he believes can be used to grant wishes for a huge amount of people at one time. It’s then that Diana and Steve arrive and he sets those security guards on the duo to slow them down.

Barbara, who now has super strength, shows up to protect Lord from Diana and proceeds to take her down in brutal fashion. As they escape in the President’s helicopter, he explains that by granting wishes from all over the world, he’ll take their health from them so he can be rejuvenated. Barbara, meanwhile, wishes to become a true “Apex Predator” and you can probably guess what that means!

War between America and Russia is about to kick off thanks to what Lord has been doing, and Steve makes it clear to Diana that she needs to sacrifice him in order to save the world.

After an emotional goodbye, she leaps into action: Wonder Woman is back! Retrieving her armor, she goes after Lord who is now broadcasting to the world. Chaos starts ensuing everywhere but Lord is becoming more and more powerful. Wonder Woman is then confronted by Cheetah who is indeed a comic accurate cat-woman now.

It’s said that she’s “either white or very light gold. She stands upright with light fur running down from her neck, a tail, and sharp claws. Her hair is streaked back and white, and she has black marks on her face like running mascara.”

Diana’s armor is badly damaged during their battle, and after an intense fight, Cheetah is electrocuted after refusing to recant her wish. The villain is still alive but just barely, and Wonder Woman then heads off to confront Maxwell Lord.

The now God-like villain is determined to get more and more power (he’s completely lost it), and after a brief fight and some taunts about Steve Trevor, it’s revealed that Wonder Woman has used the Lasso of Truth to broadcast her words across the entire globe. People stop making wishes and after realizing how much danger he’s put his son in, the villain finally gives up his power.

Cheetah has been transformed back into a human, and it turns out that Lord’s son wished for his father to come and find him, which is why he saw that he was in trouble and decided to do the right thing.

In the final few minutes of the film, Diana bumps into the man who Steve was inhabiting and they wish each other a Merry Christmas before going their separate ways. He has no memory of what happened and during a voiceover, Wonder Woman talks about having faith in people before going full Superman and leaping into the air to answer a nearby alarm and to once again save the day.

So, there you have it. Now, of course take this with a grain of salt, but who knows. This could be legit.

What do you think of this plot for WW84? Let us know in the comments below!