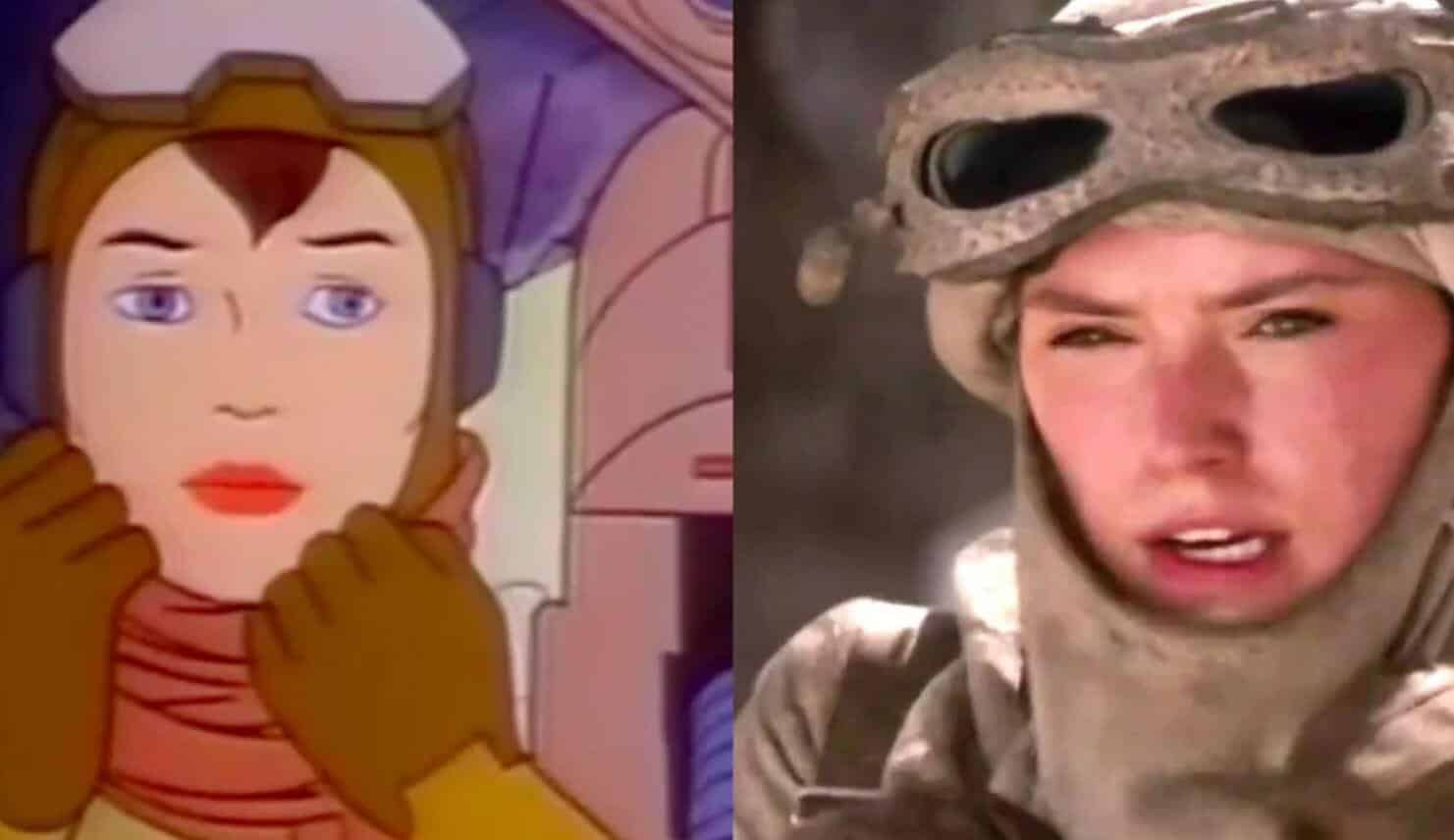 It’s an exciting time to be a Star Wars fan. This month marks the release of Disney’s upcoming film Star Wars: The Rise of Skywalker, which is set to be the final installment of the “Skywalker Saga”. And because the ninth episode in the main part of the franchise is upon us, it’s worth looking back at one of the lesser known pieces of the Star Wars series. I’m talking about the animated series Star Wars: Droids from 1985 and a theory that Disney might have actually used ideas from that series in their new sequel trilogy.

For example, the Star Wars sequel trilogy introduced a variety of new characters that have become iconic in their own ways. One of these characters is Rey, a force-sensitive female that has become the main protagonist in the sequels’ storylines. Interestingly, however, there’s a character from Star Wars: Droids that’s introduced in almost the same exact fashion as Rey.

As you can see in the screenshot, the character from Star Wars: Droids (named Kea), looks nearly identical to Rey. Of course, these similarities stop as the episode featuring Kea continues. But it’s certainly uncanny that both characters are first introduced while removing their goggles and pulling down scarves while living alone on a desert planet. It’s also worth mentioning that Rey’s original name was going to be Kira, which is even closer to Kea’s name. And now that we’re on the subject of names, it’s time to bring up an even more interesting character from Star Wars: Droids. Although he doesn’t have much in common in terms of design or backstory, there’s a character with nearly the same exact name as villain Kylo Ren. This villain is named Kybo Ren. Of course, Kybo Ren isn’t a force-sensitive Sith Lord or anything, however. He’s merely a space pirate. But being that the names are so similar, it’s hard not to believe that those at Disney weren’t inspired by it in some way.

Whether intentional or simply coincidental, it’s a fascinating couple of similarities that are worth thinking about. Especially with Star Wars: The Rise of Skywalker soon hitting theaters on December 20, 2020.

What do you think of the Star Wars: Droids theory? Do you think Disney intentionally used those ideas or is it a matter of coincidence? Let us know your thoughts in the comments section down below!

Jack Black May Be Retiring After ‘Jumanji: The Next Level’
You Have To See This New Michael Myers Statue Based On Original ‘Halloween’
Advertisement
Advertisement
To Top