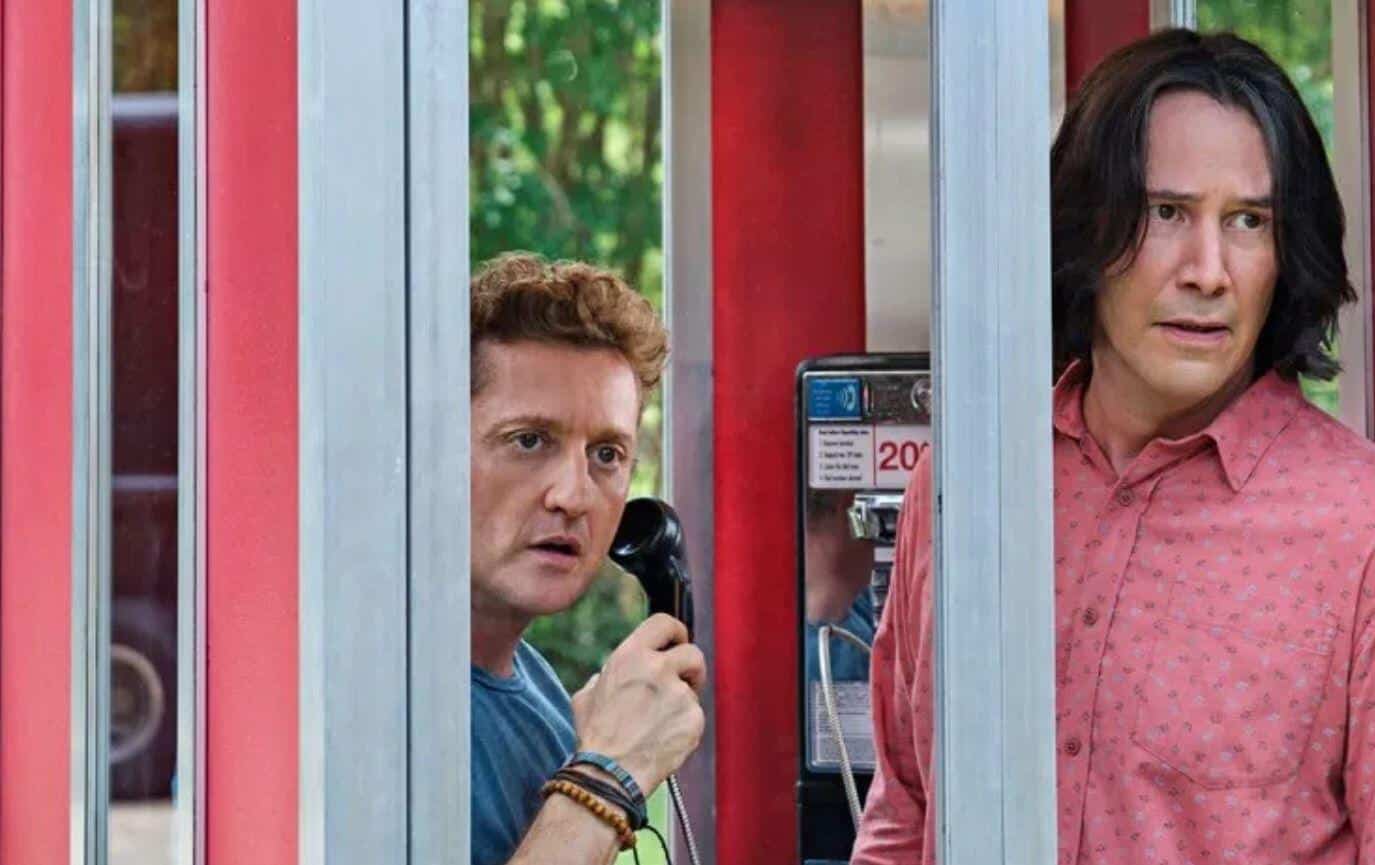 The first look at Bill and Ted 3, titled Bill and Ted Face The Music, has been revealed – and fans looking forward to the entry (it’s been a LONG time) are definitely going to be intrigued. We get a look at Bill and Ted (Alex Winters and Keanu Reeves), Death and Samara Weaving  as Thea Preston, Bill’s daughter, and Brigette Lundy-Paine  as Billie Logan, Ted’s daughter.

Here’s what franchise writer Chris Matheson had to say about the movie, in the first look piece from EW:

“They were told when they were teenagers that they were going to save reality, and they’ve been working on it the whole time. Now an emissary from the future comes and says, ‘You’ve got to do it right now. We’ve got literally 80 minutes or all of reality will come to an end.’”

When talking about the daughters, Matheson said:

“The daughters really love their dads’ music and want to help them.”

Here’s some reaction to the first look:

Seeing Keanu without a beard is just so weird now lol

Hopefully we’ll get a trailer soon!

It’s so great seeing William Sadler back as Death. That goofily wholesome character makes me so happy.

This makes me so happy!

Hopefully we’ll get a trailer soon!

Are you looking forward to Bill and Ted  Face The Music? Be sure to tell us all of your thoughts in the comments section down below!

The Emperor’s New Groove: A ‘Star Wars: The Rise Of Skywalker’ Theory
Plans For The Next MCU Team-Up Movie Are Well Underway
Advertisement
Advertisement
To Top