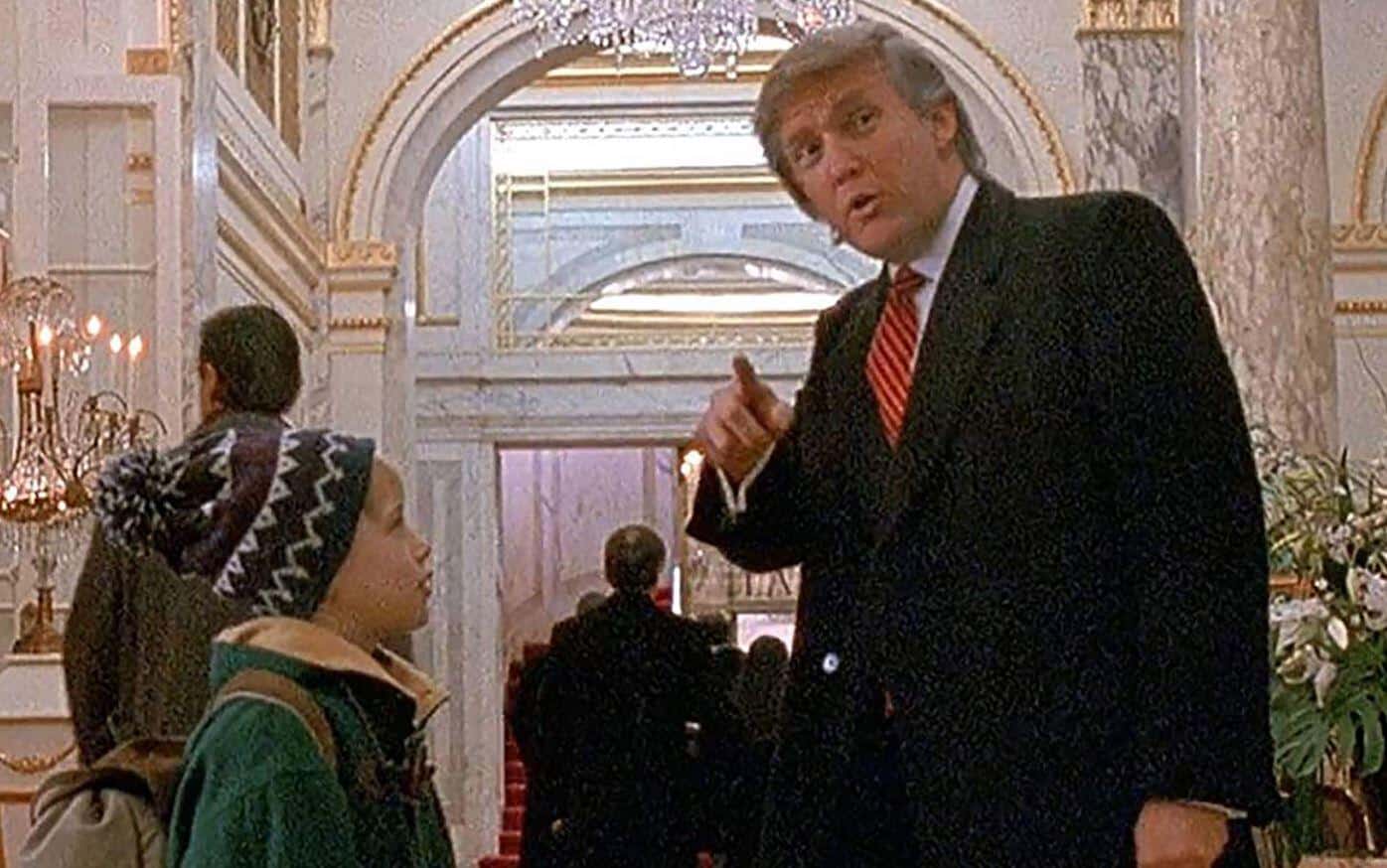 One of the biggest surprise novelties when it comes to the Home Alone sequel Home Alone 2: Lost in New York, is the inclusion of a cameo from United States President Donald Trump. Of course, the movie was filmed well before Donald Trump was affiliated with politics like he is today, but that hasn’t stopped people from targeting his role in the movie. In fact, one Canadian broadcaster cut the clip out completely by the time the film aired on CBC. Apparently, however, the broadcaster denies having a political reason for removing Donald Trump’s cameo.

The broadcaster recently responded to ComicBook.com, who had asked the CBC why the Donald Trump cameo was removed from the film when it aired on CBC. Here’s their response, suggesting that there was no political agenda involved:

“As is often the case with features adapted for television, Home Alone 2 was edited to allow for commercial time within the format.”

Trump has reacted to the removal, saying:

The movie will never be the same! (just kidding) https://t.co/FogquK1ei7

While they insist there wasn’t a political motive involved with the removal of Trump’s cameo, that hasn’t stopped other internet users from pointing it out and suggesting politics as the reason why.

Just watched Home Alone 2: Lost in New York recorded off @CBC and they edited out the @realDonaldTrump scene. God bless us EVERYONE! #ChristmasEve

Personally, I think cutting trump out of "Home Alone 2" is a great start.

He should be cut out of the Fresh Prince, the Apprentice, the White House, and everything else he's ever appeared in.

Just leave his impeached ass in the history books, as a cautionary tale.

How much does the left hate Trump?

It was 7 seconds long.

It wasn't cut for time

It’s an interesting choice for a scene removal even if there supposedly isn’t a political reason for it. But the timing seems to be just right because it wasn’t long ago that Donald Trump praised Home Alone 2: Lost in New York and his cameo within it.

“Well I’m in Home Alone 2,” Trump said (via Deadline). “A lot of people mention it every year, especially around Christmas. They say — especially young kids — they say, ‘I just saw you on the movie.’ They don’t see me on television as they do in the movie. But it’s been a good movie and I was a little younger, to put it mildly. And it was an honor to do it.”

He also noted how big of a hit Home alone 2: Lost in New York had become.

“And it turned out to be a very big hit, obviously,” Trump continued. “It’s a big Christmas hit — one of the biggest. So it’s an honor to be involved in something like that, you always like to see success.”