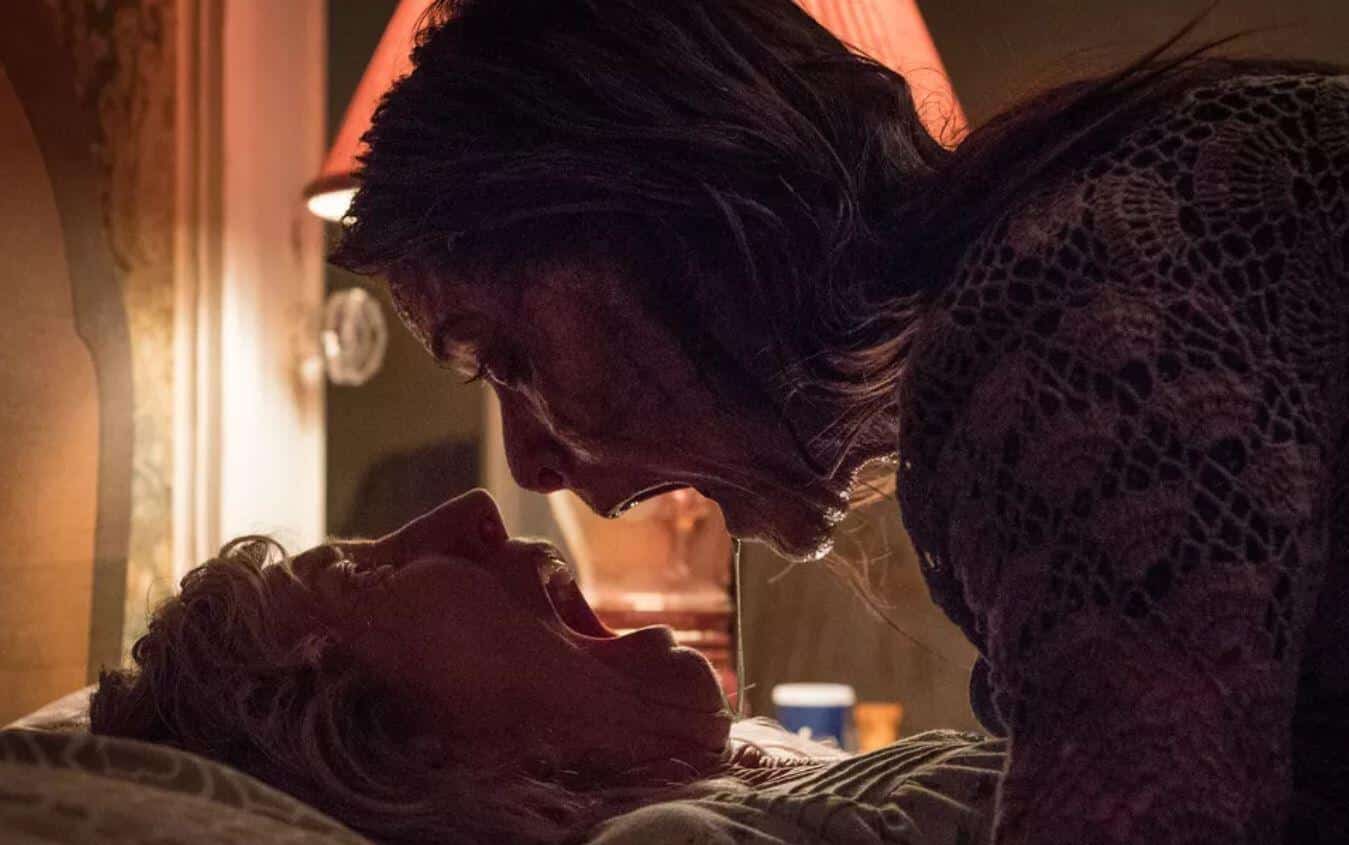 Horror remakes have become such commonplace in Hollywood that this weekend brings us a remake of a previously remade film. That project is The Grudge, which opens 2020 as horror films typically do with mixed results. Despite bolstering a sturdy cast and a talented filmmaker (Piercing writer/director Nicolas Pesce), The Grudge fails to surpass the low January horror standard.

Similar to its predecessors, The Grudge follows a non-linear structure. After a live-in nurse returns home, a haunted spirit returns with her, sparking a curse and leading to her family’s death. The narrative follows the aftermath of these events, connecting the different interactions between mourning people and the haunted house they inhabit.

The Grudge has gone through the wringer with critics (a mere 16% on Rotten Tomatoes) and audiences (earned a rare “F” CinemaScore rating) alike. Frankly, the end results are not as abysmal as many are making it out to be, with Nicolas Pesce offering a refreshingly restrained effort that skirts past some studio horror cliches.

With his screenplay, Pesce uses intermixed subplots as a meditative exploration of characters grappling with a longing sense of loss. I appreciate Pesce’s patient storytelling approach, trying to build a macabre emotional core that intensifies the horrors onscreen rather than fixating on the visual scares. While the scattered narrative rarely garners proper development, it does possess sparks of affecting human insights.

These sparks derive from The Grudge’s underrated cast. Demian Bichir and Andrea Riseborough offer strong insular work, effectively portraying people trying to escape the shadow of grief in their lives. Embracing the genre’s campy sensibility, horror staple Lin Shaye continues to dedicate herself with a delightfully unhinged effort as a grandma suffering from the dreaded curse. Even underused supporting players like John Cho and Jacki Weaver are able to elevate their substandard roles above typical low-rent horror fare.

All this potential sadly can’t equate to a satisfying experience. Pesce’s effort in capturing the original’s nonlinear approach is admirable in its emotionally grounded nature, yet the mixture of four congealing subplots leaves a sour taste in the audience’s mouth. The narrative doesn’t flow as it should, with the unique approach taking herky-jerky detours instead of focusing on its main subjects and allowing them to render. The story itself proves no reason to be told out of place other than matching the original endeavor, making the choice feel shoehorned into the final product.

Perhaps the cardinal sin of any bad horror project is lackluster scares. Pesce, who displayed an original edge with his last project Piercing, offers surprisingly dull jumpscares slapdashed throughout without much in terms of build-up. Whether its poor uses of score or lackluster visual effects, most of the scares fall flat on their face, with attempts to offer a quick jolt feeling out of place in a mostly subdued narrative. There’s a good film somewhere inside The Grudge, but it ultimately feels too constricted by studio horror conventions to embrace its own intriguing ideas.