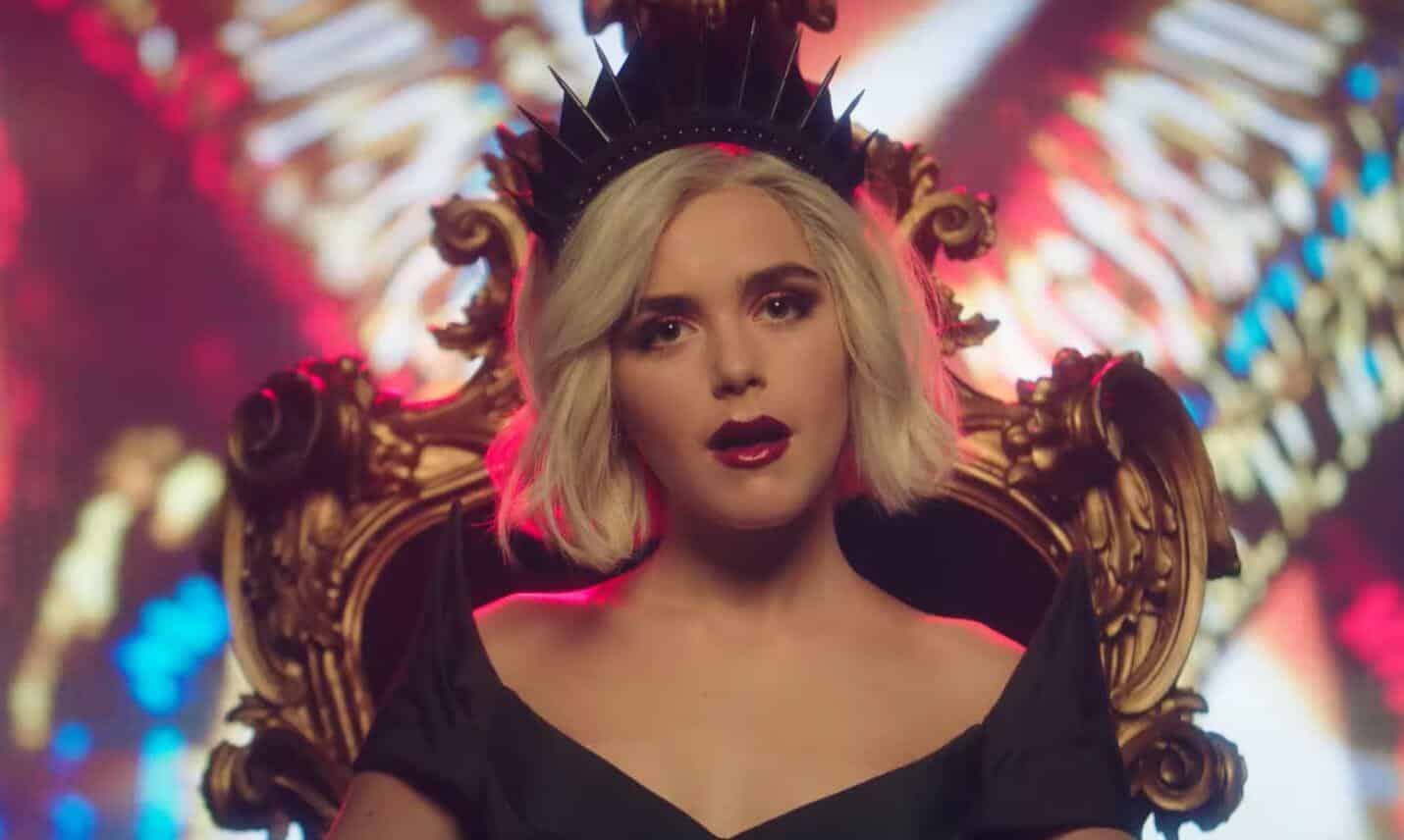 Netflix has finally unleashed the first official trailer for the third season of their beloved horror series Chilling Adventures of Sabrina. Interestingly enough, however, this new trailer is a bit different from anything else they’ve done for the series before. It’s actually a music video! The new music video features an original song titled “Straight to Hell” sang by the series’ lead actress Kiernan Shipka. The song is placed over a series of clips from the new season, and altogether promises a stunning journey that will take Kiernan Shipka’s Sabrina Spellman into the depths of Hell where she’ll reign as queen. Check out the Chilling Adventures of Sabrina Season 3 trailer below!

In the new season…

“Part Three finds Sabrina reeling from the harrowing events of Part Two. Though she defeated her father Lucifer, the Dark Lord remains trapped within the human prison of her beloved boyfriend, Nicholas Scratch. Sabrina can’t live with herself, knowing that Nick made the ultimate sacrifice and is suffering, burning in Hell under Madam Satan’s watchful eye.

So with an assist from her mortal friends, “The Fright Club” (consisting of Harvey, Rosalind, and Theo), Sabrina makes it her mission to free him from eternal damnation and bring him back into her arms. However, the Dark Lord’s unseating has sent shockwaves through the realms—and, with no one on the throne, Sabrina must assume the title of “Queen” to defend it against a challenger, the handsome Prince of Hell Caliban.

Meanwhile, in Greendale, a mysterious carnival rolls into town, bringing with it a threat to the Spellmans and the coven: A tribe of pagans looking to resurrect an ancient evil…”

The Chilling Adventures of Sabrina Season 3 trailer does a great job at teasing the upcoming season in a fun new way. Let’s hope they continue to create enjoyable ways of promoting the show and that some of this creativity made its way into the actual production as well.

The third season for Chilling Adventures of Sabrina will be premiering on Netflix on January 24, 2020.

What did you think of the Chilling Adventures of Sabrina Season 3 trailer? Did you enjoy that it was a music video? Let us know your thoughts in the comments section down below!