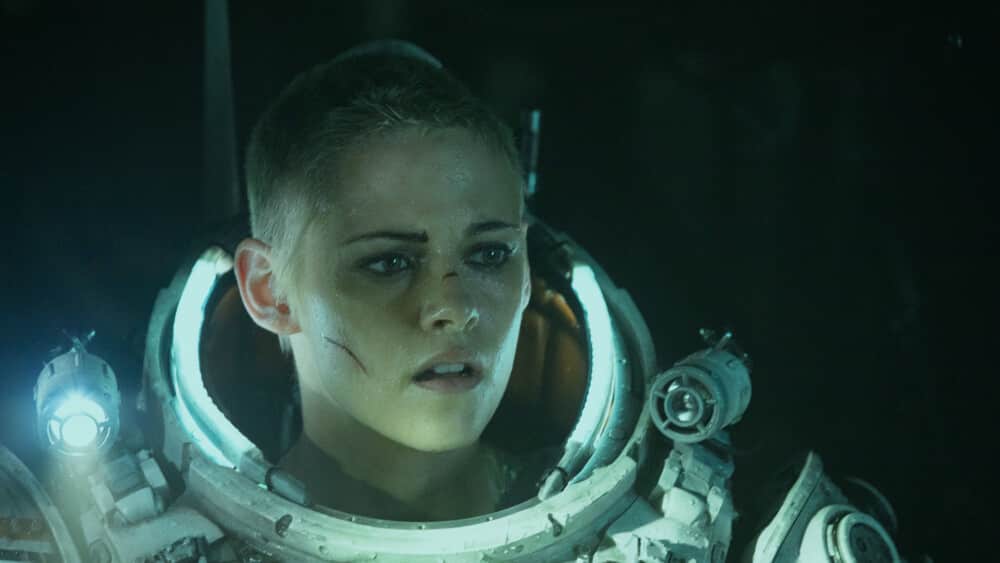 Blockbuster cinema has undergone seismic changes, morphing from disaster epics like Independence Day and Twister to IP-based content like Avengers that build towards a larger cinematic universe. Unless a film has a major brand behind it, the likelihood of it getting a large-scale budget is slim to none, which makes the release of Underwater (budget reported around 80 million) all the more surprising. Shelved for two years and unceremoniously dumped into the doldrums of January, this sci-fi/horror throwback packs a stylish and refreshing punch.

Underwater follows Norah (Kristen Stewart), an aquatic researcher working in a subterranean laboratory. When the rig mysteriously begins to destruct, Norah and her fellow crewmates (made up of veteran character actor Vincent Cassell, Deadpool co-star T.J. Miller, and Iron Fist star Jessica Henwick) are forced to escape for their lives while fending off an unknown foe.

Many will take issue with Underwater‘s shameless B-movie approach, following into the footsteps of Alien with its mixture of science fiction and survival horror. Thanks to the film’s earnest approach and skilled craftsmanship, this effort feels like a genuine continuation of that era rather than a painful rip-off.

Director William Eubank has cut his teeth on intriguing low-budget science-fiction fare (The Signal is an underrated gem), but his latest is an assured entry into large-scale filmmaking. Eubank mounts an immediate sense of panic and dread from the opening frames, seamlessly transferring from atmospheric long-takes to kinetic handheld camera chaos once the action ensues. From there, he holds onto the audience’s attention by moving the narrative forward with momentum while throwing effective stylistic touches onscreen (particular the sight of pressurized explosions that light the dimly-lited sea). Considering much of the film is shot in the murky depths of the ocean, Eubanks nails a complicated balancing act between capturing the hazy environment and making cohesively Lovecraftian horror setpieces inside the dim setting. This movie gets more mileage out of its PG-13 rating than most, never tempering down the scares while creating some memorably gory moments.

With a breakneck pace offering little in terms of character development, the film’s assured cast is able to create lived-in characters with their respective work. Indie darling Kristen Stewart acts as an effective emotional anchor for the film, undertaking a journey of recovery as she fights to keep the team alive while dealing with her past traumas. Vincent Cassell offers another assured effort as the selfless captain, while T.J. Miller injects some much-needed levity in the proceedings with his usual funnyman shtick. Along with Henwick, John Gallagher Jr., and Mamoudou Athie, there isn’t a weak link amongst the cast, effectively grounding this B-movie thrill ride.

Underwater, for its respective thrills, still lingers in the shadows of the films it apes. While I credit writers Brian Duffield and Adam Cozard for trying to interject some emotional agency into the preceding, there isn’t the proper development to make these moments effective. Story-wise, their effort goes through the motions of your typical sci-fi horror film with little in terms of innovative deviations. Despite these issues, I had a blast with Underwater, a sharp throwback thrill ride that should excite audiences that give it a chance.

Continue Reading
You may also like...
Related Topics:Kristen Stewart, Underwater