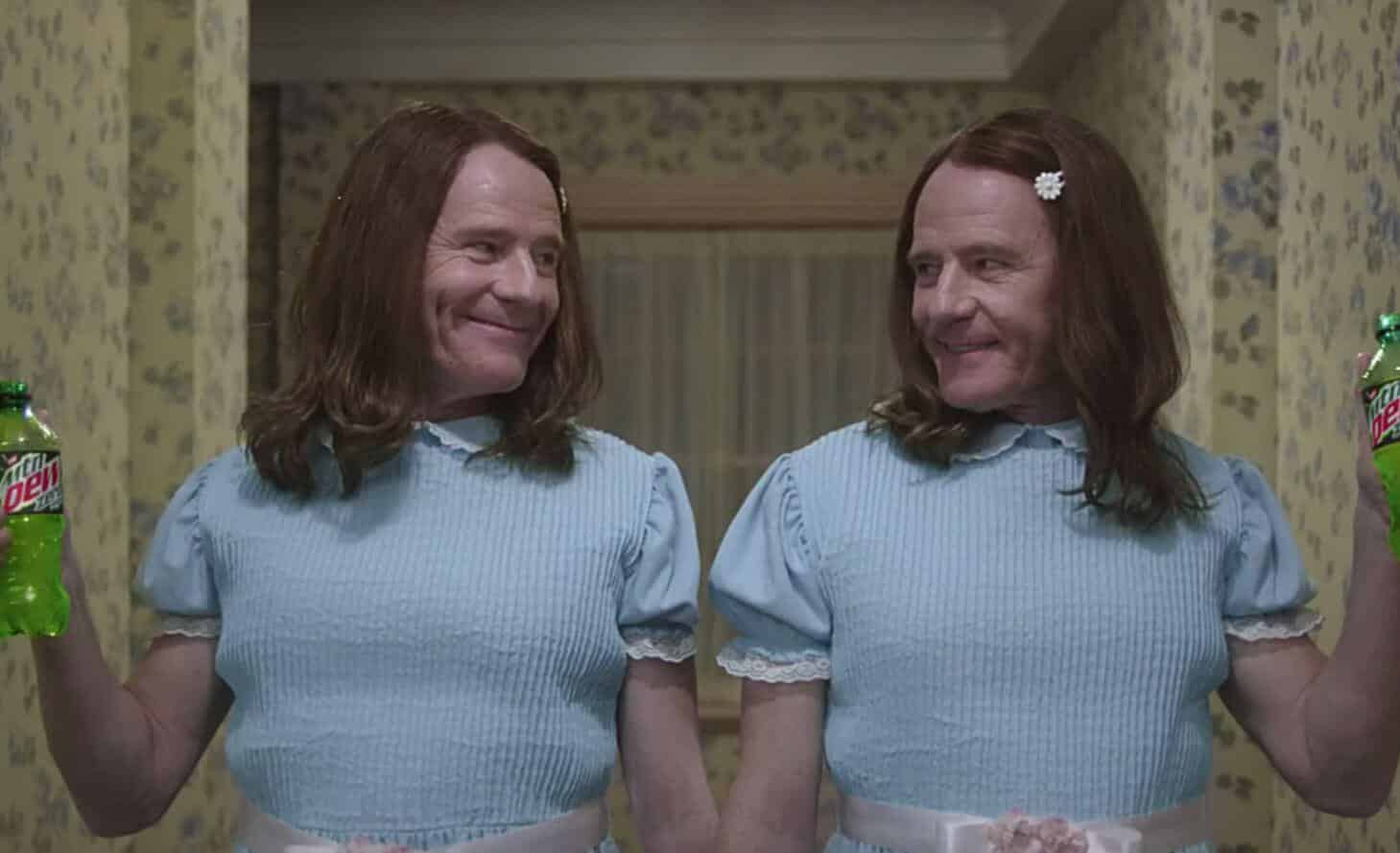 Stephen King is almost always a relevant topic with how often is works are being adapted, released, or even parodied decades after the fact. One of the most notorious films known for such parodies is The Shining, an adaptation directed by Stanley Kubrick for Stephen King’s novel of the same name. It’s become even more popular recently due to the release of Doctor Sleep, both a sequel to the Stanley Kubrick film and adaptation of King’s novel. As such, it looks like Mountain Dew is looking towards The Shining for their next ad campaign – and they’ve chosen one of the best Jack Nicholson replacements we’ve seen with actor Bryan Cranston.

As you can see in the advertisement posted for your viewing pleasure down below, Mountain Dew has decidedly taken iconic moments from the notorious horror film and recreated them with Bryan Cranston and hefty references to their new product – Mtn Dew Zero. It’s a surprising combination that I’m sure no one has ever thought of before, and yet all of these elements happen to work incredibly well together.

The advertisements include scenes where Bryan Cranston, in the role of Jack Torrance once played famously by Jack Nicholson, as he chases Wendy Torrance in a sequence not unlike the third act of the original movie. As he corners Wendy with her hiding in the bathroom, and he manages to begin breaking down the door, this is where things get very different – he decidedly hands her a refreshing looking bottle of Mtn Dew Zero.

The commercial contains a few other easter eggs to the original adaptation of The Shining, and it should be enough to make any horror or Stephen King fan crave a bottle of Mountain Dew. Maybe those marketing geniuses have finally figured out the perfect combination indeed.

Honestly, I might even have to put this up there with the Pepsi advertisement that was released for Alien 3 back in the 1990’s. Sometimes there’s just something so great about seeing our favorite horror icons mixed together with our favorite soft drinks.