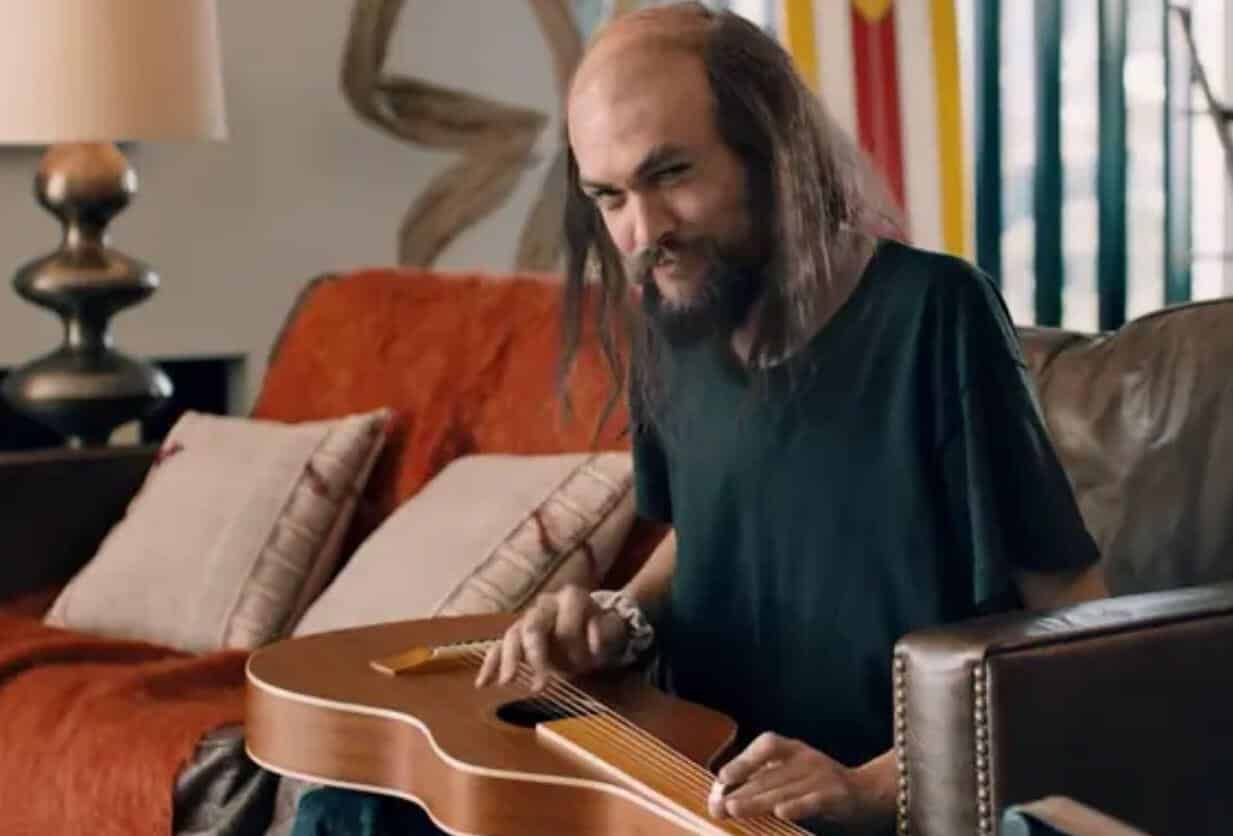 Jason Momoa has become a bit of a household name as of late, and a sex symbol to millions around the world. The Aquaman star is known for his gruff and muscular exterior and carefree attitude. But, his new Rocket Mortgage Super Bowl Ad may change the actor from the stuff of dreams to the fuel of our nightmares.

In his new ad, Momoa talks about his daily life, and his home being his sanctuary. As we pass all the paparazzi at his front gate, Mamoa enters his home, where he can ‘be himself’. He removes his boots and seemingly shrinks two to three inches. Not too peculiar, yet. Many boots have thick soles that add some height. But, as he continues through his house, the nightmare continues. As Jason continues discussing his home as a place to relax and be free, he removes his arm muscles, seemingly a body suit, to reveal skinny, bony, frail arms. He then lifts his shirt, removes his signature abs and pecs, to showcase a nearly anemic body frame.

Finally, as he plops on his couch, he rips off what is apparently a wig to show a balding Mamoa. The commercial ends with Jason trying to bench press an empty barbell, unsuccessfully, before his wife, Lisa Bonet, lifts it with one hand with ease. So, is our favorite aquatic superhero really faking it?

No, this commercial is just great special effects. But, it is pure nightmare fuel, as it is scary looking to see Mamoa in this form. No one was expecting this, and that is brilliant on Rocket Mortgages’ part. This commercial will be talked about for years. Which is exactly what you want when you spend over 5 million dollars on a Big Game TV spot. So, while we all have trouble sleeping tonight with thoughts of a sickly Mamoa dancing in our heads, good on you, Rocket Mortgage, for making a memorable Super Bowl ad.

What did you think of Jason Momoa’s freaky Super Bowl ad? Let us know in the comments below!