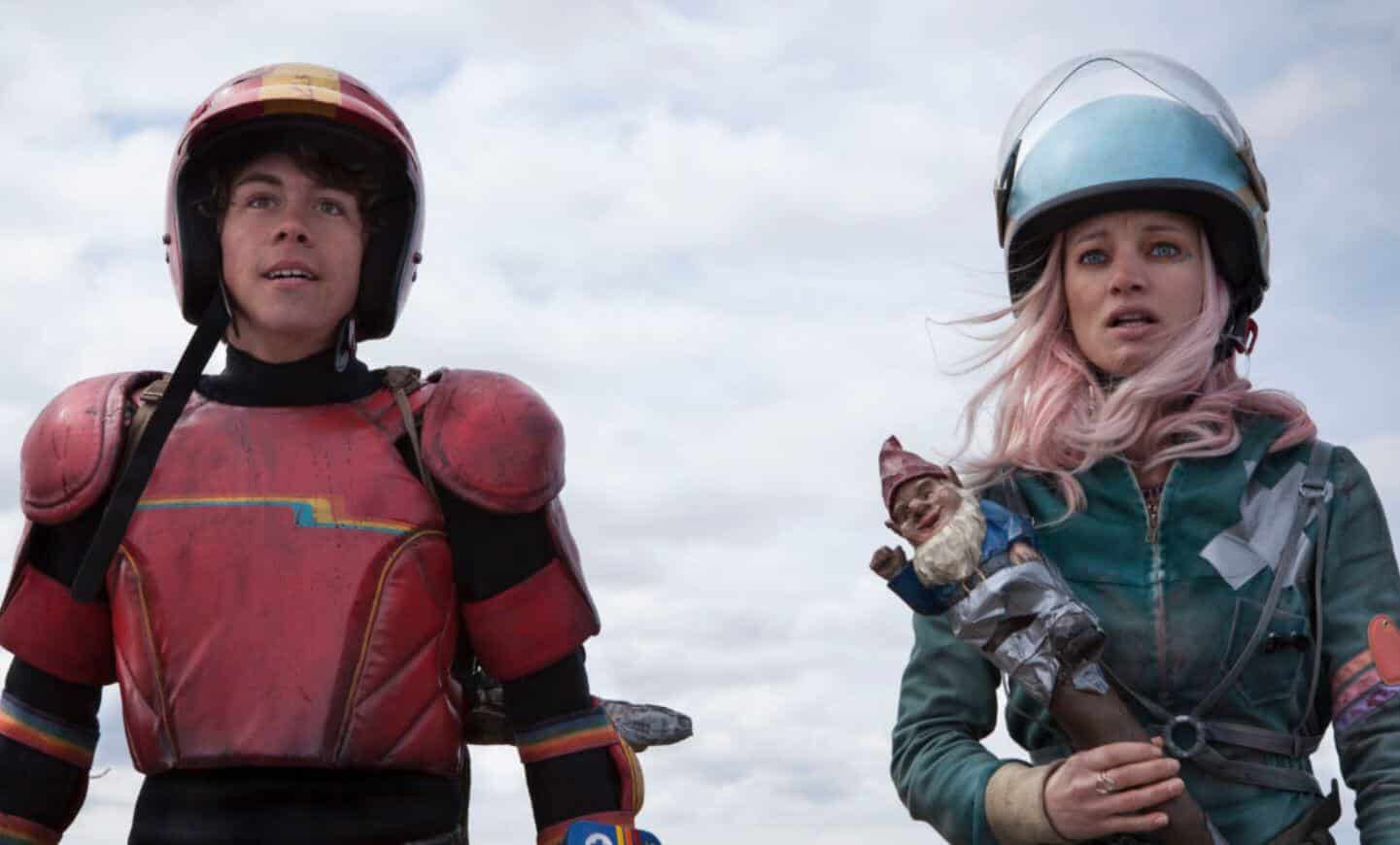 I know what you’re probably thinking, “What the f&*k is a Turbo Kid?” Well, for those that are not in the know. Turbo Kid is a bonkers independent dystopian sci-fi movie released in 2015. The movie was a cross between an “A Boy And His Dog, “Hobo With A shotgun”, the 80’s era, and blended with cheap Red Bull.

The movie garnered a strong cult following and is occasionally screened at independent theaters during the midnight hour. The story followed a comic book fan that adopts the persona of his favorite hero named Turbo Rider. What happens later is a post-apocalyptic adventure featuring a ton of ridiculous violence, humor, and Michael Ironside.

Currently, the movie is streaming online and you might want to check it out in preparation for the upcoming sequel!

Directors Yoann-Karl Whissell, Anouk Whissell, and François Simard had revealed that a film that follows the continued adventures of the Turbo Kid was planned as soon as the movie was released well over three years ago. The movie was intended to be set right after the events that occurred at the end of the first movie.

The report of an update on the sequel comes from the people over at Bloody-Disgusting. While on their podcast, The Boo Crew, producer Ant Timpson spoke about the follow-up that fans are waiting for.

“There’s a script for Turbo Kid 2. We want to make it, that’s all I can say. It’s really a case of finding the backers [financiers] because it’s way more ambitious. It’s kind of like Road Warrior‘s step up from Mad Max. Its sort of that kind of ambition…you need a little bit more money than we had for the first film. They want to make that a dream project.”

The idea of Road Warrior inspiring the next movie would be a great direction to take the story. It’s unclear if stars Munro Chambers and Laurence Leboeuf will reprise their role.

Have any of you heard of Turbo Kid? If not, what is wrong with you?!