‘Impractical Jokers: The Movie’ Review: A Masterclass On TV-To-Film Comedy! 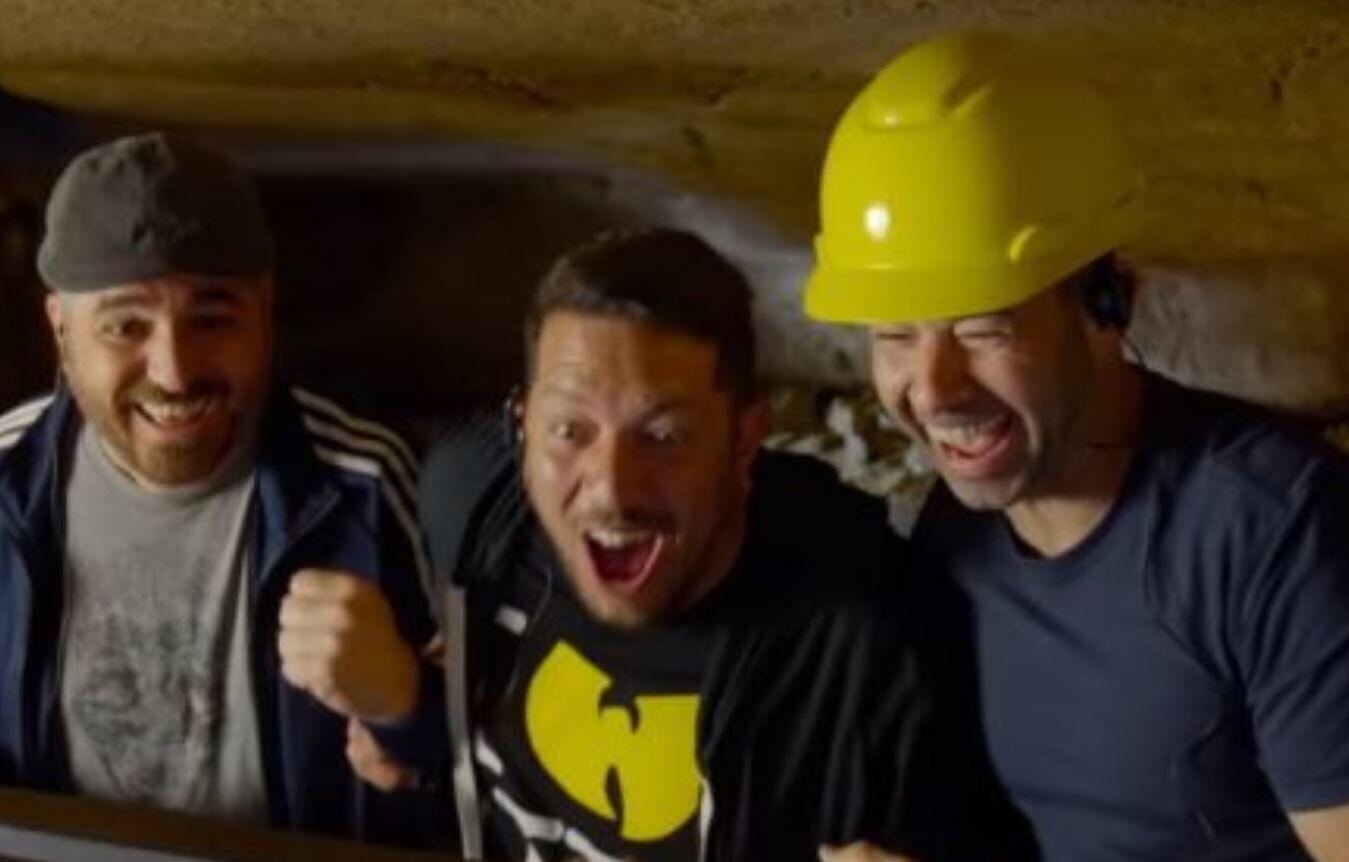 Four friends from high school like to embarrass each other, and that has turned into one of the most successful television shows ever. The Impractical Jokers started as a group of buds, Sal Vulcano, Joe Gatto, Brian ‘Q’ Quinn, and James S. Murray, who formed a comedy troupe in a basement known as The Tenderloins. A couple of hidden camera games later, and a show was born. That show has gone on to a 200+ episode run, and has literally helped redefine the TruTV Network. It has spawned spinoff shows like Inside Jokes and After Party. The Tenderloins have expanded to a great game show on TBS called The Misery Index. People love the real and true companionship surrounded by hilarious and sometimes tense games and punishments. And most of all, they love how genuine and genuinely ‘New York’ the Tenderloins are. Now, all that success has translated into a feature film, Impractical Jokers: The Movie, and let’s just say, be ready to laugh.

I had the esteem pleasure of an invitation to the red carpet premiere for the film. After a fun and rambunctious red carpet, we got to see the film that has been nearly 3 years in the making. The movie, directed by Chris Henchy, sets the guys on a road trip adventure to rectify a faux pas 30 years ago. For anyone that was expecting this to just a 90 minute episode on the big screen, you’re sorely mistaken. The flick has an actual (and good) plot, and some great comedic acting from everyone involved, even music legend Paula Abdul. (BTW, Paula does all her own stunts in the film. See it to get what I mean…) Of course, how do the Jokers solve issues? With hidden camera challenges, of course! And man, do they step it up to an eleven! From New York to Miami, fans get some of the most elaborate and craziest challenges that were ‘too much’ for network television. You get to see a whole new side of the Jokers (especially Murr…).

This film is a love letter to the Tenderloins and, more importantly, their fans. There are little nods and Easter Eggs to the show that diehards will laugh extra hard at. And, while this movie can stand on it’s own as a good way to introduce a broader audience to the Jokers, this is a fantastic and re-watchable fiesta for the fans. To put it simply, the movie is hilarious, fast paced, and fun. And, as it opens this weekend on limited release, I highly recommend everyone drive to the closest theater that is showing it, buy as many tickets as you can afford, and help get this movie to a national release. These guys deserve the love and us fans get to reap the benefits. So, go to the cinema, grab some popcorn, and laugh along with the Tenderloins. If you don’t, you get a thumbs down. Nobody wants that.