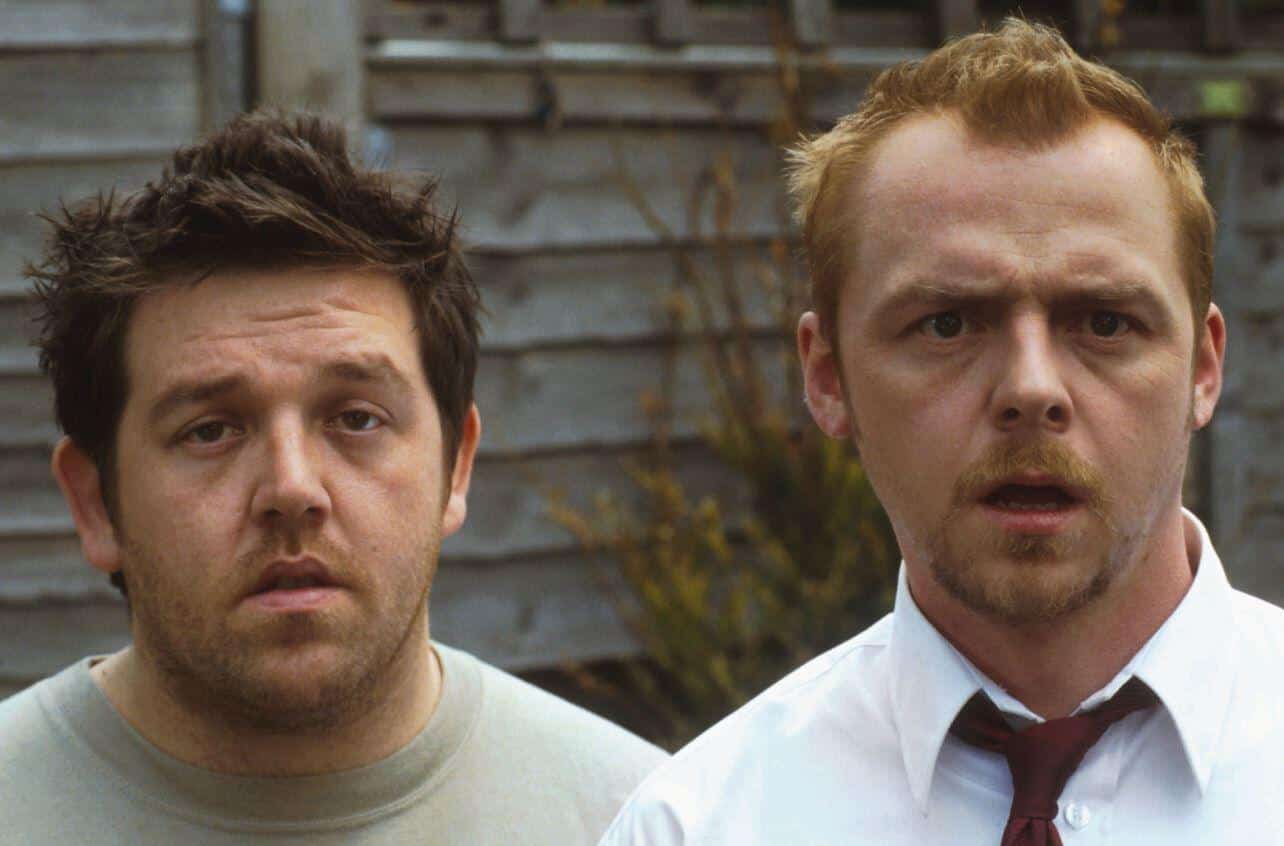 Dawn of the Dead. AMC’s Walking Dead. World War Z. Zombieland. 28 Days Later. There are a plethora of zombie movies and television shows out there for your viewing pleasure. But, if you had to pick just one to watch til the end of days, you would have to go with the first film in the Cornetto Trilogy, Shaun of the Dead. The film that truly introduced the world to the genius that is Simon Pegg and Nick Frost, Shaun of the Dead takes the zombie genre and spins it on its head in a comedic, yet still horrific, way. Now, as the world faces its own crazy pandemic with the Coronavirus, Simon and Nick have recreated one of the epic scenes from the film to help promote awareness and calmness in terms of COVID-19.

The video plays off of Simon Pegg’s character, Shaun, and his inept plan to ‘wait out the apocalypse’ at his favorite bar, rather than getting out of town. But, they flip the script to showcase the proper steps to help with the quarantine the world is currently facing. The PSA also throws other nods to the film, like Frost’s character eventually becoming a mindless zombie that Shaun keeps in his shed and plays video games with. The video even pokes fun at the inane hoarding of supplies, like toilet paper, before telling everyone to not panic and calm down. We’ll all get through this.

The Coronavirus has become an unprecedented global issue that has practically shut it all down to a standstill. This video not only lays out great guidelines to avoid spreading the virus, put it also pokes fun a bit at the slight overreaction we’re currently living in. The U.S. economy, and the world economy, is about to take a massive hit, one that could spiral out of control, all because of this swift jump to mass quarantine. We all need to relax, and don’t panic. And, then we’ll meet at the Winchester, have a pint, and wait for this all to blow over. Or, just stay safe, be sanitary, and take the necessary precautions. Be Safe, everyone.

What did you think of Pegg and Frost’s Shaun of the Dead inspired video? Let us know in the comments below!

Continue Reading
You may also like...
Related Topics:Coronavirus, Horror, Shaun of the Dead