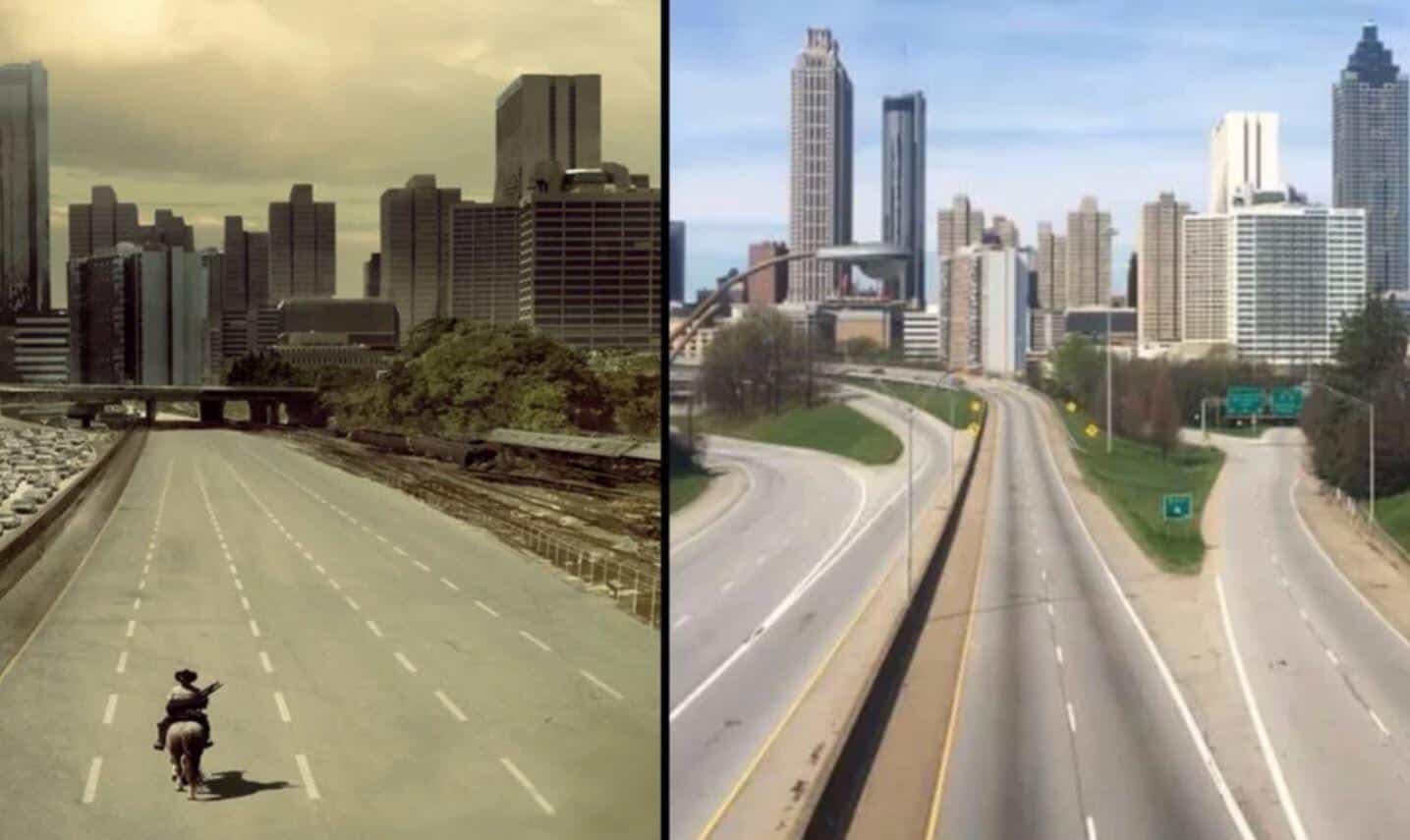 We’re at a moment in time when the Coronavirus epidemic is continuing to grow and escalate. While things still seem to be under control, albeit it in a rather unusual fashion than most people are used to, it’s still been enough of a scenario that fans of The Walking Dead are drawing parallels to the long running zombie television series. In fact, it becomes incredibly similar when you think about the massive amount of people in self-quarantine that’s rendered commonly busy cityscapes something of barren wastelands. It definitely looks like something out of a horror movie or show. Now amidst the social distancing people have taken to fight against the spread of the Coronavirus, one fan has taken to Twitter to share his own comparison to The Walking Dead.

In a new comparison post between real life Atlanta during the Coronavirus pandemic and the version of it as shown in the promotional material for the first season of The Walking Dead, Twitter user The Mad Engineer has surprised everyone with the fascinating parallel.

“So I asked my old college mate, that lives in Atlanta, to try and reproduce this iconic promo photo from s1. With there being no Atlanta traffic due to the pandemic, he went to Jackson St. Bridge and took this for me today,”  The Mad Engineer wrote alongside his photo post.

As you can see, aside from the lack of grim yellowish green lighting, the abandoned Atlanta highways are certainly a dead ringer for those displayed in the poster for The Walking Dead. In fact, it might even be considered a little too close for comfort. But as long as we continue to fight the spread of the Coronavirus, things should be back to normal in no time rather than escalate to something like The Walking Dead.

For now, it really is fascinating to see how easily our society can be broken down into a Walking Dead-esque photo shoot.

Continue Reading
You may also like...
Related Topics:Coronavirus, Horror, The Walking Dead