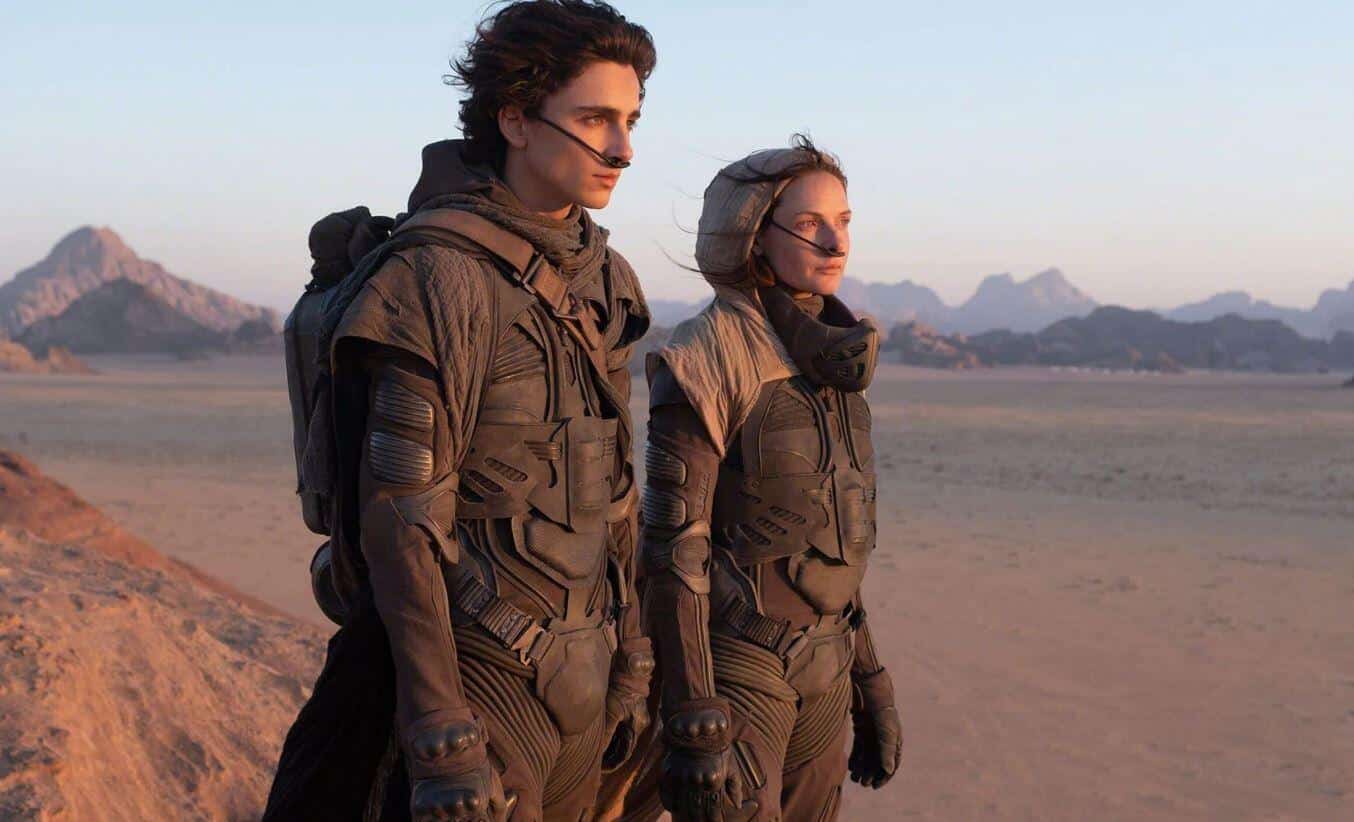 One of the most intriguing projects still scheduled for 2020 is Dune, which is the long-awaited reimagining of Frank Hebert’s 1965 novel. Regarded as an incredibly ambitious piece of science fiction, the material has been regarded as a challenging work to adapt to the big screen, with filmmaking titans like Ridley Scott and Alejandro Jodorowsky attempting a film adaptation before their eventual cancellation (the latter director’s journey was brilliantly covered in the documentary Jodorowsky’s Dune). With advancements in modern technology, Blade Runner 2049 director Denis Villeneuve is now bringing the acclaimed masterwork to the big screen.

While we’re still a ways away from the film’s Christmas release, the first official look at Dune has been revealed, which shows star Timothee Chalamet wondering a dystopian world, as well as Jason Momoa, Oscar Isaac and more! Check out the new images along with Denis Villeneuve’s thoughts on the upcoming project.

"In a story of such detail and scale and world-building, the protagonist is on an anti-hero’s-journey." pic.twitter.com/2S35xhD5TS

“’Dune’ was made by people from all over the world. Many of these people are like family to me, and they’re very much in my thoughts. I’m so proud to showcase their hard work. I look forward to a time when we can all get together again as ‘Dune’ was made to be seen on the big screen.”

Considering Villeneuve’s expansive talent and the impressive skill of rising star Timothee Chalamet, Dune has the potential to truly do right by its longstanding source material. Villeneuve is well-versed to bring big-budget, high-concept properties like this to the big screen, doing a masterful job with Blade Runner 2049 in his efforts to expand on its origins while staying true to the heart of the material.

I am curious to see if Dune ultimately stays as a 2020 release, with the latter half of the year release calendar getting more crowded by the day. Either way, I cant wait to check the film out whenever its released in theaters.

Are you excited for the new Dune adaptation? Let us know in the comments!