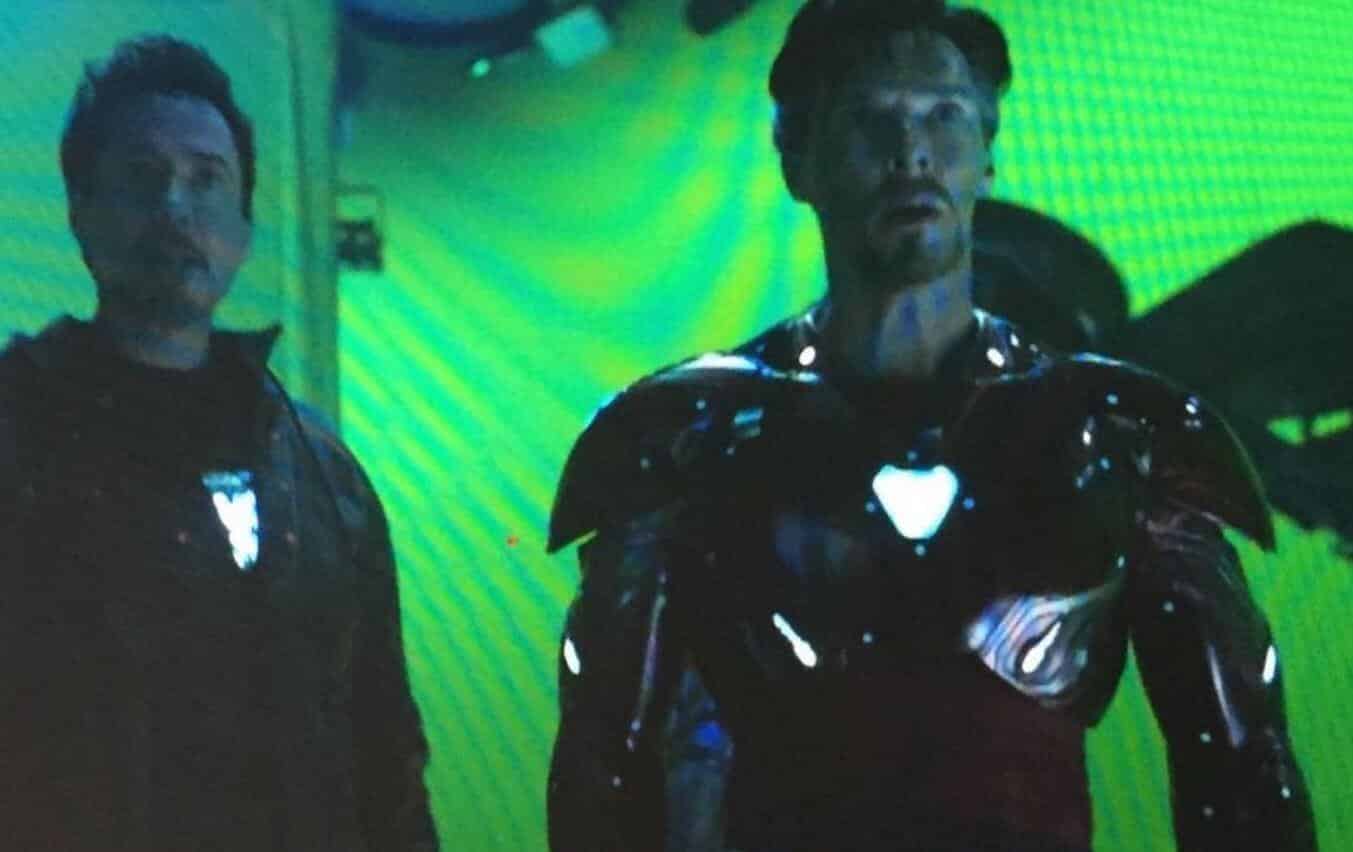 As the world continues to deal with the COVID-19 pandemic, we are looking for anyway to not just entertain ourselves, but to interact with other human beings, albeit virtually. And, thanks to ComicBook’s Quarantine Watch Party, the writers of the massive hit movies, Avengers: Infinity War and Avengers: Endgame (the later of which went on to be the highest grossing film of all time), are giving us a couple more insights into some behind the scenes moments that we never actually got to see on the big screen. This scene in particular gives fans a visual of the Iron Doctor – with Iron Man and Doctor Strange.

So, there were other versions of this rescue. Some were just too awesome (and long) to keep. But still, one can dream… #Infinitywar #QuarantineWatchParty -SM pic.twitter.com/ZToVfWpnHg

Writers Christopher Markus and Stephen McFeely shared on Twitter a picture of Benedict Cumberbatch’s Dr. Strange in Tony Stark’s Iron Man armor. Fans got their first look at this from some concept art released online, but this picture shows that at least part of the original version of the scene was shot on camera. And, while the concept art is amazing, it simply pails in comparison to actually seeing it attempted in real life. The tweet reads, “So, there were other versions of this rescue. Some were just too awesome (and long) to keep. But still, one can dream…”. It seems that the scene was far too long and complicated to use, but that also means it would have been an incredibly epic scene to showcase.

It’s unclear if we’ll ever get to see the actual scene that was shot, but regardless, seeing the Sorcerer Supreme in Iron Man’s armor is truly a sight to behold. How much would we get to see of Strange’s use of the armor? Would it be a full on epic battle, or just a quick “Finish Him!” kind of thing? Either way, fans really want to see how this would have played out in Infinity War.

What do you think of Strange in the Iron Man armor? Let us know in the comments below!