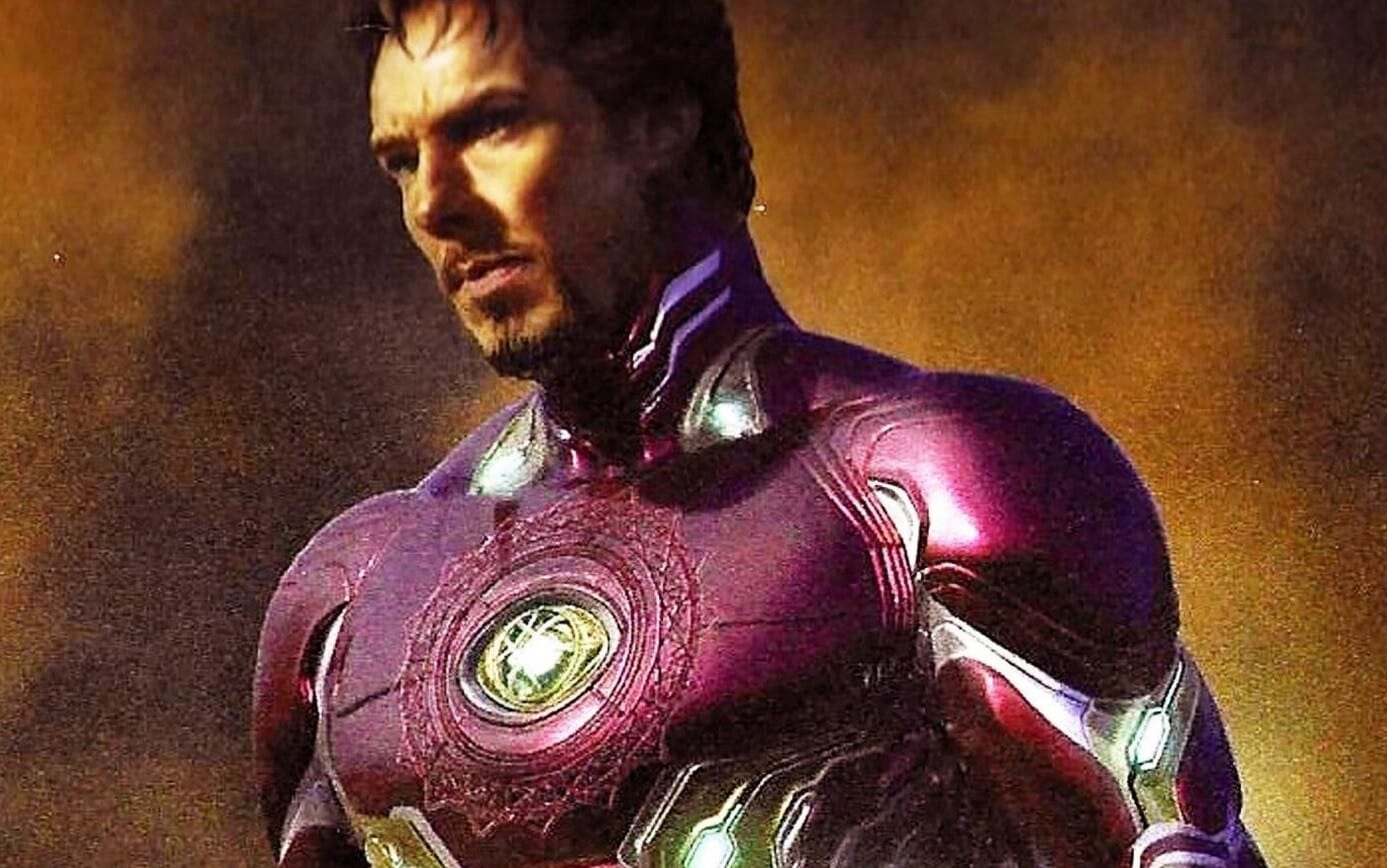 Comic book fan fiction is rampant on the internet now more than ever. And, when people aren’t putting their favorite characters into strange relationships, they’re building amalgamations by combining two or more characters into one new being. This is something that the two biggest comic book companies, Marvel and DC, actually did back in the 90’s after their major crossover event. Now, while these combos didn’t go over so well, it was still a very interesting concept. Fans love to fantasize about what it would be like to see their favorite heroes share powers and gear. We even got a bit of it in the Marvel Cinematic Universe, with a Spidey suit powered by Tony Stark’s tech, and Captain America wielding Mjolnir. But, we almost got another combination that would have brought together science and mysticism.

“Iron Strange” – an idea that was cut from the script of Avengers: Infinity War. On the Q-Ship, Tony Stark was going to transfer his armor to Strange to protect him from Ebony Maw’s torture needles. #avengers #avengersinfinitywar #ironman #drstrange #mcu #marvelstudios #marvel #conceptart

Thanks to the release of some concept art from Avengers: Infinity War, we’ve found out that the spaceship scene with Dr. Strange, Iron Man, Spider-Man, and Ebony Maw almost went differently. We almost got to see an Iron Strange! The artist, Phil Saunders, explained that Tony almost slipped Strange his nanotech armor to help him deal with Maw’s torture needles. This would have led to a Sorcerer Supreme wrapped in Iron Man armor, and it would have looked amazing. In place of the arc reactor, we would have had the Eye of Agamotto. And, more concept art from the Avengers: Endgame – The Art of the Movie book shows not only Iron Strange, but also Tony in the Sorcerer Supreme’s uniform, Cape of Levitation and all.

While it would have been really cool to see this on the big screen, it would have taken the story in a very different direction. Obviously, the people behind the film, whether it was the directors, or Kevin Feige himself, felt that it wasn’t the way to go. And, with the success of these last two films, it’s hard to question their choice. Still, we get a nice ‘What if..’ moment here with this art, and it’s pretty amazing.

Would you have wanted to see an Iron Strange? Let us know in the comments below!