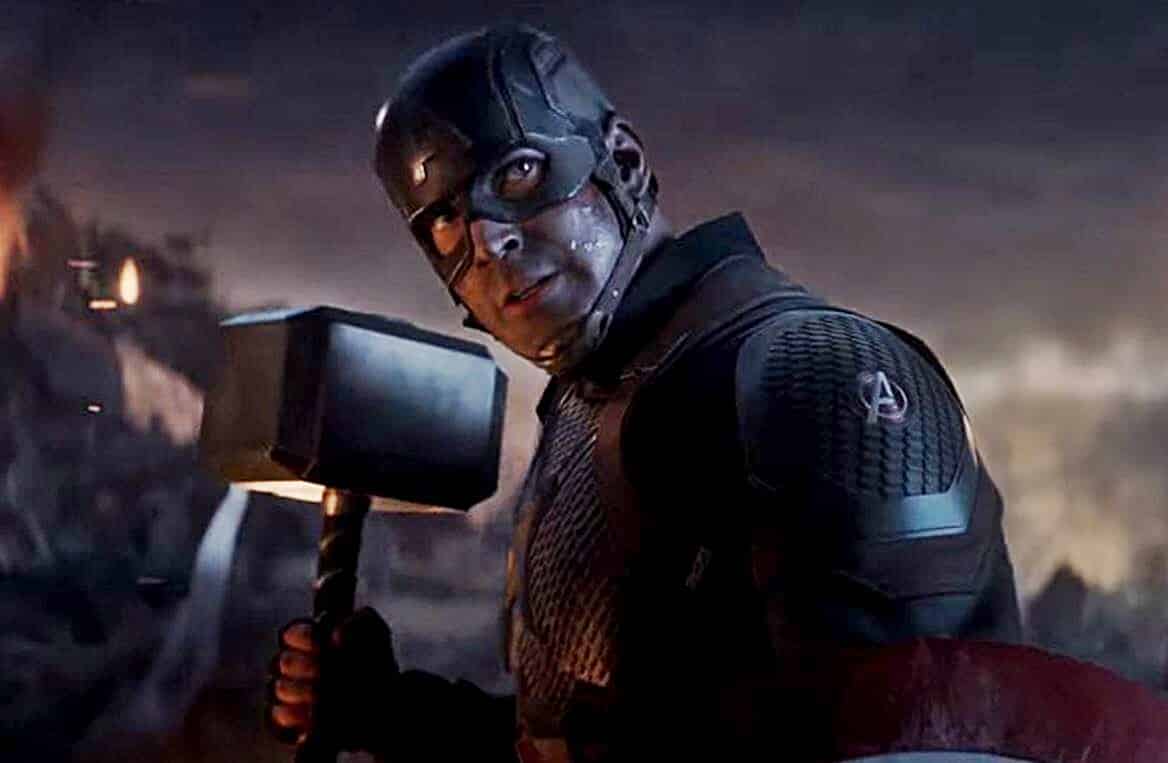 Avengers: Endgame has recently become the king of the box-office by finally dethroning James Cameron’s Avatar and to celebrate the occasion, fans are in for a treat. The film displayed a beautiful array of character development, action set pieces, and emotional beats that would bring a tear to anyone with a beating heart. Though the film is still in theaters and will be hitting the home release market soon, there have been some clips from the movie showing up online. One of these clips is a jaw-dropping moment, featuring Captain America, that has been seen in the comics and is a sight to see once realize in real life.

Going back to the Avengers: Age of Ultron, many have speculated that there may have been more than meets the eye in the scene featuring Steve Rogers, aka Captain America, attempting to lift Mjolnir. Many people theorized that Capt. could always lift the hammer but either felt unworthy or didn’t want to rain on Thor’s parade.  That all changed in Endgame once the powerful hammer was called to aid Captain America to save Thor and give Thanos the beating he deserved. That was well, magnificent, and shocked everyone who saw it.

Check out the clip below!

The fight between Thanos and Captain America looks like something right out of the comics and is one of the biggest highlights of the film.

/Film was fortunate enough to catch up with Matt Aitken, Weta Digital’s visual effects supervisor on Endgame. Here’s what he had to say on creating what audience members were privileged to witness:

“The fans, it’s almost like they were anticipating that moment. We hoped that that was going to play as well as it does because we’re a bunch of fans as well…those were just great shots to do. They weren’t particularly challenging [from a VFX standpoint]. We had the lightning that we had to work up. We wanted that to look really good. We just knew that was going to be a thing.

“When you see Mjolnir lifting up off the ground slowly, you know it’s not Thor because he’s being dealt to by Thanos. It’s as much a surprise to him as it is to everybody else. But that shot where we whip-pan with the hammer and see Cap holding it, the crowd goes crazy at that point. We did three versions of that shot. The one that ended up in the film, there’s no lightning on Mjolnir, but we did a little bit of lightning and then a bit more lighting as well, and we presented them to the filmmakers and they were editorially able to play around with which one they went with.”

I can agree with Aitken. The crowds went wild when Mjolnir landed in the hand of Captain America at the multiple screenings I attended.

Let us know what scene is your favorite in Avengers: Endgame below!