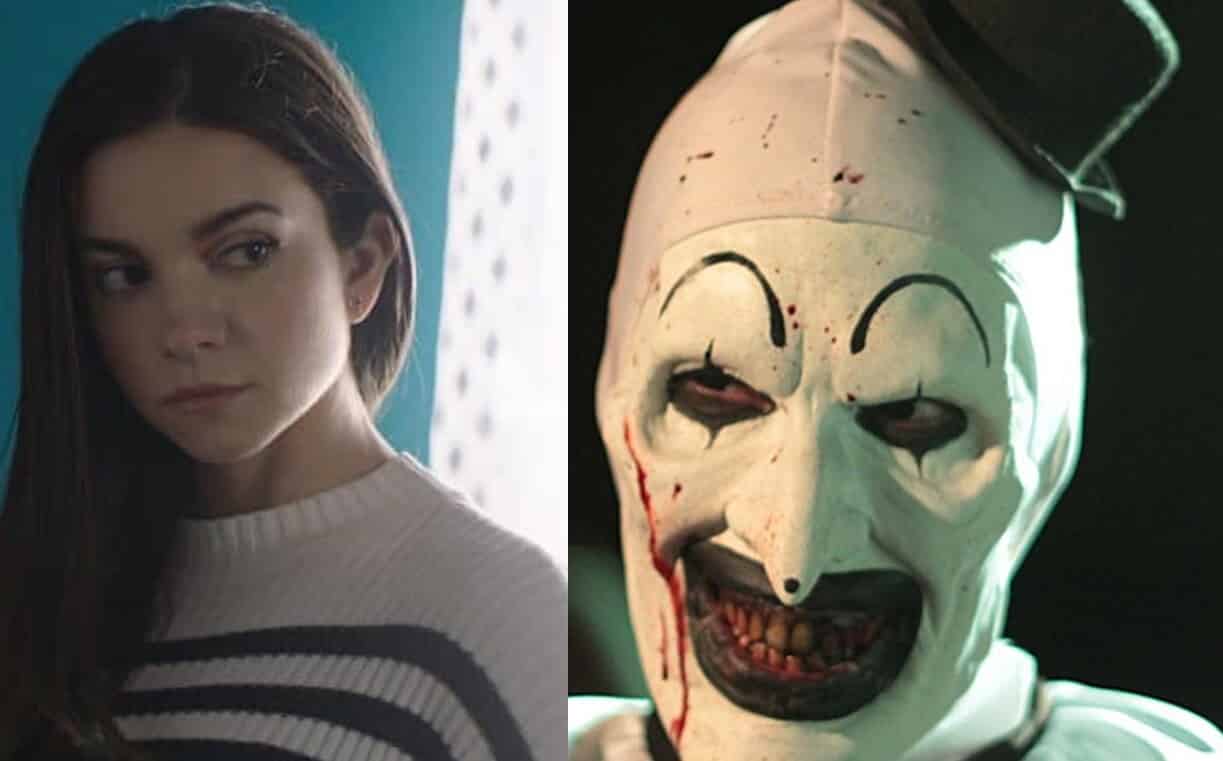 One of the more surprising horror hits in recent years was Terrifier, which through its release helped popularize its villain Art the Clown as a true slasher icon. In fact, the film was so surprisingly popular with horror fans that a sequel titled Terrifier 2 was quickly announced. The movie recently headed into production after a successful crowdfunding campaign. Now the film’s director Damien Leone has shared the first official photo look at the film’s lead actress in Terrifier 2, Lauren LaVera.

Of course, like many projects that were in the midst of production around this time, Terrifier 2 was unfortunately impacted by the Coronavirus pandemic. Nevertheless, however, Leone is keeping things positive and has been using the time in quarantine to better prepare for the final days of the shoot.

As explained by director Damien Leone via the film’s official Facebook page:

“We are using this quarantine to prep for our final days of principle photography (not many) and to edit the vast amount of footage we already have! All I can say is you guys are in for a real treat with this film! More updates to come soon…maybe even a teaser

As always, thank you to everyone for the amazing support! Your excitement for T2 really motivates us to work even harder. Please stay safe and healthy out there!”

Although it’s a bit disappointing to hear that production on Terrifier 2 was unfortunately cut short due to the Coronavirus pandemic, it sounds like it’s given the team behind the project a chance to better prepare themselves for finishing things up. And on the bright side, the newly released photo of Lauren LaVera in Terrifier 2 certainly looks great!

Hopefully we get to find out more about the upcoming sequel within the near future, and as Damien Leone has suggested – perhaps we will even get to see a teaser from the film very soon.