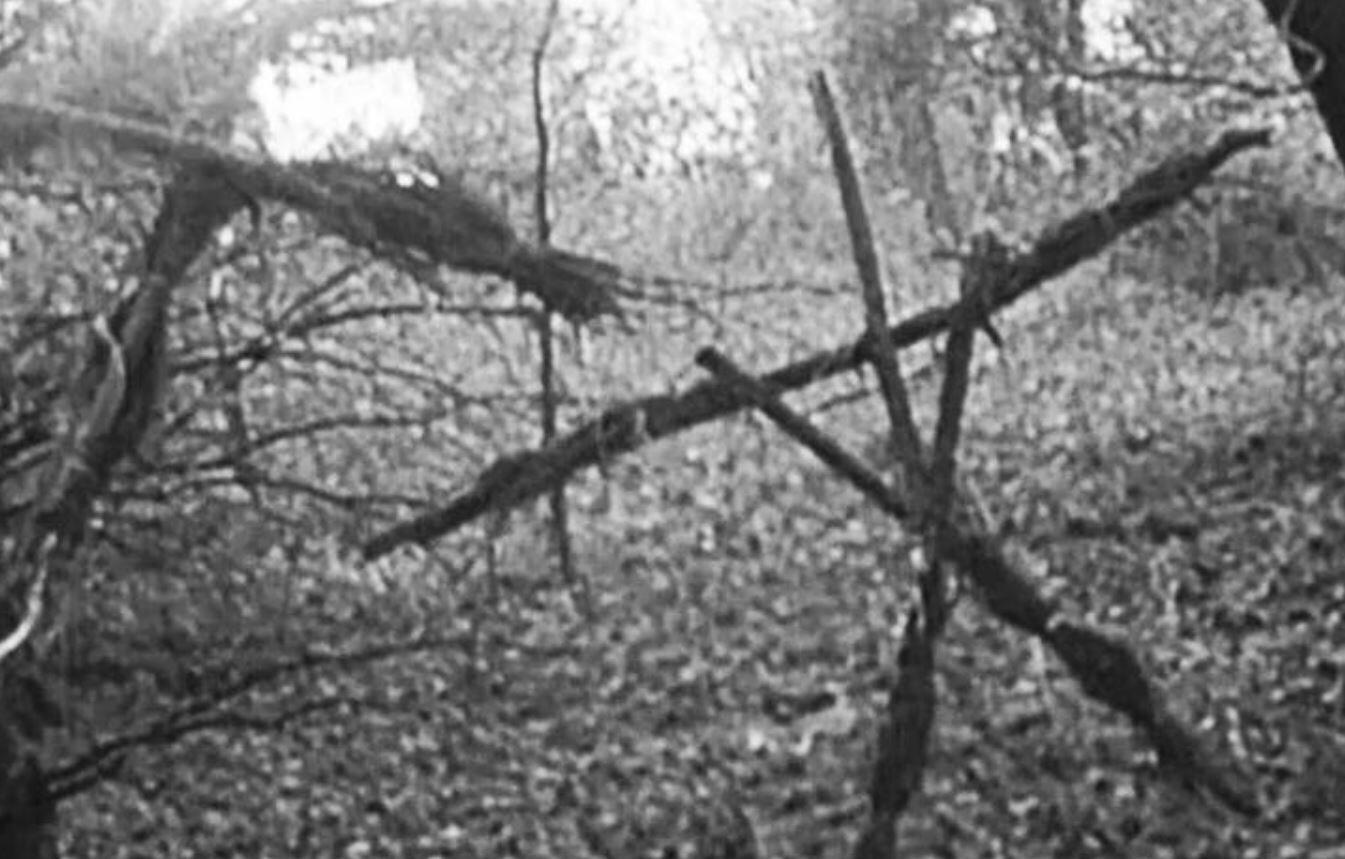 It goes without saying that the 1990’s horror film The Blair Witch Project remains one of the most successful and influential entries of the found footage genre. The movie’s ability to appear so vividly realistic has allowed it to maintain a consistent spot in pop culture. Its iconography is another reason, for example, the variety of eerie stick figures have become a key symbol for The Blair Witch Project and its related media. Now it seems reality is getting a little too close to fiction – as people have been discovering eerie stick statues in the Glasgow, Scotland area.

As you can see, the stick statues are a rather eerie sight. They’re obviously man made but also subtle enough to have just the right amount of creepy simplicity that can send shivers down your spine at night. After all, who would want to stumble across such strange stick statues walking around the wilderness? It’s just a naturally scary image that instantly brings to mind those featured in The Blair Witch Project. Here are some pictures of just a couple of them:

Forgot to post these but found these weird spooky lil tent things on my walk through Linn yday n honestly if the place wasn’t slightly creepy before it sure as hell is now pic.twitter.com/XhhZtNVUF0

Here’s what Glasgow Live had to say:

“One local noticed a serious of piles of sticks, stacked in a wigwam formation, in a patch of grass while walking through a quiet area of Linn Park near the White Cart Water. And they have joined other similar structures spotted over the past few days within Pollok Park and Queen’s Park over the past few days.”

Some of the comments regarding the sticks:

It definitely doesn’t seem like there’s any specific answer as to what these stick statues are, at least not at first glance. Could it be the workings of someone that’s just a little too bored during this Coronavirus pandemic? Or could they have a much more eerie purpose? It’s definitely interesting to ponder, and perhaps some of you could have more information on the subject to offer.

Until then, let’s just hope we don’t start seeing anything else that calls to mind The Blair Witch Project. We’ve already had enough trouble this 2020.

Continue Reading
You may also like...
Related Topics:Horror, The Blair Witch Project