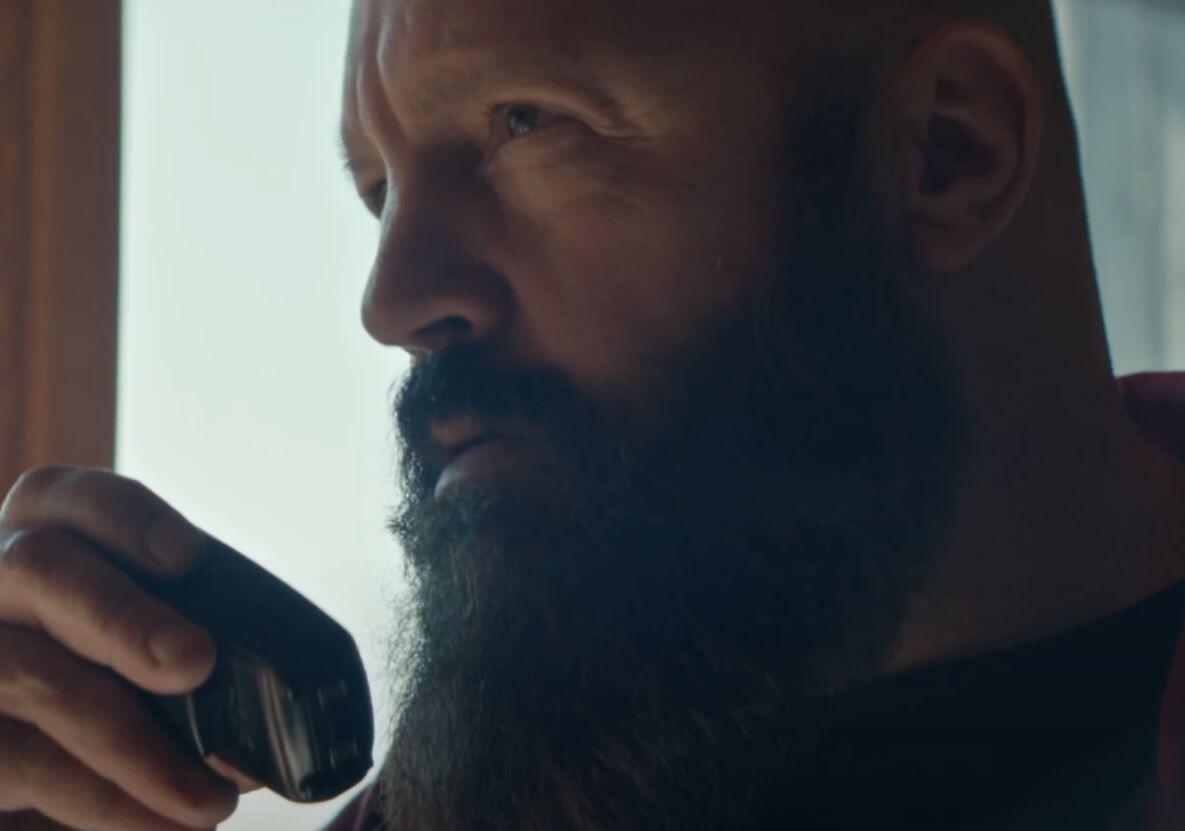 The first trailer has been released for the upcoming action/thriller Becky, and with it comes a unique change for actor Kevin James, who is best known for his comedy appearances. As you can see in the footage for Becky down below, Kevin James is depicted playing his first villain. And it’s a pretty extreme one at that, considering his resume. James plays a bearded skinhead Nazi – so, yeah, definitely not how audiences are used to recognizing the Mall Cop actor. What’s more, the film appears to be something of an R-rated take on the Home Alone concept.

The film, which contains “strong bloody violence, grisly images, and language,” focuses on the titular Becky (Lulu Wilson). She’s a 14-year-old girl that accompanies her father for a weekend at his lake house. Unfortunately, Kevin James’ character Dominick leads a group of convicts for a home invasion attack on the lake house – and Becky is forced to fight back.

It certainly does look like this new film will have some interestingly different takes on some familiar concepts. Of course, it must be said that there definitely seem to be some fresh ideas in general, especially considering that actor Kevin James taking on such a different type of role and appearance. Along with the bloodily-described R-rating that the film was recently given, it definitely seems like Becky will be a film worth checking out.

Nick Morris, Ruckus Skye and Lane Skye wrote the script for Becky, which was directed by Jonathan Milott and Cary Murnion.

Quiver Distribution and Redbox Entertainment will be releasing the film in North America on digital and VOD platforms on June 5. The film was originally going to premiere at the Tribeca Film Festival last month in April, but due to the Coronavirus pandemic it will simply be getting released next month. Hopefully it lives up to the hype that came with the trailer.

Continue Reading
You may also like...
Related Topics:Becky, Kevin James