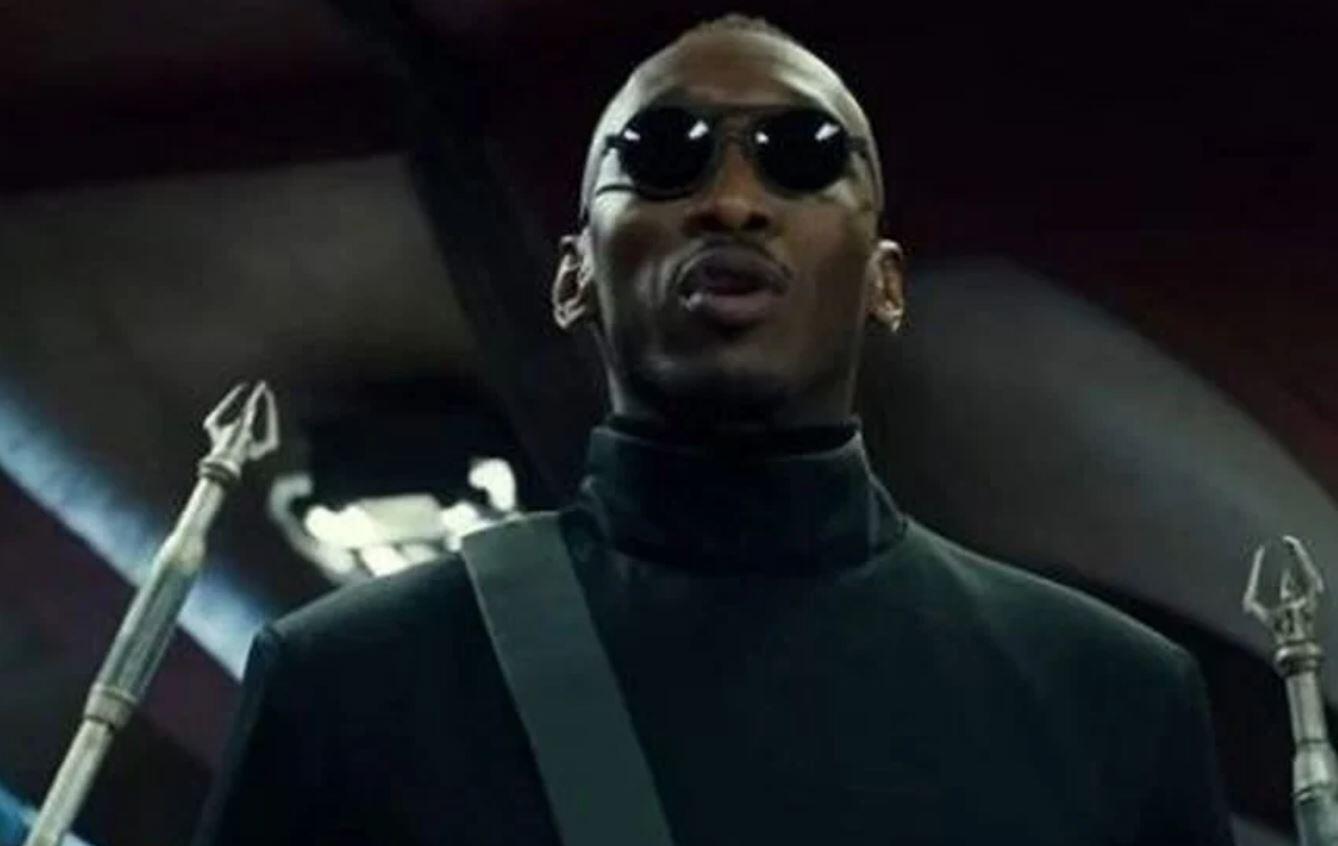 Ever since the big announcement from Marvel Studios head, Kevin Feige, at the SDCC 2019 Hall H Panel for the Marvel Cinematic Universe, fans have been ecstatic over the news of two time Academy Award winner, Mahershala Ali, being cast as the new Blade! The godfather of the modern comic book movie, the Blade franchise redefined ‘hero’, eliminating bright spandex and pure morals for a more realistic (albeit very 90’s) and bloody feel. Wesley Snipes embodies the Daywalker perfectly, but his ego got the best of him by the time the third film came about. Now, over 15 years later, Marvel is bringing the character back and into the MCU, courtesy of Ali. And, the actor took time to share some fan art of what he might just look like as Blade.

On his Instagram, Ali share a minimalistic style drawing of himself as Blade. It doesn’t really show much, but you can see the classic haircut and cross around the neck. It feels a bit like his Cottonmouth look from the first season of Netflix’s Luke Cage, which was a moment when many fans saw a bit of Blade in the actor. This role certainly means a lot to Ali, especially when you consider that he called up Feige and asked for the role himself. And, when a two time Oscar winner calls you up about a role, you listen.

Ali is a perfect person to take on the Daywalker in the modern era. Looking over his vast catalog of great work, combined with his passion for the character itself, and you’ve got a winning formula. My only fear is the dreaded ‘creative differences’ issue. Sometimes, an actor with that much clout and that much passion for the character can clash with the vision that the studio has in mind. Hopefully, Ali understands what the MCU is, and he and Feige can stay on the same page. That way, we get the best Blade possible.

What do you think of this look? Let us know in the comments below!