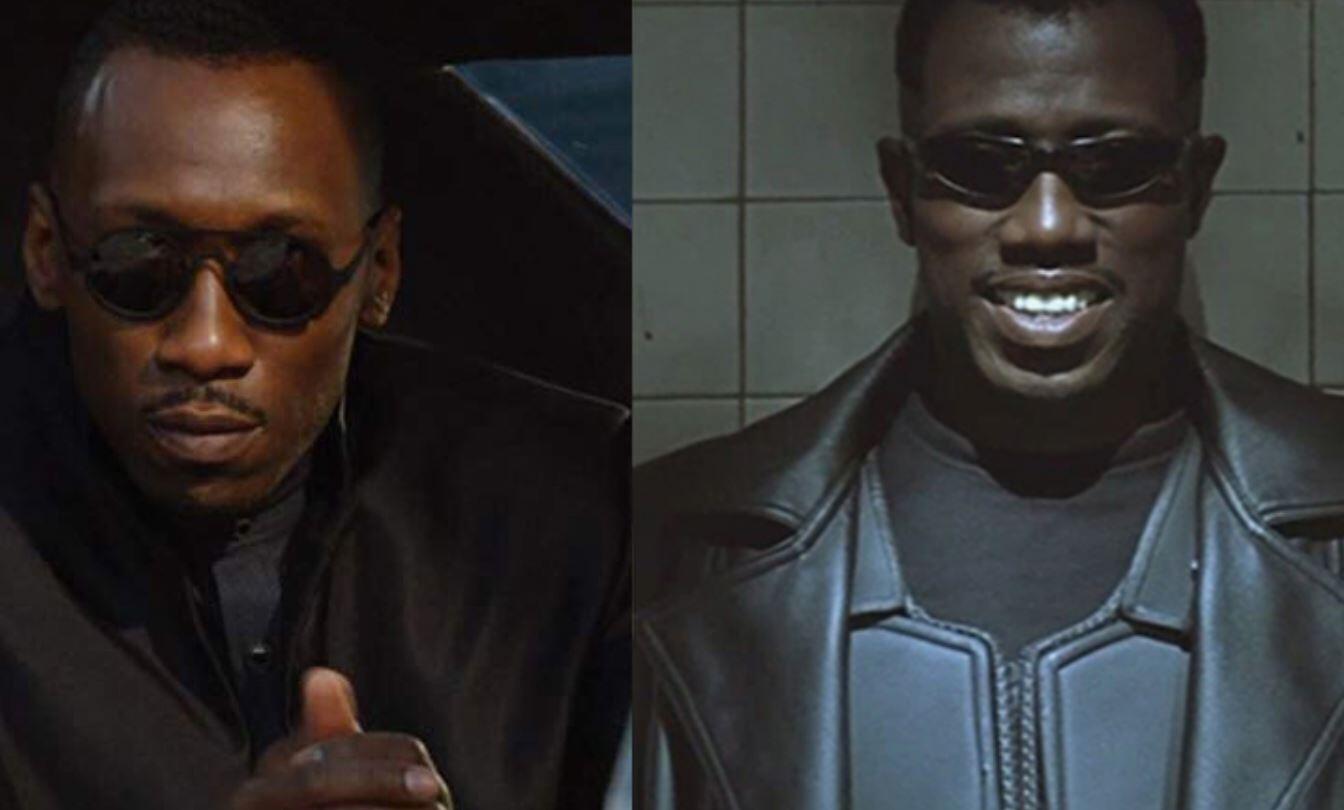 Because the Marvel Cinematic Universe is essentially run by Disney, which tends to neglect anything harder than a PG-13 rating, fans never expected that a new Blade movie would officially be integrated into the new franchise of superhero movies. But as it turns out, all of those fans were wrong – as we now know Blade will in fact be getting introduced into the Marvel Cinematic Universe, as Kevin Feige revealed at last year’s San Diego Comic-Con. This time the character will be brought to life by actor Mahershala Ali, and while we still have awhile to wait before he steps in front of the camera – digital artist ApexForm decided to render the actor in his own interpretation of Blade.

As you can see down below, the artwork takes actor Mahershala Ali as Blade and places him in front of a captivatingly vivid red and black background. He also happens to be a sporting a pair of sunglasses with enchanting red lenses, and naturally he has his sword raised and prepared for battle.

It’s a surprisingly refreshing take on the character that also respectfully acknowledges the interpretations that have come before. And although it’s not the official first look at Blade, the artwork is still a hopeful enough tease at what fans can expect.

While we still don’t know when exactly the new Blade movie will be released, we can expect it will be somewhere around Phase 5 of the Marvel Cinematic Universe. It’s definitely going to be a long wait as mentioned before, especially until we get to see what Blade will actually look like when he arrives in the MCU. But with artwork like this, the wait becomes a little easier.

Hopefully we find out more about the eventual Blade project soon, and how exactly it will fit into the overall nature of the Marvel Cinematic Universe’s future. After all, we have characters like Ghost Rider lurking about thanks to Agents of SHIELD. And with Sony’s upcoming Morbius film potentially crossing over with the Marvel Cinematic Universe, perhaps we’ll be seeing Blade in a lot more than just his own solo film. Maybe he’ll pop up in a Midnight Sons storyline.

Blade vs. Morbius the living vampire!! ____ With the release of @sony @morbiusmovie and that big reveal at the end. Is there a chance that we could actually see @mahershalaali Blade take on @jaredleto Morbius? A fan can hope right? #yayornay👍👎 #marvelstudios #sony #marvel #blade #vs #morbius #fanart #bepositive✌ ____ What do you all think? Do you think this is a legitimate possibility? Do you you want to see that faceoff? Sound off in the comments with your thoughts. ____ And for more original art follow me @apexform and dont forget the double tap..